Longitude Off Center On ILS

Anyone else experiencing the Longtutude off center on ILS. I have flown it 3 times and it keeps flying the plane about 50 feet left or right of the runway. GS is capturing just fine.

I use the WT G3000 mod and the longitude performance mod from Dakfly.

A lot of ILS approaches, especially at smaller airports, are indeed off center in real life. I fly into KCRW in Charleston, WV, and the ILS invariably lands you about 25 feet to the left of Runway 5.

So, I am using Navigraph NAV Data. It is strictly
On the longitude. So far it’s been on KPHX ILS 25L and KLGA on Runway 11L and KBOs I think it was 8.

These were in large airports

Please report this in the Navigraph forum, that we can look deeper into it. Thank you

Well, I’m pretty sure it is just Longitude specific. This doesn’t happen with other planes. Also I’ve seen this has been reported before for the longitude.

Did you try the G1000NXI mod?
I have heard it fixes a few of these types of issues.
Also if you do have that mod already installed, I believe I have also read the two are not compatible together.
You would probably need to uninstall the NXI mod.

The longitude does not have the G1000. But yes it is also installed for other planes.

You had mentioned you were using the G1000, I thought you must have somehow added it.

I didn’t put two and two together to figure out you were just using it with other planes!

Do you have the latest version, 1.95 with the FDE fix?

Is your Nav Data up to date?
I have both the Longitude mod, Navigraph Nav Data and I can’t replicate this.
I only tried at KPHX 27L (110.75) and was spot on the center line.

Could this be a conflict with anything in your community folder?

I can also confirm @TheSevenflyer observation,
all ILS approaches (not LDA) which I have tried now were absolutely center-lined wirh the Longitude. And I have tried 4 large US airports and two small one.

Therefore, it looks an issue on your side.

I wonder if indeed it is a conflict with a mod. Not sure which ones it could be but then again I could remove them and see.

How are you doing these tests? Are you just setting the arrival for that runway? I have to play with it some more. I’ll send some screenshots. I know for certain it was 25L in PHX.

To other questions everything is up to date. I am using Add On linker now so I will try it with other things disabled.

Was to put a question about this… I am also experiencing a minor ILS problem with this;
Longitude - FD mod
G3000 - WT mod
Navigraph, updated

ILS nearly always will be somewhat to the right, but the ILS indicator is in my case showing this error, but the AC do not correct it. So if the AC just follows the ILS indicator this should be fine, but there seems to be some bug somewhere.

As indicated above, I don’t have the issue at all.
I doubt it’s a bug, or there would be numerous reports in here on that.
There are a few on the glide slope issues for the Longitude, and they seem to have been addressed, but other than this post, nothing.
I’m suspect you realize the necessity for correct speeds on approach, too slow and you won’t hold the localizer.
It may be a conflict issue, if you have any other addons in your community folder, I would remove them and then try.

I wonder if this is what folks are seeing. This was me.yesterday, two hour flight from Athens to Rome, ILS 36R. Note how the ILS is just slightly off. It’s just a slightly offset wind, so it’s not a x-wind factor. 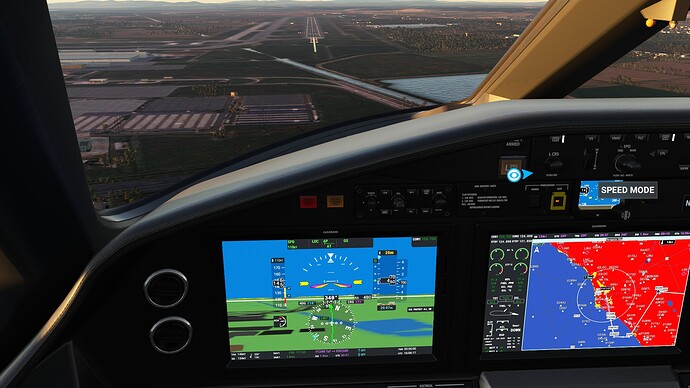 Good question.
I think its time for a Longitude flight to find out!

Exactly what was happening to me also.

We should probably ask in Working Title Discord. Or see if @Dakfly0219 has seen this as of late if anyone’s reported it to his project. 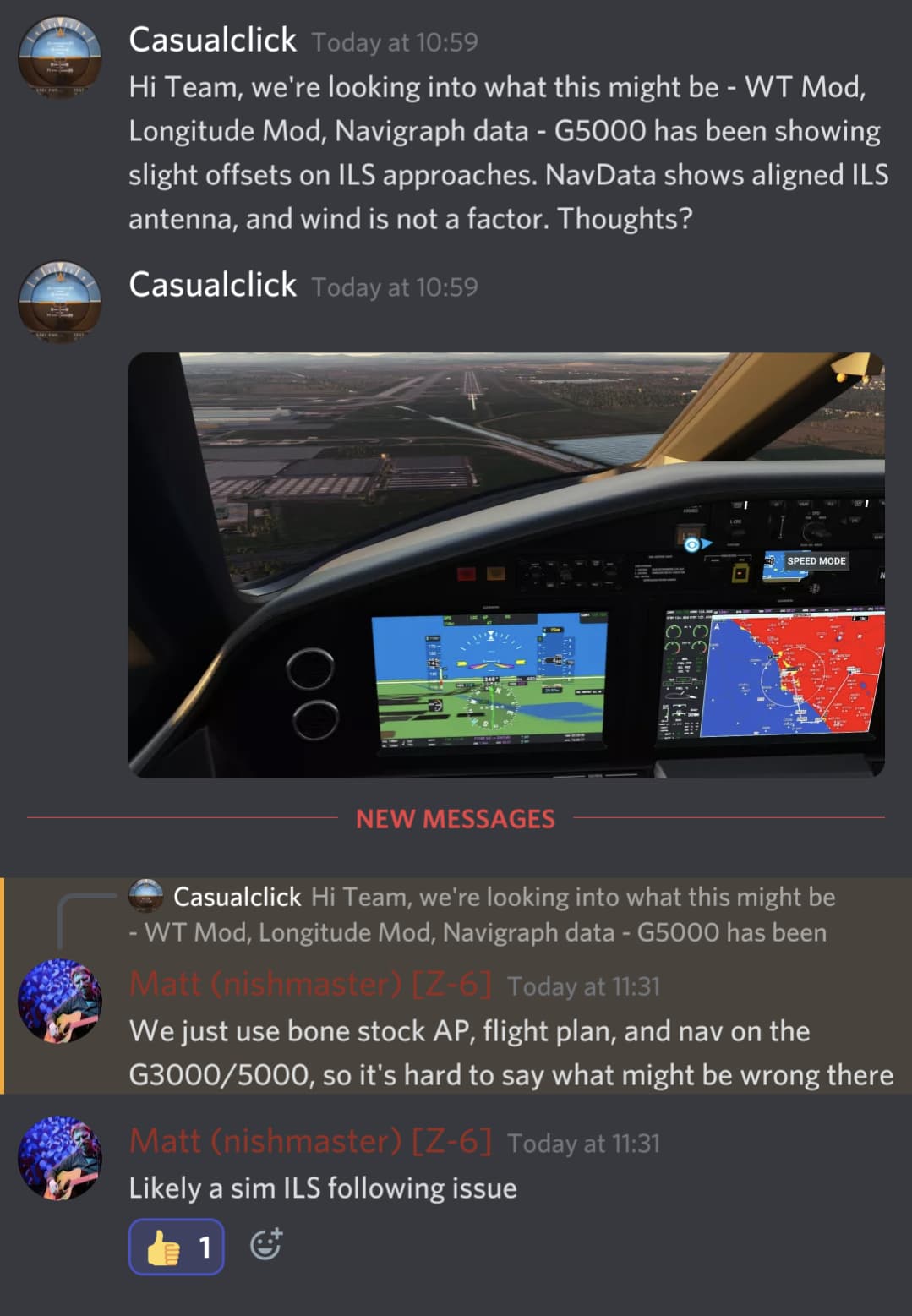 Yes, after a flight EGLL to EGKC, I can confirm I had about the same offset on approach.
I guess I probably never paid that much attention to it before!