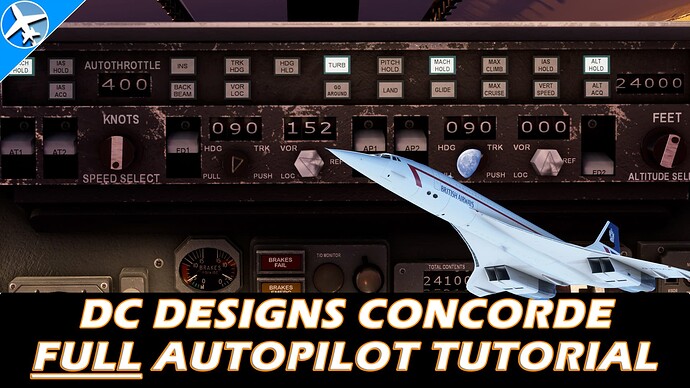 Thank you, just what the Doc ordered.

Oh, man. This is exactly what I just asked about in the main Release thread. I know what I’ll be watching later.

If I may add one small comment here. The content of the video is fantastic thanks. It would be nice if you can do some zooms (maybe in post editing), that shows the controls a little more clearly. Similar to how your view is zoomed in initially at the start of the video.

Some of the areas were hard to show in that respect due to the controls on the lower pedestal and the AFCS panel being referenced at the same time. I try not to pan around too much. Zooming in is definitely easy to do but it can lower the picture quality. This is also why the green arrows were used so the viewers eyes can go directly to the area being talked about. Thank for you for the feedback!

This was great, thank you.

Love this video. Thank you!

What am I doing wrong if I can’t get auto land to engage? Could it be my autothrottle was disarmed?

Possibly. If in bright light it may be hard to see the AUTO LAND annunciator illuminated on an ILS approach. In the video, GLIDE mode is selected, both ATs, and both AP piano switches engaged.

Just a question. When I create a flight plan in the world map, will this automatically be imported into the fms or will I have to enter all the waypoints manually? 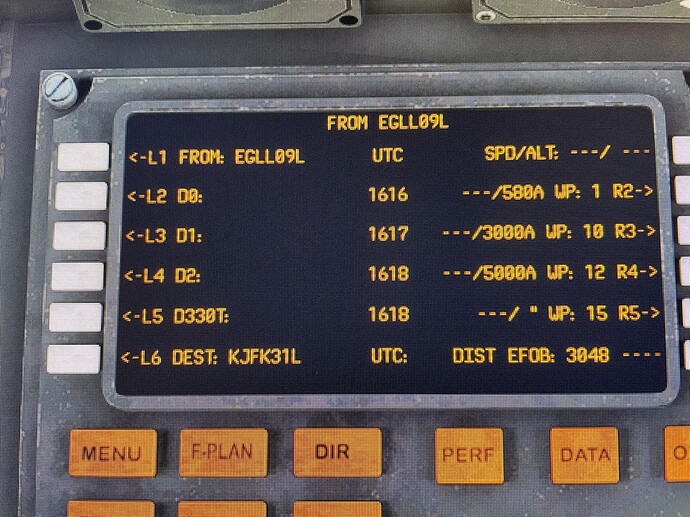 Scroll through the list using the up and down buttons

Anyone have any engines shut down whilst spawning on the runway??Done a restart to spawn again and noticed engine 1 and 2 shut down. Checked all fuel and cross flow stuff. Attempted start from engineers panel near bottom left as 1st time out thought I’d better learn by checklist.

Anyone have any engines shut down whilst spawning on the runway?

Yes. There’s another thread about it. I managed to get a few hundred feet along the runway and engines cut out. I hear a switch being moved somewhere but not sure how or why.

This was all after following the checklists etc.

I then tried moving some fuel around and managed to get one successful flight.

Someone said this is a known issue with SU9b. I can’t find any confirmation of that but it does make sense.

I’ll try again this eve and see if all the tanks have fuel but from memory they did. I know the manual has the tanks layout.

A week of learning is probably needed on Concorde so not for the light hearted.
Enjoying learning though as Concorde was something special and fond memories of watching land/takeoff down at Heathrow.

… Having said that, I tried again today and after 5 attempts, could not get more than a few hundred feet down the runway. No amount of fuel juggling helped.

I keep hearing a switch being moved just before engines cut out but tried watching various areas to catch it and cannot find anything.

I think there is an acknowledged issue with SU9b2 but not sure what the answer is atm.

I have never seen this happen in months of flying Concorde, but am definitely hearing reports of it. Absolutely no idea what could be causing it, very hard to diagnose as only some people seeing it happen.

If you’re on the SU9 Beta, it’s a known bug with the reheat/afterburners.

If you’re still on the main SU8 release, then I have no clue.

@Funghie and @Jimsimmer79 didn’t mention anything about being in the beta.

Found my engine 1 & 2 issue. There was auto mixture assigned on the throttle axis of 1 & 2 engine. If I’d have gone through assigned actions I might have found earlier.

Happy to have found it now. Managed to get up high and fast. Just have to get the hang of the not burning fuel like no tomorrow with re-heats. Supposedly Concorde only had 25mins approx needed to get up supersonic using the re-heat.

And yes I’m not on Beta in case anyone has issues with engines which I see a bit of.
Using Honeycomb Alpha and Bravo.

Some advice about reheats. Don’t use AutoThrottle during takeoff and initial climb because it will force the reheats on even if you have them switched off. You can use it to hold speed once you’ve reached it and it should behave.

That way you can save your reheat time for supersonic acceleration.