Hello! I got into modeling and that’s about all I can do. I’m pretty good at modeling but I have no experience in developing or coding. I’m looking for developers that can help me code a plane and put it into the game (freeware addon). I don’t know where to look or if anyone will help but I just wanna see if anyone knows where to look and if anyone will help me. As of right now I’m just building all of different planes to build up my experience and so far my 777-300er looks the best. Hopefully I get a reply

This will help you. 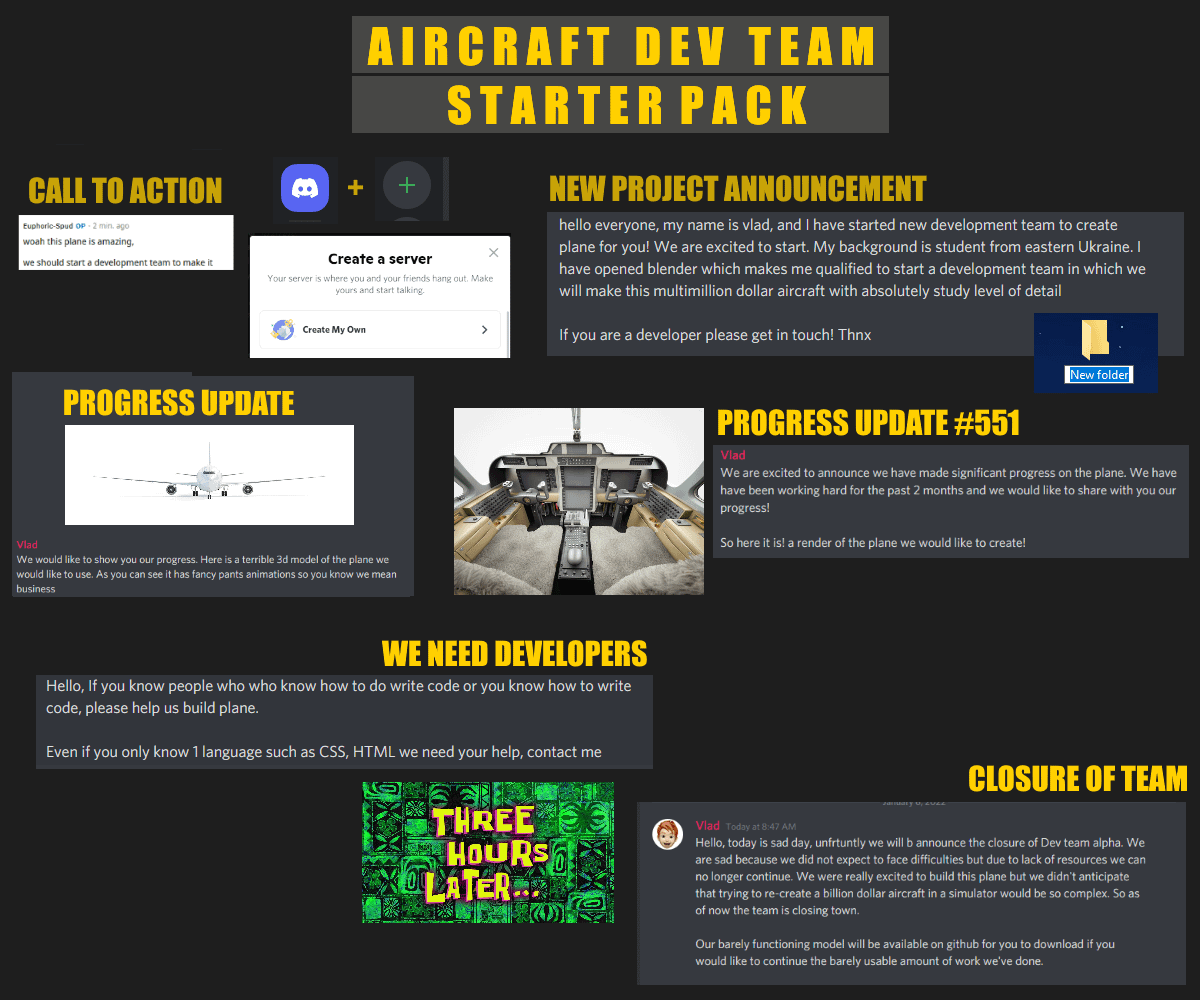 I think thats a meme against me lol but ok

Don’t take this meme too personal, it’s just a reminder that such projects will be really time consuming and difficult.

Especially if you are new to simulation it always is better to start with small projects - first try to get an object into the game, probably start even with the 777 as a static prop. If that works try make it more complex and bring in that simple model as an ai traffic aircraft which will need basic flight dynamics, systems and animations. If that works you may start your project or, as a step in between, start some general aviation project like a freeware Piper Arrow. Something with a piston engine which is the most simple user aircraft possible.

On this you could try forming a small team first as you already need semi custom systems and 3D gauges, all animations and a realistic flight model + engine simulation. This will cause enough trouble to start with

for help MSFS official Discord server might be a good start, also the official SDK documentation website will be a good place to build up some knowledge so you can actually talk with devs about stuff

Thanks! I will try! This will be a long journey but maybe it will turn out great one day! Thanks!