Make HUD collimated/parallax-free please(the HUD in the aircraft, not the HUD of UI)

Please make the HUD in the aircraft displayed like those IRL, i.e. collimated.

-Firstly, I’m talking about the Head-Up Display system IN the cockpit, such as the HGS in the CRJ, or any HUD can be found in a modern fighter. NONE of them is correctly displayed right now. what I’m NOT talking about is the “HUD” gauges that displaying flight parameters such as airspeed, alt, etc for you when you are in the external view.

-Currently, it seems NONE of the HUD systems of any aircraft is correctly displayed: The HUD symbology/imagery is fixed on the combiner(that piece of glass in front of the pilot)plate which shouldn’t be.

-Parallax-free means no matter how your head(POV) moves, the HUD symbology/imagery appears as if it has been pinned on a fixed position in the 3D space somewhere beyond the combiner, instead of being pinned on a 2D plate i.e. the combiner. These videos below are perhaps better explanations:

For those who dont know what a collimated HUD is and stumbled upon this thread. Here ya go.

Also, please check out this better explanation from a Naval Flight Officer, Mr. TinManNFO. As English is not my first language, mine might be somewhat unclear or confused.

the basic idea is that the HUD symbology seen through the combiner glass should be focused at infinity and look like, say, a giant billboard projected on the “sky dome”, and not like text written on the HUD combiner glass or a small poster a few feet past the HUD glass (the way it is in the 787-10 currently).

(Also a gif from a WWII reflector gunsight(similar to what a real HUD should be) from wiki showing what parallax-free is, “The dot remains on the target even though the viewer’s head is moved side to side”:

)Think about gun sights. Assuming you’ve nailed the gunsight on the target, then moves your head out of the correct line of sight while the gun itself remains unmoved at all. Now you will see the crosshair “drift” away from the target in the opposite direction of your head’s movement despite the gun is actually still pointed to the target correctly. This is the parallax error. Reflector sights used by fighter plane since the 1930s is similarly parallax-free like the HUDs, means the crosshair will always represent the where the bullet will be impacted at regardless the head’s position(*assuming the gravity, wind, relative movement, etc are ignored of course). Why do we need it to be parallax-free? Of course it because the real one is! When you’d like to put the flight path marker/velocity vector on a point and get there, or using it in conjunction with the pitch angle marker to maintain the correct glide angle, you don’t want it to be aimed at the wrong place because you moved your head or you were not in the right line of sight when you took the aim.
-Collimated means the focal point of the HUD imagery is perceived to be at infinity even though the glass is just in front of you. This is not a big issue for now until once we get varifocal VR headsets, however, you may find many people using the word “collimated” to refer to the parallax-free effect.

-In the “edit:” part of this thread below you can find some “side-by-side comparison” videos and screenshots regarding how the current (3rd parties’) HUD is wrong.

Current HUD implementation is wrong. Any plans for fixing it to be a true parallax free/collimated HUD? Dev Q&A: Closed

Another excellent and better description for this issue from a Naval Flight Officer, Mr. TinManNFO Edit: Also I realized we’ve talked a lot about how a real or correct HUD should look like, yet not showing how the current (3rd parties’) HUD is wrong. Here are some “side-by-side-comparison” videos and screenshots from them: -1stly, in a community T-45C mod from DCS: at around 0:08 [Lap around the boat T-45C | DCS World 2.7 | Reverb G2 | RTX 3070] -The 2nd is shot in the IndiaFoxt…

Also, I forgot to mention in the original post that the brightness/readability seems to be very poor in the MSFS2020 T-45C.

-I don’t have the Premium Deluxe edition but according to the videos I found on youtube, I believe the default 787 is currently correctly made (at least kind of correct? It does feel weird in some angle.*updates: more information and discussion can be found in the replies).
Here are the videos aforementioned: 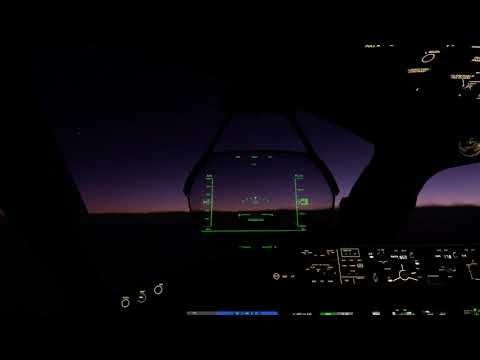 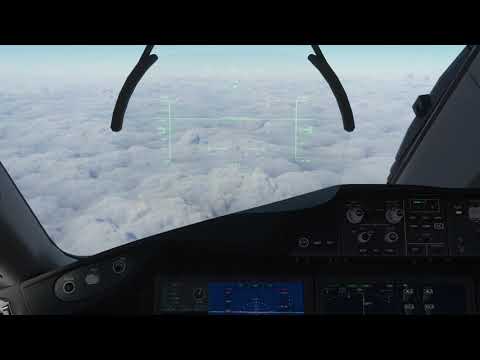 -According to this: MSFS cockpit HUD modeled yet? - #3 by ShinobiShadow
, it is the matter of giving the 3rd party devs access to the POV data. This to be honest is not an advanced feature at all, it is the basics as many others are, yet still missing as many others are. FSX, P3D, XPL, DCS, even ArmA, as well as a newly released arcade plane racing VR game has it! Some converted FSX plane can use a “workaround(it seems the way how FSX actually handle it)” to make it happen by putting the HUD imagery at a position somewhere beyond the combiner, however, the imagery can be viewed from outside as well, instead of viewing through the combiner.
-Even the so-called closed partner Aerosoft can’t get it for their CRJ. What about the upcoming PMDG 737NG3, QW787, and potentially the Majestic Dash 8 Q400 and even FSLabs buses? Not to mention T-45 F-15…and other modern military aircraft modules.

-This should be a priority because it literally comes right in front of your face. Unfortunately, I didn’t even saw a vote about it unless I’ve missed something.

-Sorry for being a little bit impatient. I really hope this groundbreaking new generation platform to be professional. It is the fresh air that could blow away the decades-long staleness of (civil) flight-sim. I really don’t want it to end up like a mid-core sightseeing simulator.

T-45C Goshawk
RELEASE: MilViz Corsair for MSFS
Top Mach Studios: Lockheed Martin F-22 Raptor
The current HUD implementation is bad. Any plans for making it to be a true parallax free/collimated HUD?
Discussion: E3 Announcement
Can we please have an update on HUD collimation ability?
MSFS cockpit HUD modeled yet?
ShinobiShadow March 28, 2021, 6:03am #2

+1 to this. This needs to be a thing. Even Aerofly FS2 has a properly collimated HUD.

-I don’t have the Premium Deluxe edition but according to the videos I found on youtube, I believe the default 787 is currently correctly made (at least kind of correct? It does feel weird in some angle).

No. It’s completely useless. Especially in VR. Absolute nonsense. Why they couldn’t manage to make a proper HUD for release, like DCS has (and even something as simple as Warthunder), is really incomprehensible. Either they have no idea what they are doing, or they are … Lazy? I don’t even know if it is more complicated to program than what currently is there.

But honestly, it serves literally no purpose in its current state.

And also, why not add a hud to the Longitude while at it? The glass is there, you just need to animate it to go down.

That’s too bad! So now the HUD is completely a mess… 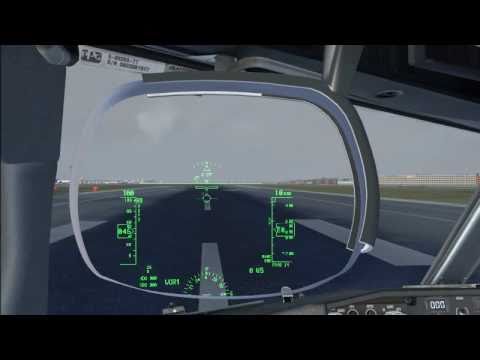 2 Likes
The current HUD implementation is bad. Any plans for making it to be a true parallax free/collimated HUD?
atrairman March 31, 2021, 11:41am #10

Real world HUD. Notice how the pilot’s focus is on the outside world WITH ALL the HUD data properly focused! 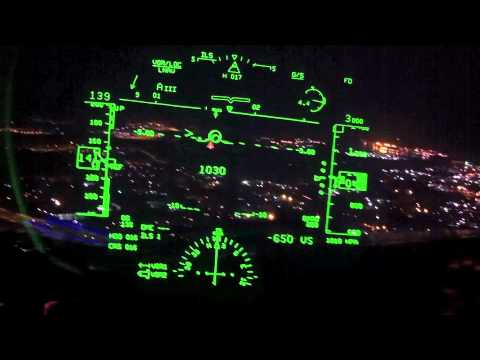 You do know this is a payware addon from PMDG, right? It’s not on the default aircraft by Microsoft.

<< You do know this is a payware addon from PMDG, right? It’s not on the default aircraft by Microsoft.>>

Yes, fully aware of that. I used it to illustrate my point which is that HUD collimation is NOT currently modeled in MSFS and therefore not possible to be modeled by third party developers. It has something to do with POV Sharing. Until Asobo fixes this, you are going to see junk HUDs like those currently modeled in the stock 787, IFT T-45C and DCDesigns F-15. And honestly, it may be a third party developer that comes up with the fix. We’ll see.

But isn’t the HUD collimation made by PMDG for the FSX is a completely built by them to make it work that way?

I would think if the third party developer like PMDG can make it happen in FSX, they could build the same thing from scratch for MSFS. But they have to make it work.

I would think if the third party developer like PMDG can make it happen in FSX, they could build the same thing from scratch for MSFS. But they have to make it work.

The way I understand it, the underlying simulation platform has to support it. MSFS currently doesn’t. Knowing that PMDG is working on the 737NG v3 for MSFS, I know it will happen eventually. However, currently available third party aircraft, i.e. the IndiaFoxtEcho T-45C, have HUDs that can’t be collimated because of this issue (confirmed in a post on the IndiaFoxtEcho Facebook page). That HUD IS correctly collimated in FSX/P3D. As mentioned by others above, even the stock 787 HUD is a mess.

I know this isn’t an important issue for most MSFS users because they either don’t fly HUD-equipped aircraft in MSFS or don’t understand the problem (I’m guessing both are equally valid). I fly a HUD-equipped jet in my real life job so this is an important issue for me. It also pushes the realism boundaries in MSFS which ultimately benefits all of us.

It even has a velocity vector. It’s such a useful tool to have, and was something I was hoping the Dreamliner would have with its HGS - as the real plane does! - but no. Huge disappointment.

But isn’t the collimation in the HUD in real life has a knob for adjusting the alignment of the HUD with the reference point? Do they automatically move and readjust whenever you move your head?

I was under the impression that in real life the HUD needs to be calibrated by you sitting in the optimal position and you turn a knob or a switch that moves the HUD placement to the right place. And it’ll stay there. So you have to be sitting at the same position to have proper collimation.

No manual calibration required or even possible. Manual calibration would actually introduce error into the system. The only knob on the unit is for adjusting brightness. Variable data such as runway length, elevation, and glideslope angle can be entered by the pilot in the CDU, as well as the desired mode of operation (NP, PRI, AII or AIII).

Ahh… that’s pretty cool… So it automatically detects where you eye is and automatically place the positioning of HUD on the right place every time? So when you move your head up and down and side to side, the parallax moves with your head movement? That is cool…

No. The PMDG HUD video in this thread really shows how it looks in the real jet. The pilot adjusts seat height and fore/aft position to whatever yields the best view of the HUD data. The projected HUD image is calibrated automatically by a number of input parameters. Of course, I’m referring to the HUD in the 737. It’s the only one I have real world experience with.

Ohh… so in real life, the pilot is the one adjusting the seat to match where the HUD data is located. That means the HUD itself is at a fixed position on the glass display and the pilot has to be the one who positions their seat to have the best view of the HUD data.