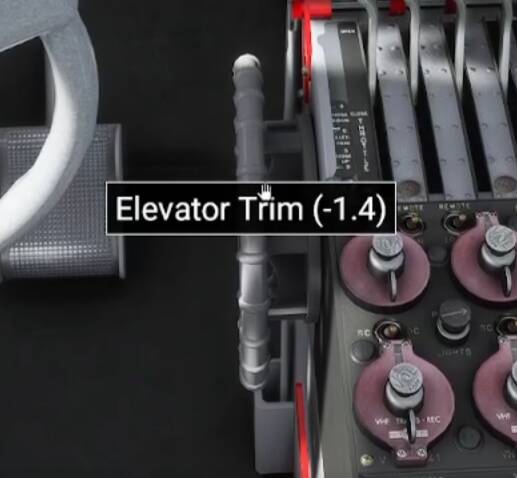 Is there any way to get these numbers back? All I’m getting is the gray labels.

It seems not, even on the “Legacy” cockpit interaction mode the numbers are gone.

Of course in real life there is no precise numerical indicator for most of these things either, so I have tried to be philosophical about it, but there’s no denying they were helpful for some things.

Technically you have a good point.

I must once again push back against this “it’s designed for Xbox now” meme, since console players would find more informative tooltips at least as helpful and “necessary” as PC players. Yesterday some people insisted that trim they now find overly sensitive was for the sake of Xbox players. Why would Xbox players who probably have inferior controls and probably also less familiarity with the dynamics of flight and how planes are controlled want it to be hard to trim their plane to fly level, any more than we do?

Not every change that gets made we dislike was done for the sake of console. Sometimes things are just bad ideas!

Is there any way to get these numbers back? All I’m getting is the gray labels.

Well that answers my question. Hopefully they will switch back to the old style!

Well that answers my question.

So mark as solution

Yeah would be nice to get them back. Especially for the Baro setting on steam gauges like the C172. Its a bit difficult without it.
Silver-lining is that its forcing me more into a more realistic control of the sim which is not a terrible thing.

Some people, including me, are not happy with highlighting controls, however this allows us to be sure that our mouse is locked on the desired control. Please, try to use this “Locked” option, it is a not bad idea. The option looks not realistic, but is helpful.