I just found out shockingly that the Mojave Air & Space Port (KMHV) is missing airliner storage for me, however, for another user, it is available there.

My USA updates have been installed and are active. All my updates are installed and active and I am up-to-date as far as the software is concerned. Please advise…

Please refer to the screenshots below. The first one shows my version of the airport 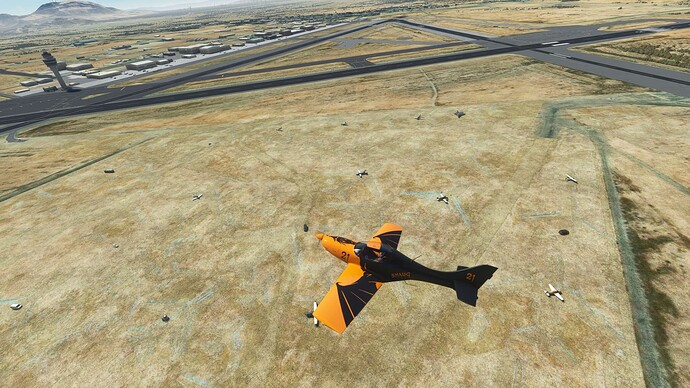 And the second one shows that of another user. 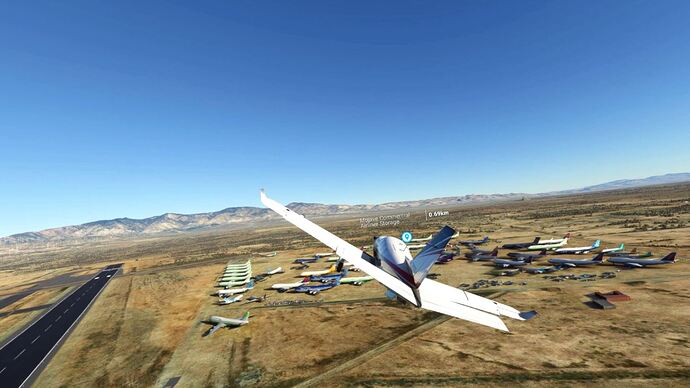 Looks like it could be from an addon conflict.
If you have any other addons installed, remove them and then try.

I tried it. It’s not there!

I’ve flown in/out of KMHV multiple times and I’ve not seen the aircraft storage, either.

The CA desert is a major stomping ground of mine and I was sure to look for them, too.

Thank you for the input. Please refer to the second picture posted above.

I saw that, crazy!

This was taken right now: 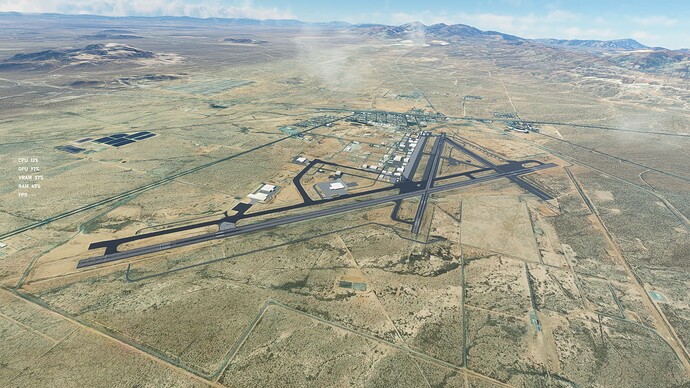 At ground level, there’s a few AI GA aircraft parked about, but nothing resembling an airliner.

There is an addon available for this, and the pics look similar.
Does the other user have that installed?

That add-on is faulty and doesn’t work.

The question I’d not bothered to ask (of myself or anyone) is, is this meant to be a supplied POI in the sim? 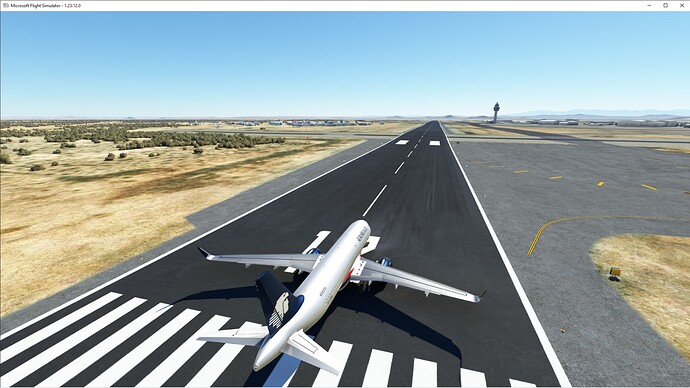 I will check this out myself. Might suggest checking the setting of ai aircraft and or ground aircraft setting. something along those lines.

Did that, nothing there until I downloaded and installed the above addon.
Puts the same aircraft into the sim, as in the upper pic.

No airliners there, but is anyone else seeing about 10,000 wind turbine towers west of the airport?? Seems way overdone…

Have you ever been in the area in real life?

We left SoCal in January 2003. They had a few turbines north of I-10 on the way out to Palm Springs in those days, and not too many in the high desert. Looks like they’ve gone full blast on adding them over the years!
Regards

This was talked about in other threads but the issue is that there are windmills there in real life, but the sim is drawing a much larger type of windmill than the real life ones. So they look like they’re too close together or that there are too many of them.

I travel to/from the desert regularly via the Tehachapi Pass and the number of wind turbines just seems to multiply every time I drive through there.

For a while, I lived near the bottom of the Cajon Pass. They could have put LOTS of them in that pass and powered all of SoCal…or so it seemed when the winds blew wild down through there!
Regards

That’s the largest concentration of wind turbines there.