I am no mechanics pro, and I think CFD, which is used in fluid dynamics analysis, is one branch of FEA. Isn’t it?

I am pretty sure both MFS and X-Plane use FEA, not sure if it is CFD.

Don’t take my word for it. Asobo said they don’t simulate a fluid moving around the airfoil.

I have no higher education on the matter and try to puzzle together whatever I can get my hands on and self-teach. Sure, I can reasonably understand math, principles, and some of the formulae but not all of them.

So people like CptLucky, Nintje or FlyingscCool are pretty awesome to chip-in in these threads to share their insights.

I am both amazed and humbled at the wealth of knowledge available to us on the forum. This thread in particular is the reason I so enjoy browsing our forum: it’s like a virtual “pilot’s lounge.”

As a math major, I can claim to have some higher education with regard to the principles discussed here… but wow am I rusty!

I have not taken the time to read the SDK documentation, but when I did take a precursory look I found quite a few “TBD” pages. I figured I’d wait for a more developed document.

Thanks to those who have shared their in-depth knowledge with us. It’s a great thread!

Don’t take my word for it […] So people like CptLucky, Nintje or FlyingscCool are pretty awesome to chip-in in these threads to share their insights.

I thank you for your kind words!

Don’t take mine either! Honestly I’m not an expert on flight dynamics but I’ve been in this industry for nearly 2 decades and I just realize from time to time, depending on the subject, it rings a bell and reminds me information I know from XP11 devs themselves for example, or other peers accustomed to these questions. My post above regarding FS vs XP flight model is just the expression of my current understanding of their inner design goals and shortcomings, from a pure logical reasoning, and this might be entirely wrong too. The point is not being right, but to raise the level of knowledge and understanding because the more are sharing their thoughts and knowledge, the more we all benefit from it.

I thank you for your kind words!

Thank you for RXP! Without people like you, the hobby would not be the same.

The point is not being right, but to raise the level of knowledge and understanding because the more are sharing their thoughts and knowledge, the more we all benefit from it.

Without people like you, the hobby would not be the same.

I am not brown-nosing for a discount either. It’s just nice to see some of the long term devs lurking around here.

I don’t think I can finish reading this thread, but I was laughing pretty hard in the discussion about configs vs. xplane.

At least you can read msfs’s configs and you don’t need a complicated editor to change a single value/table. Xplane uses tables too, trust me, I’ve had to make changes to those tables. It’s just saved in a format you can’t easily read without their editor.

Again, Here I am reading these quest for massive wind effects threads. The real world, that I live in, where I with a small brain have observed real planes, and in real wind land. I have never seen one wobble so bad. I have no problem with Asobo making a real windy choice for those wanting to hone their skills at flying like they see in all those really windy youtube videos. Those conditions, are not normal, and/ or regular, they are very rare. When you say they have dumbed it down, for people who they don’t want to confuse coming into the game. I have to wonder…Because I had X plane back in the early 2000’s, and the support was just as small, and arrogant as this can be. I left that sim, and went and bought MS-FSX! I want to know. Did I spend 16 years learning to fly a faulty simulator program? That was nothing, and I am going on what you are all trying to tell me here. It was absolute garbage, and no where near like flying a real plane? A program that maybe only because it’s 32 bit, it still taxes the best computers to this day. One that has a slew of programmers making money still? It shouldn’t even be considered as an antique relic? Really? How is it that it has only been within the last 4 years, that DSC has finally stolen away the people who were religiously flying formation in FSX? People who are real pilots? Real pilots I have flown with, and I still with my 10th grade education could not fly it like they could? That is realistic to me. This stuff they say about control surfaces, and how the tires react to surfaces. It’s good don’t get me wrong, but I could go tomorrow to my local airport, and watch airplanes fly strait in, and land on the center line all day long with substantial normal winds. (Not bouncing and wobbling through the air), I could ask them to fly one of these planes, and they would struggle. Have I crawled out from under a rock? am I from the land of three name people? Is there a bugger hanging off my nose? Because I can’t get anybody to look me strait in the eye, and explain this stuff away, as if it has a scientific answer to why it does what it does. I watch the Modder’s, they have these great mods out. In the middle of their demonstration, they too suddenly say whoa, why is this doing what it’s doing? This is crazy, and after fighting it for a few, they suddenly flip a few things, say it was just something they missed. (ON there own Mod) and act as if there is nothing wrong. Tell me how you can completely restructure a program, not using any of the pre debugged loops, and say there is a solid program no bugs at all. Yet there are page after page of people that seem to be just as dumb as me. They though certainly they would use the best of FSX , and then supersize it. Fixing what was wrong with that monster. How horrible it must have been, to have to fly that non realistic program for 16 year! And never have a clue, that it was so that, horrible. I feel like I just woke up from a sweet dream, and rolled back over into a night mare. Going back to close my eyes again, I can’t see any more of this.

I do understand the difference between thrust and power. And the only reason I used the term power, because in general physics the term power is equivalent to force, as in vector force, I am sorry I embarrassed myself, and I am not full of ego to stand up to your conditions, I think after you become a real 737/320 pilot. I will be very happy for you.

Thank you for correcting me.

Thank you Capntendy, for your accurate understanding even without being an Airbus/Boeing pilot.

Here is a video for all those who can’t see the real physics in FS2020.
And for those who seek to improve FS2020. 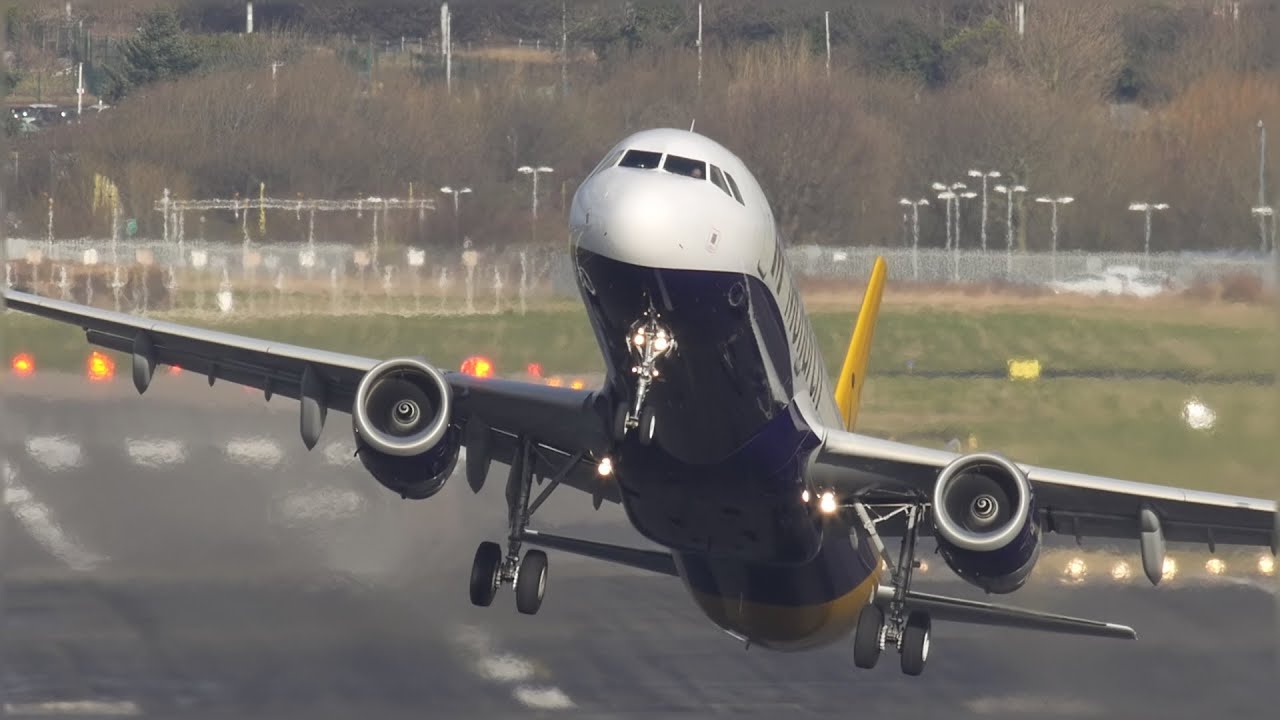 Real pilots, who are confident of their knowledge, don’t need to compete with their ego, or even think they can’t learn from others. By the way, that kind of behavior leads to serious problems. Not able to see mistakes, or thinking what you know is the only truth.

As for learning to fly, get some real flying, before you try to understand what you are seeing in the videos, may be after spending 500 or 1000 USD, you will understand.

I do agree X-plane feels more realistic in a lot of situations compared to MSFS, but those X-wind landings are far from realistic. Although he is also not using the right technique, trying to land wing-low on the crosswind limits is probably not making things better.

All I got from reading the initial post and a few replies, seems to me OP wants MSFS to fly like Xplane. Which seems kinda whack to me… but hey who knows how people think.

I would recommend that you reconsider the way you are communicating in this thread.

The joke is on you for talking down to people with ATPs and thousands of hours in transport category airplanes.

Maybe you are not aware of the credentials that Nintje and others bring to the table. They tried to educate you and you spite them over and over.

Actually crosswind landings are quite realistic and happen frequently at many airports. I have personally seen A320s thrown around like toys on approach where I live. 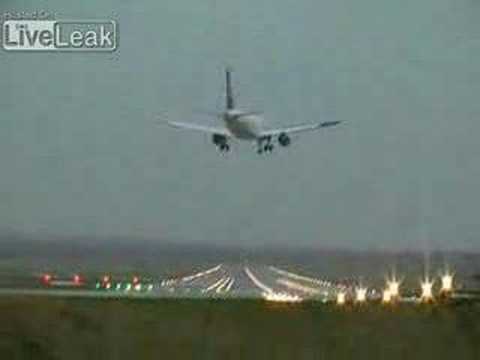 Don’t mind the silly title. This is just something that happened where I live and I remember that storm.

This needs Eurobeat Deja Vu music playing in the backgorund…

They cannot use too many small surface element due to FEA performance. I think in a dev video they say thunsands. So X-Plane won’t use much more surface for the same reason. And XP performs better than MFS on dynamics. I guess they Asobo didn’t get the surface grids right?

After all, LR is seasoned on this, and it’s the first time for Asobo.

I think at times with strong side winds, I land more or less something like those in your video. Winds correction, yaw nose straight with rudder and compensate with aileron input just before touch down, and keep rudder and aileron input to keep the aircraft straight and level during deceleration, sometimes have to goaround. I am no pro pilot nor pro simmer and I don’t get the difference. Can you explain it further?

XP relies on more complex/complete real time computations and can arguably better predict the aerodynamic properties of a given airfoil even in unusual states and edge cases. It also calculates fluid dynamics, even if simplified through BET. Since this requires a lot of computing power, this approach only allows so many data points. Some data is read from LUTs.

Both arrive at similar results, which are different en detail. Each with ups and downs.