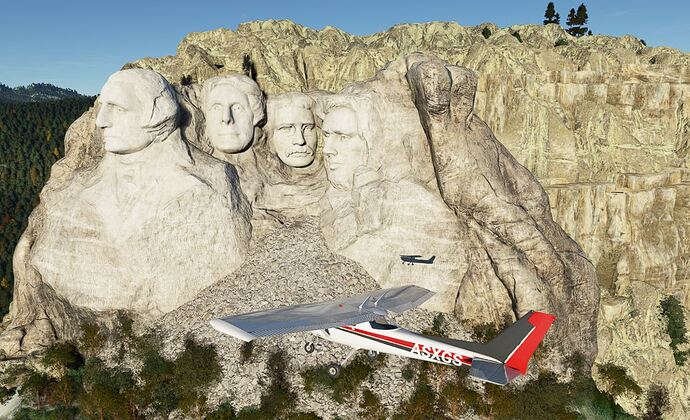 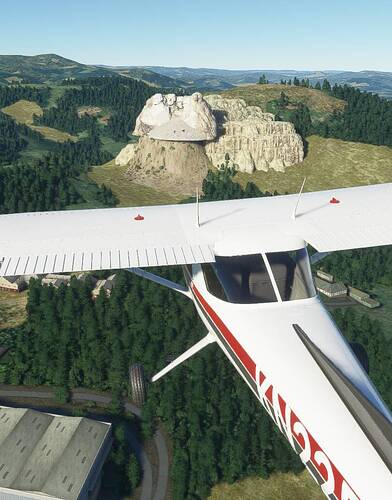 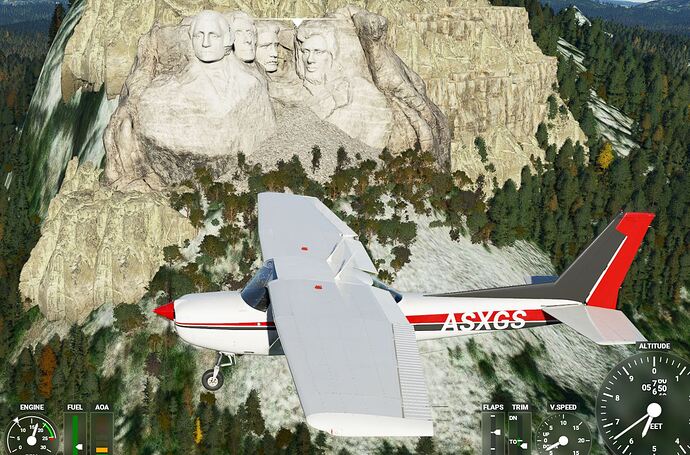 Make sure you don’t “slew” into view from very far away; the sudden generation of scenery like that has a tendency to break vertical pavement of objects

If that’s Ritchie Blackmore, where the hell is Jon Lord? 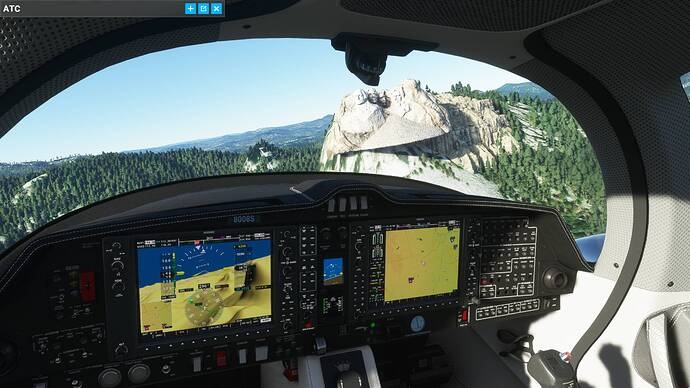 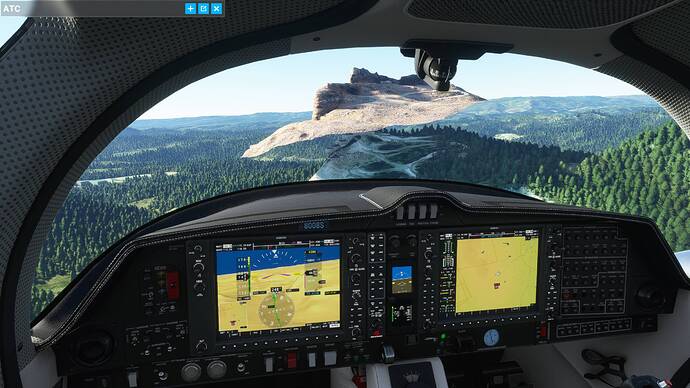 Microsoft Flight Simulator Screenshot 2020.11.25 - 12.57.59.832560×1440 433 KB
I love that we can actually see “faces” on the Mt. Rushmore Monument, but I second the floating cliff face placement. Also, the nearby Crazy Horse Monument is a UFO. For giggles, I tried to fly under the mothership, but was met with a controlled flight into terrain crash…so the game recognizes there is land there at least. Not sure why some of us get that floaty island affect, while others don’t, but needs polish I think!
1 Like
CoolMagi99 November 25, 2020, 8:46pm #8

I thought of that as well. So I flew in from 30 miles out and the effect remains the same. Possible a question of differing graphic settings? Mine are set mostly to medium.

Could be; I’m not too sure. Mine are on max settings and I’ve never seen any artefacts anyone else is reporting.

The new Midwest POIs (Rushmore, Crazy Horse, Devil’s Tower) have been loading slow today from a PG stream perspective. I flew out from a rough strip less than 4 miles from the Tower - I had POI marker turned on, so I could see the hill the Tower was supposed to be on, but it was empty, a flat hill, right until I was right next to it, and then the Tower appeared.

My flightplan took me past the Tower, then I’d head South to Crazy Horse, Rushmore, landing at Rapid City KRAP.

Same thing with Crazy Horse, it popped up after I was overhead. Rushmore actually loaded before I got there, so it’s inconsistent.

On second thought, I may need to alter my post notes, from above. After restarting the game later in the day, and re-flying KRAP to Mt. Rushmore, the texture loaded normally…no floating island effect. When I had downloaded the USA pack earlier, I recall not having restarted the game, and immediately entered the flight that led to the textures hovering like in my above photos. Simple restart seems to have corrected the issue. 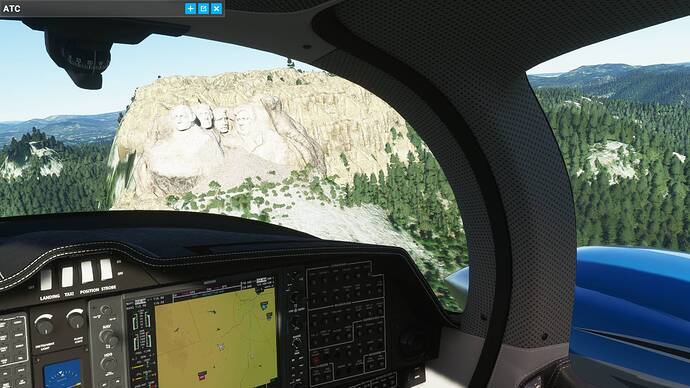 Here’s my contribution to the Mt. Rushmore photos. I flew by Mt. Rushmore right after MSFS2020 was released and was a little dissapointed.

After the update I had to check out Mt. Rushmore again and was impressed by what I saw! 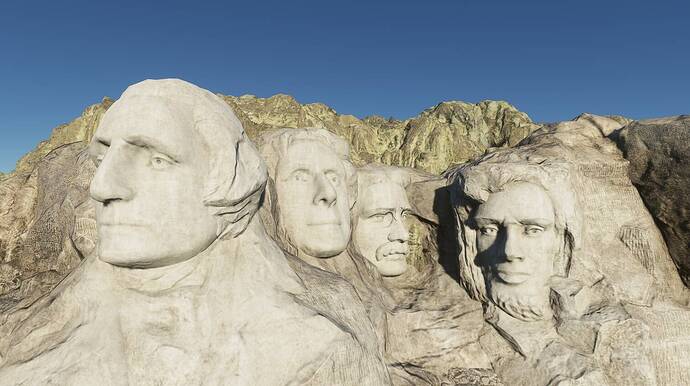 It looks like you are playing in offline mode. no bing maps enabled.

Thanks for the tip. I will investigate. I was unaware there was a way to disable/enable Bing maps.

That was it, of course. I must have turned off the Bing maps in a long-ago quest for better frame rates. Thx again.

So what’s the trick to see it?

I’ve tried KRAP to KRAP then diverting, nothing but rock.

I’ve tried KRAP to coordinates, nothing but rock.

I’ve tried KRAP to Custom to KECS, nothing but rock.

The parking lot is nice but who gives a rats-patooty for that?

Crazy Horse isn’t there either.

To confirm, USA Scenery Update is installed as shown in Profile-Content Manager list? The 11.6 update doesn’t automatically install this.

Otherwise, Check Photogrammetry, Bing Maps is ON in Options-General-Data, and you are getting incremental increases in the Data Downloaded line - it should be on the order of at least a few hundred MB to a GB if just flying over these areas.

Thanks. Landed in Custer and found the Update in the Marketplace… makes sense not to D/L it by default!

Be also aware some new USA Scenery POIs are exhibiting terrain pop-up errors, they will appear for the first time only if you’re directly overhead - certainly Devil’s Tower and Crazy Horse did that to me, but Rushmore was in place and rendered even at a distance. They will remain visible once they appear in the flight, but if you exit out and then start another one, I’m not sure if they will persist or the pop-up phenomenon occurs again. This has been reported to MS-Asobo.