If you like to fly over mountains, you should know that Spain is the second most mountainous country in Europe after Switzerland. You can fly from Gibraltar to Barcelona by the route that I indicate on the map without stopping flying over mountains 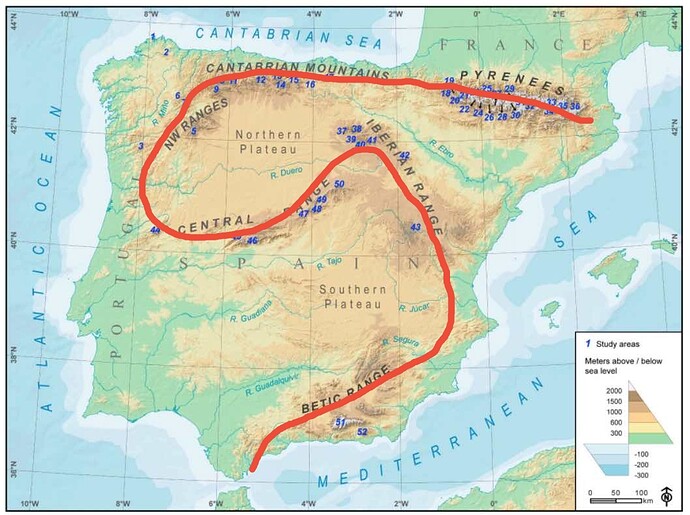 The steep volcanos of the Canary Islands are very impressive too. They will be my first location to visit after the next world update!

I thought the update was Iberia. Although the Canaries are part of SPain I dont think they are part of Iberia.

Neither are the Açores but we have a new airport there, so maps and POIs may also be updated in the islands

Good morning, this route doesn’t just take you to travel through Spain! You are entering Portugal and I think it is incorrect that you do not indicate it!

Gibraltar is not Spain either, I have not said that this route is in Spanish territory, I have written that Spain is the second most mountainous country in Europe

I’m curious about how La Gomera will look like - was there irl last year and it really is an impressive island! I hope it got some DEM-love it deserves too and not just Tenerife

Great tip for a fantastic and long awaited update. It is a dream come true to fly over Spain with this kind of detail.

Canary Islands have been improved DEM in WU 8. No phogrametry or POI’s Same in Balearic Islands

There are a couple of POIs down at the Canaries, but maybe they were there previously?

Guys! Be sure to check out the new Pyrenees Excursion bush trip. It’s GORGEOUS! I highly recommend it.

I do have ONE COMPLAINT, though. I was so looking forward to the trip that I did a bit of research before I took off. As I was searching the web, I came across pictures of a national park located in the area called Ordesa National Park. I was left in complete awe. The park looks amazing frankly, and it seemed to be located right next to one of the POIs on the Navigator (Monte Perdido, I think). I couldn’t wait to get to that area and explore it. After all, the park seems to have been the first national park to be declared as such in Spain back in 1918, it receives nearly 1 million visitors every year, and as you can see in the pictures below it’s just totally gorgeous, so imagine my surprise when I got there and all I saw was these melting hills and cliffs that looked like total ■■■■ (forgive my language). Frankly this truly was a missed opportunity. The park’s shape seems to be ideal for low-altitude flights. I mean, just imagine flying through that canyon with your Cub Crafter X Cub?? We got Yosemite with the US update so I don’t understand why they didn’t bother to include this park in the Iberia update. Total shot in the dark, but if any moders out there want to try their hand at recreating this special corner of the Pyrenees, I’m sure this community will be very grateful (I know I will :)) 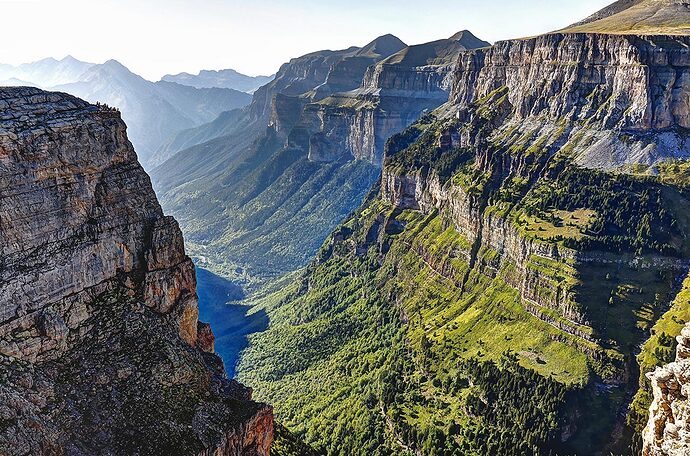 These POIs were not there previously. I know as I fly there quite often

I don’t understand why they didn’t bother to include this park in the Iberia update.

Because you need to have high quality DEM data for that area (2m resolution) OR someone who creates the whole area by hand as a 3D model which overlays the original terrain. The later one will take a great amount of time.

I had a flight around Mallorca yesterday and thought that the ground textures seem a bit different. Have the bing maps been updated for the islands?

) “Bing maps” because I had suspicion that my country (that was never part of any update) looks much better. All the places that I checked have satellite imagery from 2020. I checked a lot of random places in the world. There are still clouds in some areas so there are still areas with generic textures in the game but overall: great improvement. I have half a mind to start flying without msfs2020 map enhancement again.

tl;dr: Yes Bing maps recently updated a lot of their data. And it is noticeable in the game.

I think even with the appropiate resoultion this type of terrain doesn’t look good in FS. The problem is that the way terrain textures are projeted from top makes verical faces look stretched and like melt down hills. Same happens in canyons. At some point we will need a revamp of terrain tech that projects textures in vertical terrain.

EDIT: I think I hear in an interview at some point last year that they were working on this for a future update…

I bet you wouldn’t encounter any rain on that route…

Yes Bing maps recently updated a lot of their data. And it is noticeable in the game.

Just wanted to point out there is a slight mixup here as Bing maps data =/= Bing tiles used in MSFS. In fact these are different servers used

Hello,
The best place to discuss this is in World Discovery. Your topic has been moved there.