Navigation: loading custom waypoints from .pln files is broken on some systems

Let’s leave this open - but just a heads up that we have escalated it internally as well. Thank you!

No problem for now

and another thing: normally when you delete the content.xml the sim is writing a fresn one… no way

After installing SU10 I successfully created a VFR flight plan using the World Map Flight Planner from RPLL to RPUI with the waypoints as pictured above. I saved and reloaded the plan and no changes were made in the routing. I did not import the plan from any external flight planner.

The problem exists for Navigraph users, not users of stock sim Navblue. 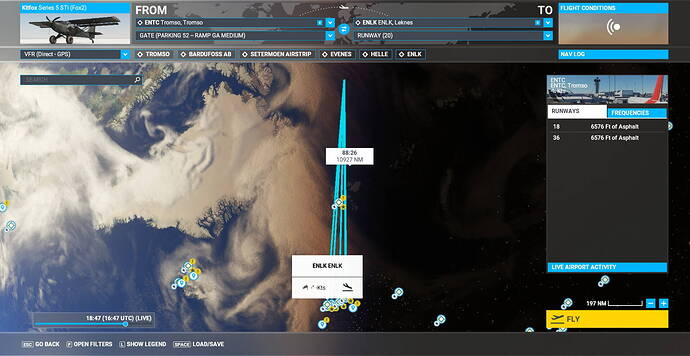 But did it have Custom Waypoints? 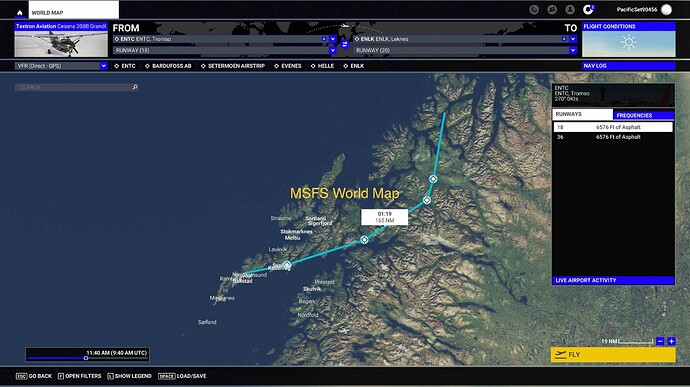 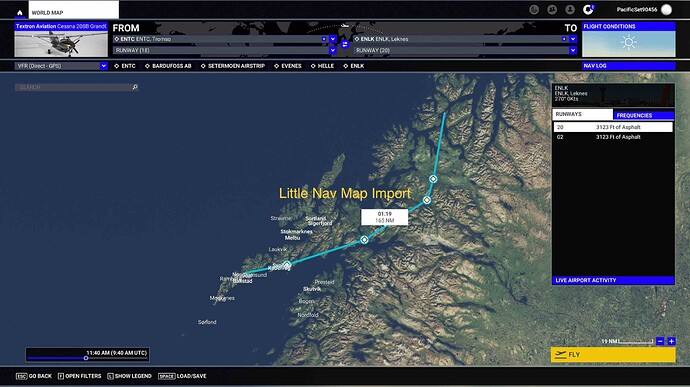 do you have navigraph?

I have it but don’t always use it. I have a problem with Navigraph where their flight plans are missing waypoint restrictions for IFR flights. And currently they don’t do VFR flights.

I have navigraph but i didn’t encounter the issue… strange…i friend of mine didn’t have the problem…he renamed is community folder and restart. .the vfr map start to work with addictional info…but when it restored the community folder the problem of the north pole started to appear…could it be some addon?

Just noticed this issue too - and can confirm it does seem to be related to Navigraph Navdata.

I don’t have the issue…i referred to your post