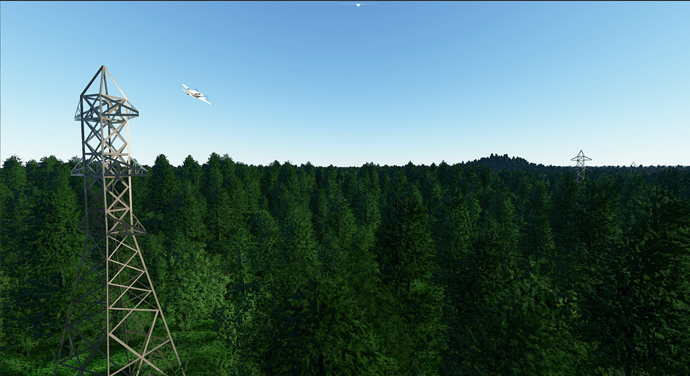 Cool. Funny it wasn’t in the release notes, I would think they would want to advertise that.

That’s certainly a tower, but is there another one nearby with power lines strung between them?

I have loads of those near me, so I’ll have to take a look tomorrow evening.

Unfortunately no. I’ve not seen any of the towers connected by cables. Maybe they will update in the future (probably not). But, it’s a fine addition to the immersion and flying experience none the less.

Oh nice, next cell phone and radio towers! There are several really tall radio towers near my home. I always use them as reference points while cycling. The 5 in a row on a hill can be seen from many miles away.

Well, is a really good addition for VFR immersion. Just hope for some wires added at some point.

Well, not so funny if they are blocking RWY22 at LSGG (when checking streetview, there are powerlines indeed, but not that tall!): 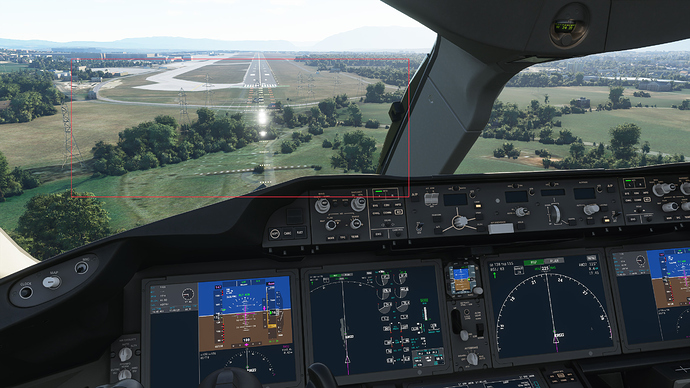 PS: flight ended by “collision with an object” :-/

If you fly to the lake just south of Chernobyl in Ukraine you’ll see 4 power towers in the middle of the lake.

Power lines on top of the Andes in Peru 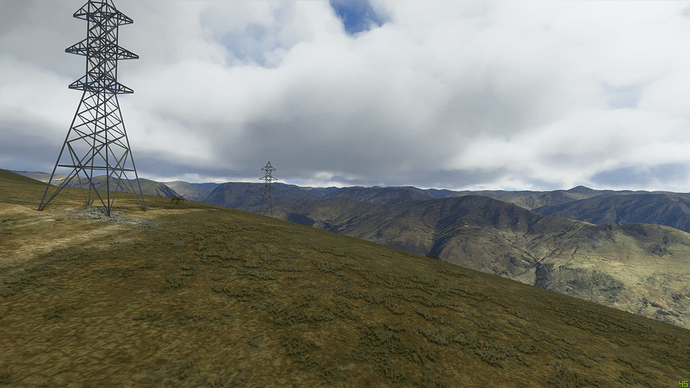 What method are they using to place those, I wonder? When I’ve seen a bank of wind turbines, if I refer to Littlenavmap, sure enough, there are the icons to indicate a wind farm. It doesn’t always line up perfectly, but close enough to navigate by.

It looks like there is a lighter patch of ground beneath it. Perhaps something in that image is being identified as one?

That’s cool I guess, but the roads still look terrible. Green and blurry. They have an odd priority list…

I did test with power lines in my city and very carefuly I enjoy to this because know exact places where some towers are. Result? They are on same places like in reality!!! Perfect!!! very good job, maybe that lines can be also drawed but as training VFR in airport vicinity collisions is perfect.

You maybe mean to the north?
I checked on OpenStreetMap and there are “power towers” in the lake. I guess MSFS takes that data.
Actually if you check bing maps you’ll see on the satellite image that these power line towers are really in the water, so it’s correct.

Maybe they could at least get the AI to remove or shorten the towers if they intersect the approach glidepath for runways at least.

You can also check openinframap.org that shows the power lines from OSM, and compare the data with MSFS.

I’m not sure it’s related to the patch. It wasn’t in the changelog. Power lines must be part of the scenery, thus beeing sent from Azure servers (unless the patch added the 3D objets needed).
Anyway, it’s a nice addition, and a good hint that the scenery will keep on improving.

The lighter patch is actually the satellite image of the lines - I should have taken a screenshot to show that better. You can see the lines of the wires on the ground connecting the towers. Don’t know if that’s how they are working out where the towers go. It actually didn’t look that odd, other than that I;m not sure they actually use pylons like this in Peru

They are new objects in the sim. The one with the three horizontal sections is called PowerTower01 in the scenery objects library in the SDK