Will Microsoft ever fix Niagara Falls? i feel ripped off. Paying good money for a faulty product.

I mean are you trolling or something? What are you expecting? They have the whole world rendered. Some stuff isn’t going to be perfect. Moving water isn’t easy to do. And although there are slight glitches, it doesn’t look awful. 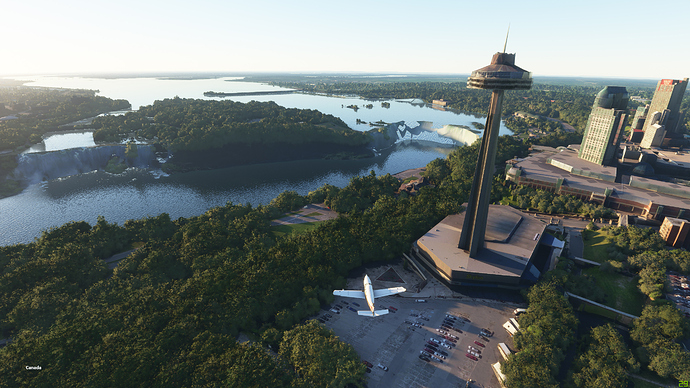 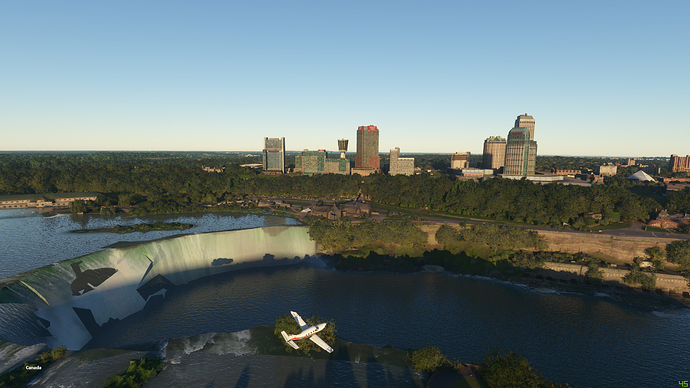 It’s a flight simulator not a Niagra Falls simulator!

Seriously though, I am pretty sure I saw someone had created an add-on that I guess is to make it look better - would suggest you go search for that.

There’s a quite good freeware fix out there 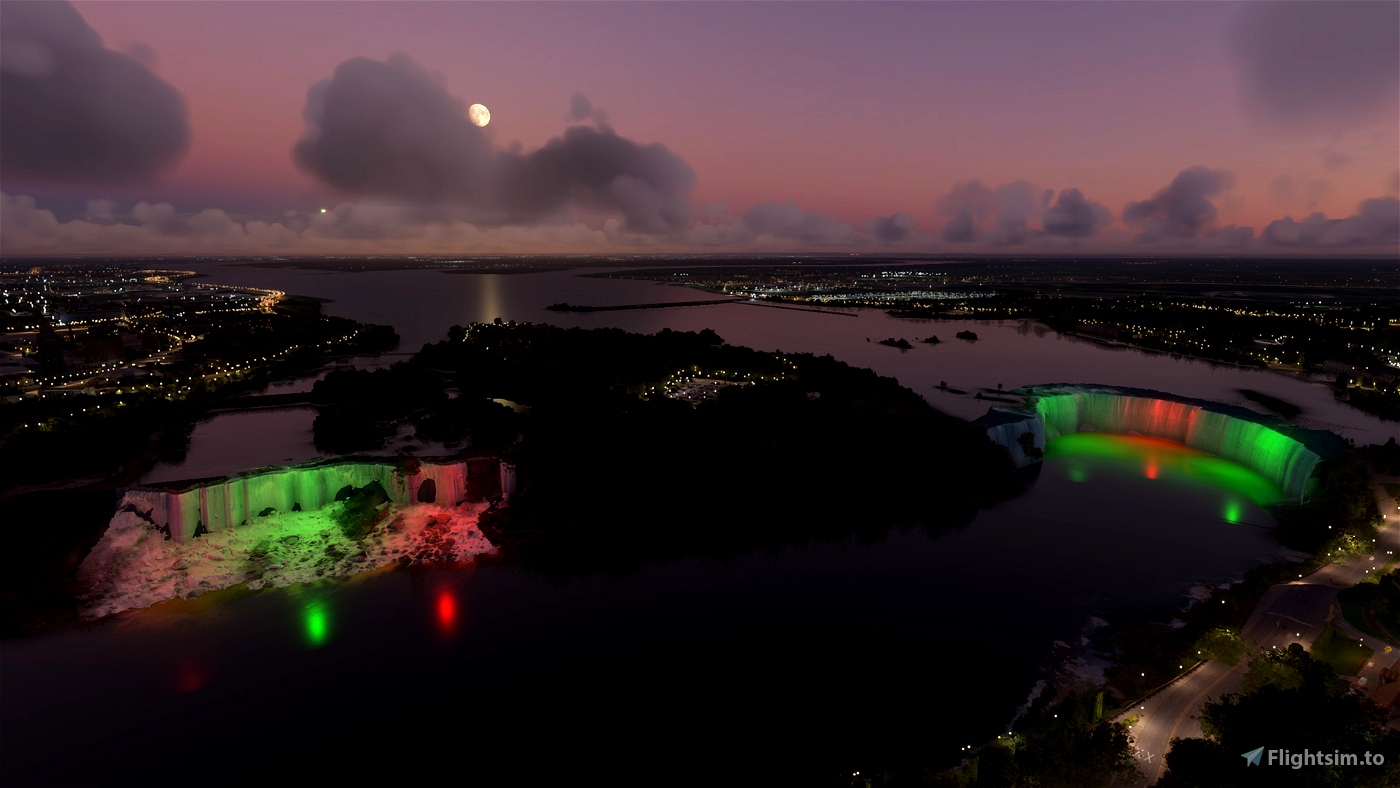 ✓ Niagara Falls Enhancement Pack is a Microsoft Flight Simulator 2020 mod created by romandesign. Download for free to enhance your experience in MSFS 2020.

I was a bit disappointed as well, but considering, that there are constant world improvements and an on-going support, that surpasses most after-release game supports, there is no need to have the feeling to be ripped of. Just make reasonable requests that are not “offensive” and it will be addressed at some point - probably in November anyway.

But I agree, you’ll find flaws everywhere around the world, it’s just not possible to have everything lool real close up as long as it’s not hand modeled.

Kind kills my little ‘Over The Falls’ game that I’ve been playing for years … kinda like my ‘Under the Bridge’ game, though most bridges seem to have the unders closed up. Was running the Ohio River to the South yesterday usual scenario 500’ or so off the deck and slipping under the bridges without crashing. Get about 1/2 down the river line up my next obstacle, and go for it except what appeared to be reflection from the bridge was the no underneath the bridge feature and I crashed. LOL

But back to topic, I’ll have to now go and see if I come in from the Canadian side of things theres water going over the falls.

My visuals of the Falls are nowhere near what these photos show. FSX has better visuals of the FALLS than this game. Anyway, if I go and buy a car I expect to get four wheels and not three. Game developers get away with murder. It took me nearly three day to download the latest patch. Shameful!

You have ridiculously high expectations for an automatically generated scenery in 2020. Though your complaint may be justified if the Falls are untouched in the coming world update.

ACH!! Thats its, I am definitely never gonna honeymoon there until MSFS fixes it…

Makes em wonder though what the big falls in Africa look like… I think there is a very wide waterfall somewhere and I forget what country, saw it on Discovery or natgeo… guess Ill google africas best waterfalls…

FSX has better visuals of the FALLS than this game.

Oh yeah? I have rosy memories of FSX too, but when you actually go back and look at it, it’s shocking at how bad it is. 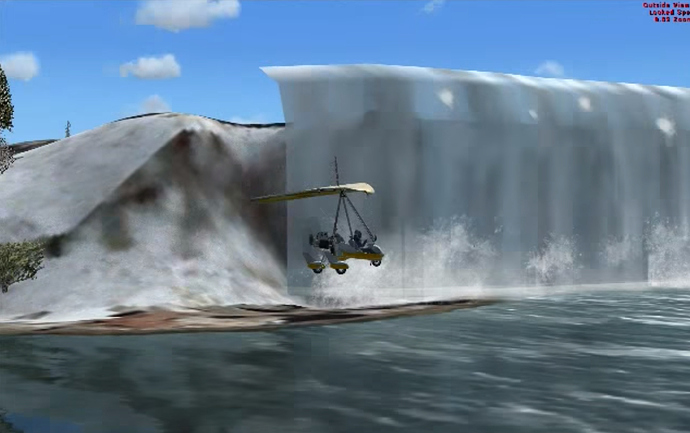 The Niagra Falls area is a photogrammetry area in Flight Simulator. It’s already massively more detailed than FSX. The falls just need a flowing water texture, and a spray effect. The Asobo team has confirmed in their QA sessions that they’re developing a new effects system. So hopefully we’ll see improvements made to scenery like this in coming World Updates.

Hopefully one of the areas to be improved as the US is supposedly the next World Scenery update.

lol anyone who says 2020 is like FSX never played it.

Niagara looks great after USA update - go check it out.

Really! Have you looked at it in any other simulator?
I suggest you count them chickens.

FSX has better visuals of the FALLS than this game

The base is fine as default with the USA Update. Only remain to include the FX animation, which require the new fx particle system. People that use 3rd party Niagara add-on will not works both at the same time, need to remove the 3rd party add-ons. 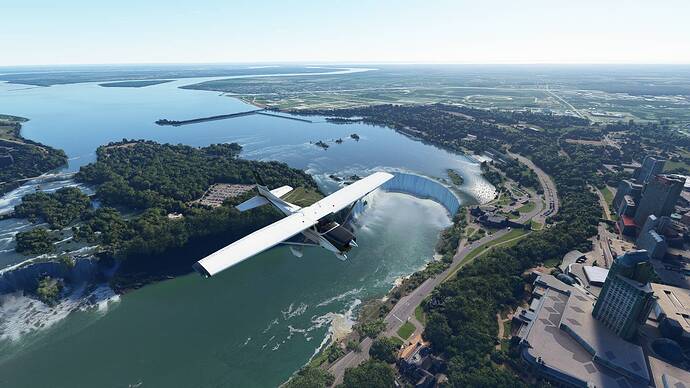 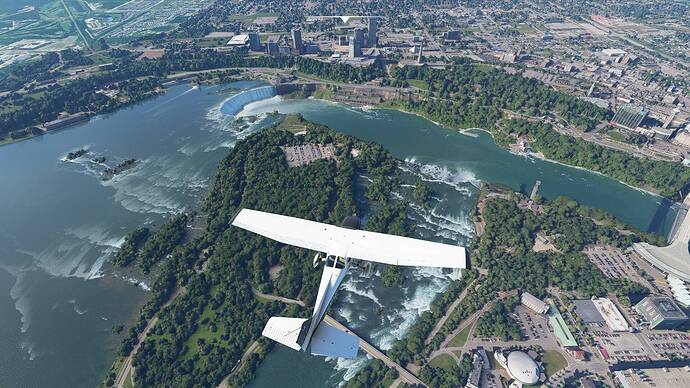 That looks beautiful, will have to go there again. I believe I still have some earlier screenshots that I can then compare