They are not shown before and after photos of the night lighting. They are not given any detailed information on what the issue is. So short of them personally reading the thread they are not getting any of this information. And even when they do it, this thread has over 1000 messages. I’m pretty sure they don’t have time to read through that.

Other than that, yes, your posts are exactly what i am talking about. It’s a crying shame that you put so much detail and effort into those posts but all the devs get to hear about it is: “The community wants to know what’s happening with the night lighting.”

Or any one of them could just take off, climb to FL200, look out the window (at night) and see that it looks rubbish? Ditto the tree LOD issue?

I don’t know why we have to do all this bargaining too and fro to get results from what should have been an astonishing sim, but now feels more like X-Plane with worse flight dyamics and slightly blurry ortho you don’t have to download.

The community: “This doesn’t look right to me!” talking about lights being big and blurry.
The devs: “You’re right! I see it! We shall fix it!” talking about how far away lights extend.

What looks bad to you might look good to someone else. That’s why a picture is worth a thousand words. We can show them exactly what we’re talking about, with no room left for subjective interpretation.

To me, it’s simple: This is important enough for me to try and take the extra step. I can sit around complaining that the devs don’t see what we post, or i can try and make things better. If the devs aren’t open to this at all, well, at least we would have learnt something.

thank you for sharing this indepth comparison, sadly it seems like Asobo/MS doesn’t care at all about what this “sim” looks like, but what the numbers say, performance, Xbox compatibility, money…
And regarding all the “updates” since release, they barely, if at all, listened to the community/customer.

The reason is simple: they are expecting the community to using the voting system!

In other words: the more votes, the more attention*

This is the way they told us how to raise the most important questions from the community!

*although it doesn’t always work like this so it seems.

Example #1:
The following topic back from October 2020 was engaging the community to better reporting in order to help Asobo tracking bugs. It was taking as an example the LOD problems I’ve extensively documented which are still present 5 months later. However it was closed:

Hi. So I was watching the Q&A today and Sebstian mentioned how he had difficulty tracking one of the bugs the community had brought up: https://www.twitch.tv/videos/784582715?t=01h00m17s

For this particular bug that Sebastian mentioned, CptLucky8 has done a nice analysis of what the problem is and I’m sure if Asobo find that thread, they will find CptLucky8’s thread with CptLucky8’s analysis.

However, I have also read a lot of other threads, even threads in the Bugs & Issues forum, where people report a bug but aren’t giving Asobo enough information to reproduce the bug. For example, for some visual bugs, people don’t even post a picture to demonstrate what the bug is.

I’ve just added some comments on this topic which is related but talking about another type of night lighting problem:

It looks like it cannot be solved at all. Waiting for years for a problem to disappear should not take that long in today’s technology. As if they were deliberately lying and doing it deliberately. They don’t care about the community. And every update they’ve made to date has brought new issues. Conclusion There are tons of issues still.

I’m a month late in seeing this, but those Rio comparisons really are great. And the biggest problem to me is the window lighting. Just left of the compass is a cluster of buildings, and the alpha version is the ONLY ONE with the windows lit up. Flying in big cities has been such a letdown because downtown is always a black hole where the buildings block the street lights but don’t add any light of their own (until you’re right on top of them).

Is this being addressed in SU6? Asobo really should be more specific about what “long-range quality fix” actually covers.

At the risk of drawing out the ire of the forum militia, one does have to wonder why these changes were made… First reducing the range of visible lights, then simplifying the lights, then no more lights in windows… That, to me, sounds like trying to reduce lights in the scene in order to improve performance. And while I certainly appreciate it on my aging machine, i’m sure people with new configurations don’t exactly welcome it. But why would they be reducing lights and improving performance, if that is what they’re doing? Is it for the Xbox, maybe? Would be strange, since we were told graphics won’t be reduced on PC in order to cater for Xbox. Or maybe it’s a conflict of terms. What we understand by “graphics won’t be reduced” is “graphics won’t be reduced”, while what Asobo may be understanding by that is “graphics won’t be reduced noticeably”. And then we can get into the subjective topic of what is noticeable and what isn’t… It’s all speculation, but one cannot help wonder why this is happening.

They always leave out the word PC, i.e. graphics won’t be reduced on the xbox

floating light are back if ever gone… i crossed over in this thread.
https://forums.flightsimulator.com/t/trees-low-draw-distance-after-sim-update-3-no-fun-anymore/376917/100?u=ju1ius2416

Some more info about night lighting: if you watch today’s Q&A, Sebastian is showing side-by-side comparison shots of trees before August release and SU4. 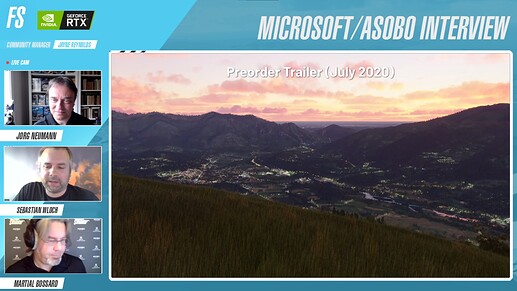 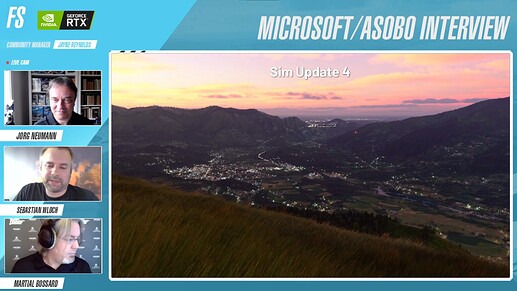 LMFAO, there’s clearly a row of lights floating in the mountain center of the shot!

I don’t believe they are floating. Instead it looks like they are not occluded!

However you can see near the center-right the red light moving up, along with a few others near it.

could be, havn’t thought of that, nontheless floating lights are clearly back…
LOWI: around 4-7 mile distance i guess? 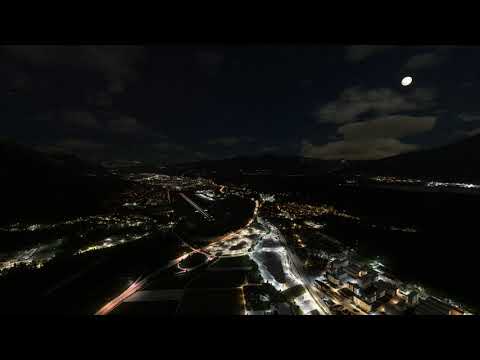 i suggest found hungary night light scenery for p3d/fsx, it’s show exactly how it have to be, very long time don’t use p3d and much more fsx, so don’t remember what exactly scene, but i remember it was made for all hungury scenes, it’s give light pollution effect and looks perfect

I knew someone quicker than I would have noted they were looking at pre-launch lighting footage, but I didn’t catch the floating lights in the lower one

. Now I can’t un-see it. Still, do you think they even paid attention to the lighting? I doubt it.