This thread is for the discussion of the new Nvidia Driver 528.24

[IMG] Description: Geforce Clean Version GTX/RTX drivers are cleaned from all the unnecessary bloat NVIDIA has added as of late. Only the core...

Here are some optimisation tips for MSFS and Nvidia drivers from Q8 Pilot. Clearing out the cache folders appeared to help me settle CTD issues that I had been having over the last month…

Note: you will likely need to enter SAFE MODE to empty the Nvidia shader cache. 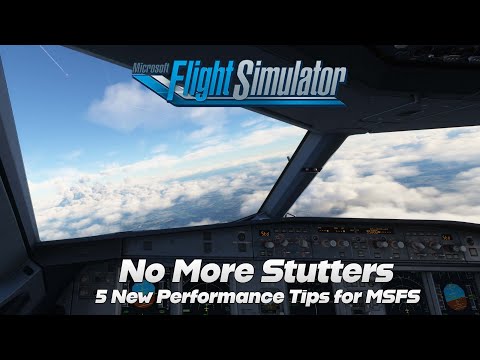 ^ Thanks for posting that video.

Installed the latest driver and then Flightsim wouldn’t load completely so I rolled it back.

Good old Q8Pilot. I personally put the latency bit back to default though as power consumption went through the roof for me. I didn’t notice any difference between default and Ultra.

Note: you will likely need to enter SAFE MODE to empty the Nvidia shader cache.

Aha! The penny has dropped. Many thanks.

Yah. I can’t delete all those shader cache files. Probably need to be in safe mode.

I followed the video. Did most of those settings and I think I did notice a small improvement but kind of hard to tell.

I changed the “negative LOD bias” in nvidia control panel back to Clamp tho as the LOD distance is terrible without it. Buildings in Barcelona looked melted. When I changed it back, they immediately became good again. Not sure if it’s suppose to but looked good.

Still unsure about those filters on the overlay tho.

Hi CreamCheese, yes you will need to be in safe mode. Deleting the contents in both folders appears to have stopped a CTD issue that has recently developed for me. I am keeping my fingers crossed.

I do not use filters from Nvidia, I remove that part of the driver manually or download the ‘Cleaned Driver’ from Guru3D.

Great video, Thanks for the tips.

I can not delete, even in safe mode, all the files.

Thank Q8 Pilot, you could leave him a message on his YouTube channel.

Slylmpala, you must have a program open that’s using those files. It could be a YouTube video open in Safe Mode or a similar media program.

Thanks, friend.
I will look for it.

Finally had chance to test Q8Pilots tips in the vid on a proper flight. Earlier I mentioned that my power consumption with low latency mode increased a lot. Well, this appears not to be the case and it seems as if clearing the shader cache unclogged something in my GPU. I’m getting 99% utilisation in most scenarios now apart from high flight levels where it drops to around 60% (understandable as there is not much to render), stuttering on headturns from initial loadup is mostly gone also.

This was the first time I’ve ever cleared the cache… as in ever. I did notice some files in there from 2017.

Oh, that is interesting and thankyou for reporting your positive results. As I said earlier in this thread, clearing both shader folders does seem to have magically cleared my sudden spate of CTD’s that I had started to get when launching a flight.

To those that have not tried clearing the cache folders, we are talking about two folders: DXCache and GLCache. See image below… 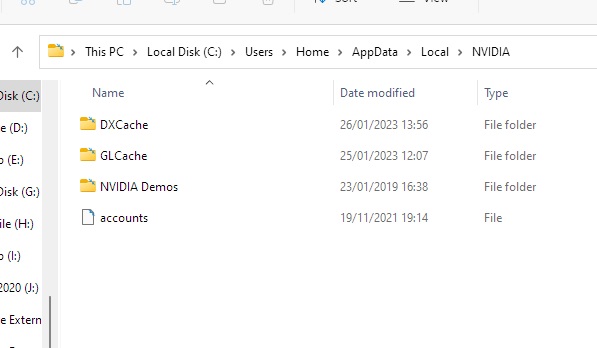 You might have done better to install the driver again, this often fixes problems like that. I don’t give up easily!

Thanks I have reinstalled it. I turned everything down to low and yet this morning it was hovering between 1 and 5 fps. I don’t give up easy either so stay tuned.

I have reinstalled a driver up-to three times before I was happy and got a good result. This does not happen very often though. I am surprised an Nvidia driver could cause such a large degradation of performance on it’s own. Keep in touch…