Not the author but…

So in this case, you can just use the FS2020 config file that exists in the zip file and skip that step

Thanks @NumberNumber481 for filling in and yes your explanation is perfect.

@FarFutureFox sorry for the wonky instructions. In this case the app name is FS2020, I just wrote the instructions so that people could also use it with other applications.

The ZIP file comes with a pre-configured FS2020.cfg file with some OK defaults.

I’m might be not the sharpest tool but even log and everything looks ok, I don’t see any difference, I’m using a HTC VIVE pro 2, no more fps or sharpness.

The “only” things it doest is decresing my GPU usage from 85% to 75% but I gain blurry and “some” bad effects, looks like working for a lot of people but not for me.

Btw, I appreciate the time you spent for us, I always admire people who are always willing to spend time for people for no reason than make people happy.

WIth the API active, I’ve been reporting issues with my G2 left screen flickering at 60Hz so after many months I decided to try 90Hz again.
Guys, this is crazy!

With MR ON I can now keep stable 22.5fps over New York/Tokyo in my JP Cessna 152 which was impossible previously.
With MR OFF I get stable 31-32fps approaching EGLL in FWB A32NX.
Now the best part, my FS2020.cfg settigs are as follow:
scaling=1.0
sharpness=0.2
OpenXR Custom render scale OFF
100% in game res, which is 2480x2480px
Clear and sharp as never before.

Hi MattB, did some more testing today, still with the 1. version. Still happy but found some problem: the dark colors have some problems. When you have a cloudy sky and set time to just before sunrise, you can see the clouds get much more color banding and other weird colors than without the plugin. Ok, i do not use the Beta version of MSFS which fixes color banding, but without plugin it is much better. So perhaps some small bug or this is due to the Nvidia NIS code? It Looks like the bit depth is too low.

Hi, I saw the same strange cloud effects in low light conditions, this is on the latest msfs beta on quest 2

However, I am a bit lost in understanding how exactly the MSFS render scale, NIS and OpenXR’s Customized render scale interact

(I read the description that comes along this tool but still…)

Now, what should I set in MSFS, NIS and OpenXR if I want MSFS to render at around 2160x2160pxl (the G2 native res) and then use the full potential of NIS to upscale the final image roughly to 2800x2800pxl - like in my “prior to running NIS” scenario?

Do I understand correctly that by using NIS, the OpenXR scalar is bypassed by NIS? Is the MSFS render scale setting still playing a role in the whole process?

The OpenXR render scale adjusts the resolution of the VR headset that applications see. So we’re telling the application: you should target that hardware resolution.

I am not exactly sure what the in-game rendering scale, but here is my guess. I believe the game has its own upscaling algorithm, which is likely comparable to the upscaling I described above by the OS.

→ Now we’re adding this NIS scaling in between the application and OpenXR. The goal of NIS is to do upscaling but with a more advanced algorithm that will create a sharper image (as opposed to the blurriness I described above).

So eventually, the resolution the app will draw to is:

The order the scaling happens (meaning the actual image processing to bring an image from a resolution to another one) is the reverse of that, and for each of these steps, if the corresponding render scale is not set to 100%, then either upscaling or downscaling must happen:

The NIS scaler is meant to do a better job at upscaling than any other part of the process!

Hence, if your parameters are causing any kind of upscaling to happen (ie: has a value lower than 100%), you should consider setting that value to 100% instead, and use the scaling with the NIS scaler setting instead to achieve the same lever of upscaling.

So my guess, and I think this is getting confirmed by people experimenting on this thread

– If you are trying to get better clarity while keeping the same FPS you already have today:

– If you are trying to get a higher FPS without sacrificing quality:

I hope this helps. Looking forward to compiling a list of everyone’s experience above and determine what settings seem to generally work for both use cases described above.

Until then, please experiment!

Fantastic explanation. Thanks a lot @mbucchia

how do i enable nis in non-vr mode to see if the nis scaler is causing the dark color banding?
thanks for the tweak.

My average fps was from 24 to 32, and the overall clarity seems better (only downside is too much color banding at night)

@mbucchia thnx a lot for your effort.The results for me using 100oxr 100 render scale and 1.0 sharpness 0.0 is perfect .The only “negative” is at night .Take a look at the color of the sea .The picture is from the lenses of my G2.

Hi my friend .Can you check with the colors at night and let us know if it’s ok with your setup?

Didn’t know that. Thanks!

Checked at night. Unfortunately too much color banding (photo through the lens) 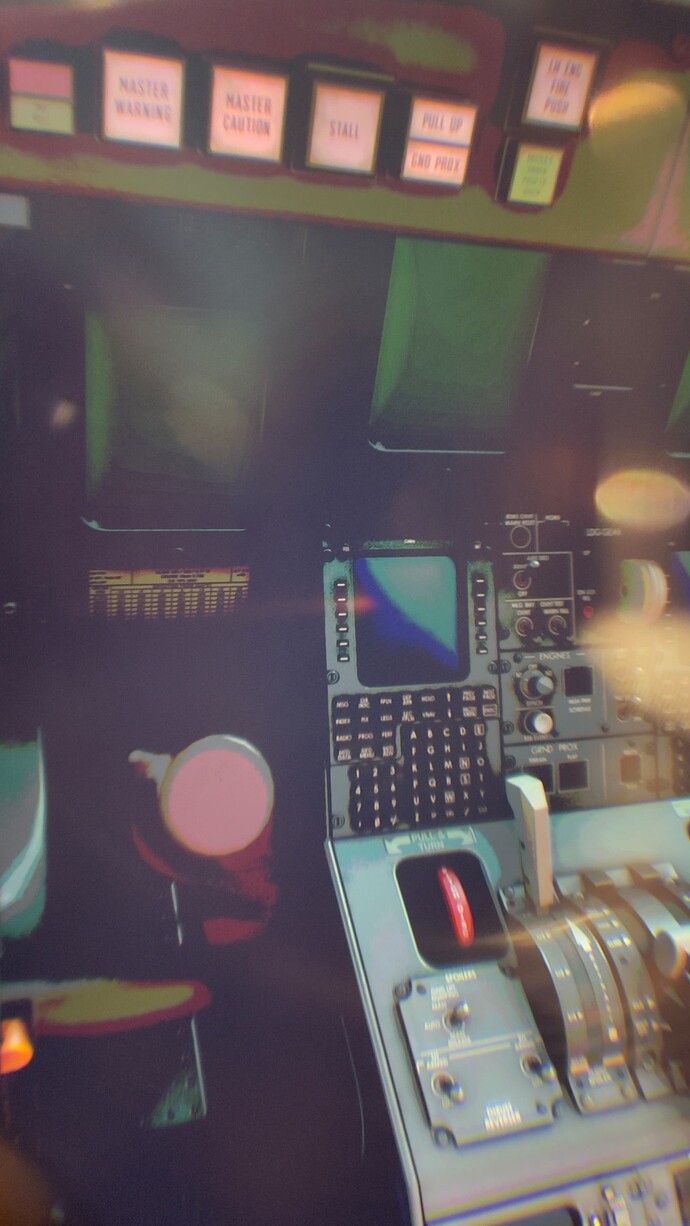 My Reverb G2 image is just solid yellow but I do see the proper VR images on the monitor. The sim runs perfectly other than the G2 image for JUST flight sim (it is perfect in all my other VR applications).

C:\Program Files\OpenXR-API-Layers contains:
FS2020.cfg, the Install and UnInstall ps1 files, and the .dll and .json

Thnx man.Same here for me also.

There are a couple of other files in the ZIP file that you need to copy side by side with the DLL. I am afk so I can’t check the exact name but one has .hlsl extension and the other one has .h. This should resolve your problem.

Forgive my ignorance but if the NIS is at 1 and the sharpening is at 0, then does this mean the plugin is doing nothing?

Maybe @mbucchia could help us with this.

I’m sort of taking the day off today

But thanks for reporting the issue! I think @CptLucky8 is looking into the shader and is aware of this issue.

At this stage it would be about modifying the NIS algorithm itself which for me is out of my area of expertise (I’m an OS guy not a graphics guy).

But I promise to follow up and see what I can do.

Glad that you confirmed what I did last night: OpenXR custom RS 100%; in-game 100%; 70% in NIS. This gives me roughly the native resolution of the G2 being close to 2160x2160 (per eye). All that is left is to set a sharpness that is satisfying. I’m using a GTX1080ti and, even before, was getting decent performance - and now with a small reduction in overhead; and, there is a discernable improvement in visual quality, particularly cockpit gauges. Thanks again for all your work on this.