From what I’ve seen reported, this bug doesn’t kick in until you go above FL240 (haven’t flown that high myself to test it out), not at exactly FL240. I’m guessing people are hitting FL240, prematurely making a post, then suddenly seeing the temp spike as they climb higher, and deleting their posts.

Well, this explains why I had such a hard time in the Starfighter last night… Kept getting compressor stalls about FL240… I wonder if switching back to REX Weather will make a difference??? Guess I’m back to VFR in the Arrow…

Hi All! This topic has been moved into #bugs-and-issues:weather and is now votable. To note, this is on the developers radar and a fix is in next test flight, but we’d like to keep this in Bugs & Issues for feedback.

#Protip for the programmers who are (ostensibly) working on a fix:

Convert these temps (which appear to be Kelvin) to degrees C by subtracting 273.15.

and nobody will notice that there are problems. I hope they will enjoy their flight - I’m grounded until this is fixed.

If it were not so sad, it really could be funny …

In case folks have missed this (although it has been mentioned earlier in this thread) from:
https://forums.flightsimulator.com/t/official-discussion-december-2nd-2021-development-update/478126/11

#Protip for the programmers who are (ostensibly) working on a fix:

Convert these temps (which appear to be Kelvin) to degrees C by subtracting 273.15.

I wonder if, as a temporary USER fix, there could be a MOD, that just subtracted 273.15 from the temperature, if it is over say 75C, every update cycle ?

At least for PC users

I don’t really understand why, though. The issue was not present the day before yesterday and there has been no sim update since. It came up yesterday so it must be on the server and they should be able to fix it without pushing a new update.

Anyway, we can still enjoy the community flight in the Himalayas with a “nice snow” preset so nobody will notice the probelms of high altitude flying. Isn’t that some comfort?

But then again, this would be too simple.

Anyway, we can still enjoy the community flight in the Himalayas with a “nice snow” preset so nobody will notice the probelms of high altitude flying. Isn’t that some comfort?

Funny they call it “nice snow” when the reason for the preset is obvious.
And also because there is already nice snow in the sim (as usual this time of year in the Himalayas).

For the next week or so, it may be necessary to turn OFF Live Weather if you are planning on flying above FL260.

I understand that sometimes a work around is not ideal, but for the last 24 hours the community has been complaining that the sim is “unflyable”. It is NOT unflyable. I put 4 hours in last night doing some regional short hops, below FL260, using Live Weather, as well as a 1.5 hour flight at FL320 using a preset weather.

Asobo has announced that they are working on a fix, and YES they said this particular bug IS included. All the dramatics are doing is raising the collective blood pressure, when there is absolutely no reason you couldn’t be out flying instead.

Relax. The fix is coming. Do something new.

If they broke it server-side they should be able to fix it server-side. I don’t understand why it would take a client-side update just to get back to the same level of functionality the sim had on Wednesday.

none of us know what went wrong, its all assumption, as are the solutions.

Patience should still be a Virtue, even in 2021

SU7 introduced this bug at FL440. I can only guess that the server side attempt to fix it may have just made it worse.

An underlying code issue may be the reason the sim is having an issue interpreting the data.

Who knows? Does it really matter? Does it make a difference if we fly using a weather preset for a few days? Or fly some low altitude routes if you really want live weather?

The preset option removes the haze, the clouds in the ground and the temperature spike. Just go fly and the problem will get fixed. 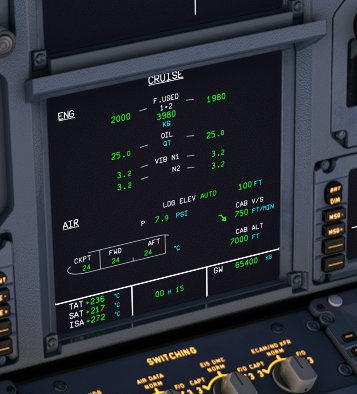 Nothing an “if” statement can’t fix if you know the REALISTIC ranges for those values.

Could we please have an explanation why we need to wait for the next client patch to have this issue fixed?

They probably need an hour-long meeting with charts and committees just to change part of a line of code and/or they’ve got someone with some seniority who doesn’t like admitting to mistakes.

There seems to be a trend over the last few months. Unit conversions and variable measurements have been a bit of an issue.

Getting data from US sources AND Metric sources. Trying to write a simple code that recognizes each standard and does the required conversions on the fly…

If I were building a bridge, this international approach would be an engineering conversion nightmare.