Doing a longer flight in the TBM 930 and went away from my PC for a bit during cruise and when I got back, I had bells ringing and watching the OAT, I understood why…have a look below 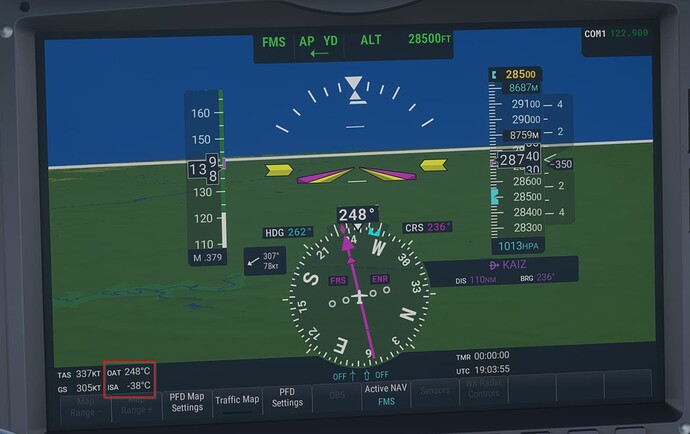 16 Likes
Live Weather Broken Again?
Sim Update 7 Live Weather regression - a broken mess
Is the weather bugged globally?
Need help 22,000 fts engine power drops!
Sudden Drop in Airspeed
Impossible to exceed the altitude of 26,200 fee withA320 neo
A bit warm up here, ain't it? >240°C above FL240, pics included
B747 and a320neo engine overheat
CRJ 'Brakes Overheating'
Does anyone know why this keeps happening?
LiveWeather Bug? with +262°C
Can someone explain what happend here?
Jets inoperable
The problem with real weather
What has happened to the 787 flightmodel
Live Weather Big Temperature Issue
What is going on with turbulence?
Wrong temperatures
Longitude ITT overheat
787-10 loss of power and flight control while on AP at FL250 and above
At 25,000 feet Airplane becomes erratic
What’s wrong with my 787
258 degrees Celsius at FL 450, ATC ceases working. Flights ruined. Game unreliable
Bug A320 throttle
737 & 787 engines overheating and rolling back to idle
Aircraft landing and wind issues
FBW A320Neo take off issues, what am I doing wrong?
PMDG 737 development was stopped for few weeks, announcements on release date on hold
Xbox Engine Overheating
Still issues with real weather
Official Discussion: January 13th, 2022 Development Update
Weather broken again
Is OAT bug back again?
What has happened to the 787 flightmodel
Live weather causing decreased Aircraft performance
737 & 787 engines overheating and rolling back to idle
Bugs ILS and climb altitude A320
LiveWeather Bug? with +262°C
Does anyone know why this keeps happening?
Longitude ITT overheat
FlyinForSkin December 2, 2021, 1:25pm #2

Ive just had this after todays update. 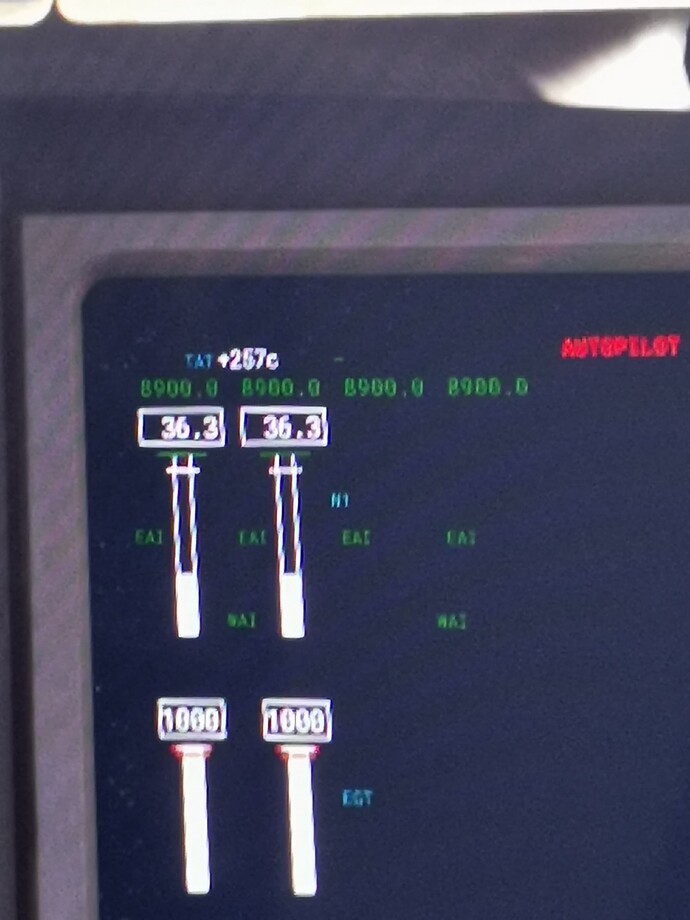 I concur same in my CRJ flying now. 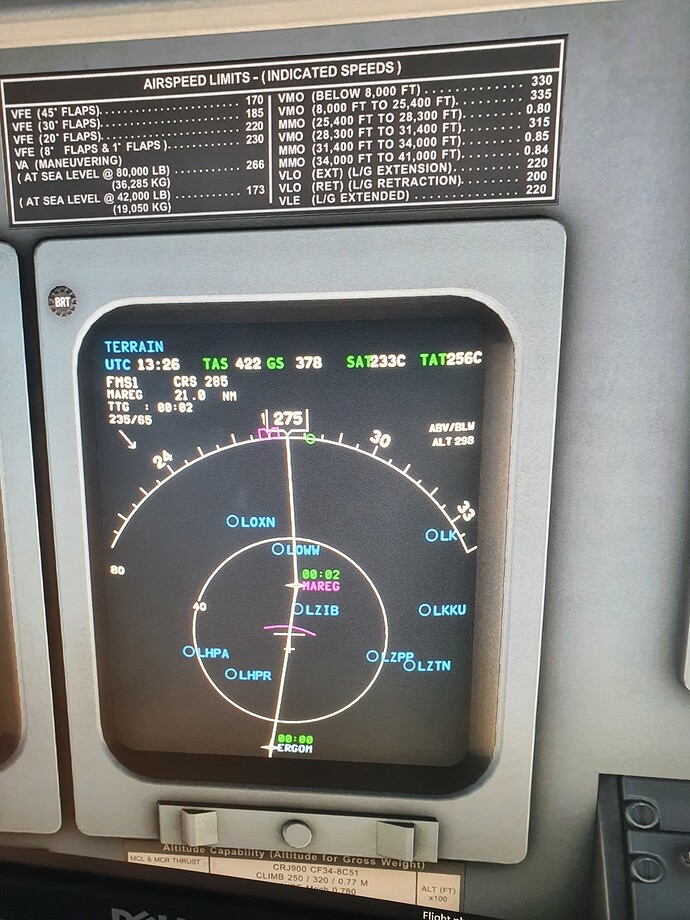 Could not work out why my CRJ became uncontrollable, could not reach FL380. Then I noticed my temp. That pic was at FL300

OK, let’s hope they get it sorted sooner rather than later.

Yep. Fix is to turn off live weather.

Could be some information on live in for rather than the engine… It flickered for me a few times. Then went haywire. Declared a mayday and I wasnt even over the triangle lol. Midway over the adlantic and still worried haha

Temperature went back to normal at FL 230. Then after FL 240 it appears again.

I could not work why I could not get my speed up and kept stalling. Only noticed today was flying ok yesterday

I have reported the bug to Zendesk 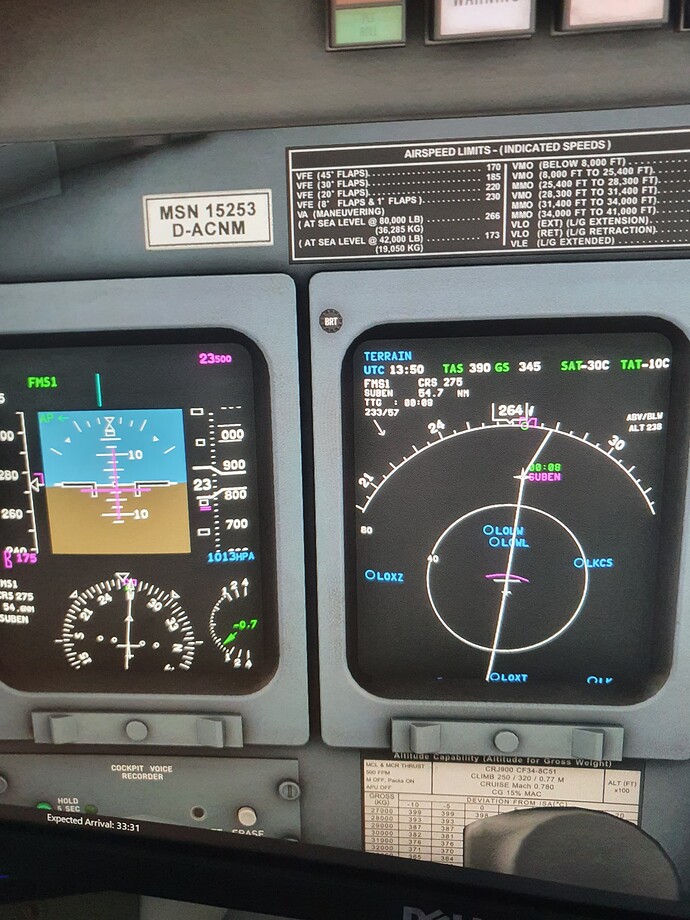 Now I was overspeeding while typing this

Now you know how Icarus felt.

It was only today was flying ok yesterday at FL380

It’s a little toasty at 28k 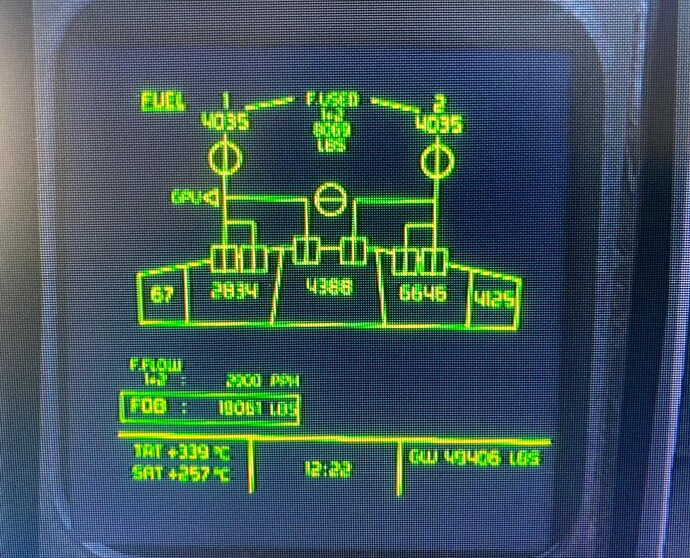 oh no… not again these live weather bugs

I have a feeling they’re working on something and broke the weather again. I’m flying now, albeit below 26K, and my FPS is much higher than what it has been. The CPU/GPU utilization percentages are different as well. The sim looks better today; I just can’t get up as high as desired.

Had the +200°C bug just a few minutes ago and came here to check. FL240 and above results in high temps probably all over the world (tested in Germany, Austria, Japan and USA).

Same problem for me. Glad my TBM isn’t made of tin or it would have melted.

Luckily I crashed to desktop a few minutes after the heatwave began.

Guess I’ll have to use the “other” simulator. You know, the one that’s works as advertised. 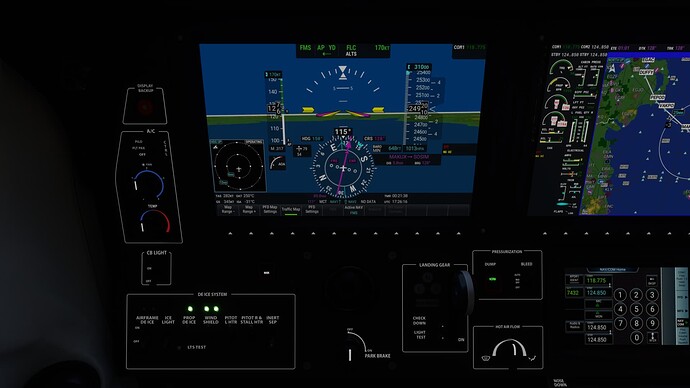