For those who are interested there is a very active volcano on La Palma Island GCLA in the Spanish Canaries peninsula off the NW Coast of Africa.

I went exploring yesterday and there was smoke in the beta, but no smoke today. Amazing scenery on the whole island, is like a Hawaii volcano Island of Europe. If departing from the airport I suggest climbing to 4500ft out to sea before turning back over land. The highest terrain in the South where the volcano is comes to around 5000ft. In the North terrain goes above 6500ft.

Mirador del Time at 1:40 is a restaurant viewpoint above a caldera of the volcano and is rumoured to be the location where “Bushcraft Bear” records daily streams. It seems to be a 2000ft high cliff from which the media have a perfect SSE view of Cumbre Vieja which lies 5nm away.
The town at 5:40 is the touristic resort of Puerto Naos which is closed and black ash rains whenever the wind is offshore. Enjoy the shortfield landing at the end🤙🏽 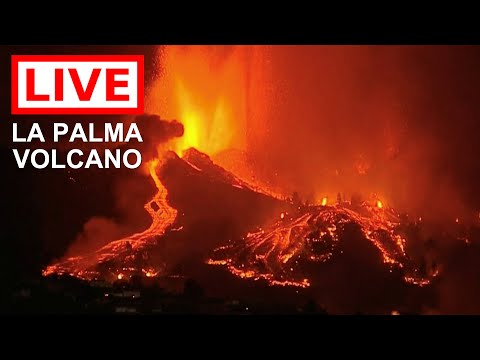 ✓ CanaryDEM is a Microsoft Flight Simulator 2020 mod created by sprightlyoldman. Download for free to enhance your experience in MSFS 2020.