Brief description of the issue:
I’m using the new Kodiak 100 in Skydivers version.
When I even switch the skydivers sign to “ready” it causes an immediate aircraft crash when “Aircraft stress damage” is activated. 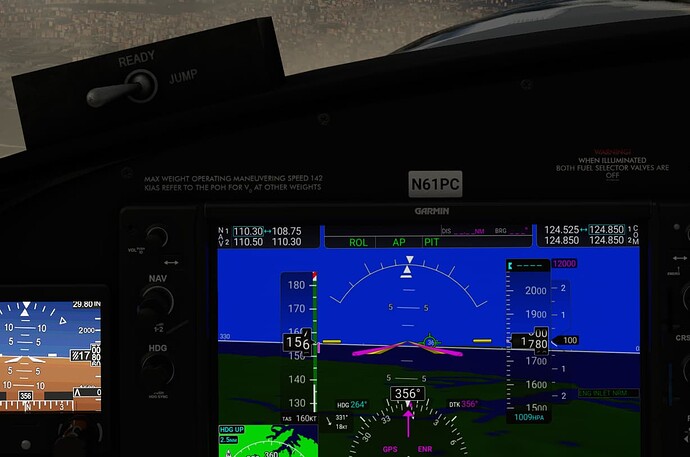 same with some other aircraft, when opens the window.

'provide Screenshot(s)/video(s) of the issue encountered:` 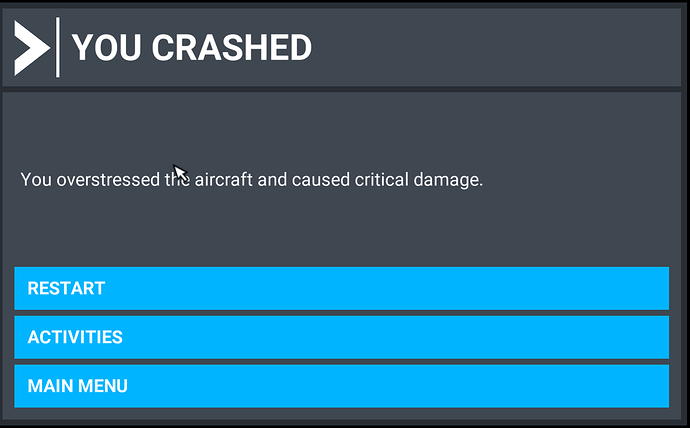 Take a look at this thread,

hmm that is strange because it works on many other aircraft so it means it is doable. Maybe something to add to “things to do” list?

This is a known issue apparently and a bug on the MSFS side.

You need to turn off crash detection if flying a skydive mission in the Kodiak. I remember reading that somewhere. Opening the small cockpit window while in the air will also crash the plane, and I have observed this in other aircraft with small cockpit windows, not just the Kodiak, so be aware.

Please confirm this is reproducible using stock sim aircraft? Because the Kodiak is involved in the original report, I need to ensure it’s applicable to stock as Bugs & Issues is for stock sim defects reporting only. Thank you.

In Assistance Options disable aircraft stress damage. It is written in the Kodiak Handbook, too. If stress damage is enabled EVERY aircraft crashes in the Sim, if a door or window is opened. These are known limitations of the Sim (wouldn’t call that bug)

Great. This sounds like it should go to #third-party-addon-discussion:aircraft since it’s not a defect per se.

Yes that’s almost correct.
But to open a window or door in an aircraft in-flight should not trigger a crash in my opinion.
Perhaps the developers can have an eye on that. I guess it’s not too hard to fix that.

For me it was very disappointing, that my aircraft crashed after 3 hour of flying only because I accidentally used this switch.

Okay I could change the setting for the aircraft stress damage to off, but I always try to fly as real as possible.

Known issue with the sim, thats why in the Kodiak manual it says to turn crash detection off.

Many 3rd party developer recommends this, same for the FBW for example. It will get „damaged“ already on takeoff due to „overstressing“ if you have it on. Just turn it off, it never was accurate, not in FSX, not in P3D. Unfortunately a useless feature and everything else than „realistic“.

This is a core sim problem. When an exit is opened in mid-air, one that uses (A:EXIT OPEN:index, percent), the sim considers the aircraft overstressed.

This is wrong, already reported and known to Asobo. However, as more aircraft start making use of openabke exits, this should probably be addressed. There is no such thing as aircraft being destroyed due to overstressing from opening an exit in reality, even with compressed cabins.

not every aicraft. The Islander has no issue with open windows in flight as has the Ju52. You can open the canopy on P149D and Spitfire.

I’d day it has to do with the developers for a specific aircraft, not with MSFS in general.

The third parties who implement door/window opening in flight need to raise it with MS-Asobo for remediation. That’s the current process as briefed to us.

Yes, this has been reported and is known to be documented as a bug.

@darshonaut that is a possibility. The default TBM that Mugz enhanced uses Lvars for the exits, which are harmless. Our decision to use Exit Simvars instead of Lvars is multiplayer. When the exits become visible in MP in the future, we want other people to see them open. We were aware of the problem but as it is a core problem of MSFS, we decided that future-proofing was the best route.