Yes they changed the data that should form those clouds. The weather system will be as good or bad as the weather data they use to render the clouds/weather.

What i’ve noticed since release of su7 is that weather looks mostly the same everywhere.

Well, maybe those 3rd party addons will make it more accurate to those METAR but i’m not that sure they will increase the realistic behaviour of weather.

I also have realised as long as we need the weather fixed to those METAR we can’t have realistic weather.

Many says DCS weather has the most realistic weather and that doesn’t need to match METAR right? Does that means it’s not a flight simulator?

I preffered the weather when we had only Meteoblue in use. It were maybe less accurate but much more realistic behaviour.

Even if you fly with a very dense layer of clouds, you can see the sun through it

This was fixed in the last update

Is Asobo going to reconsider the wx API so aircraft can finally get weather radar? Or is that still off the list for now? I wish they’d open it up, but I know they probably won’t for a while.

This was already fixed with the SU11 update.

I just tested this, and it’s still an issue. I’ve got the clouds thick enough here that you can’t see the wing tip, but the sun just bleeds right through anyway. 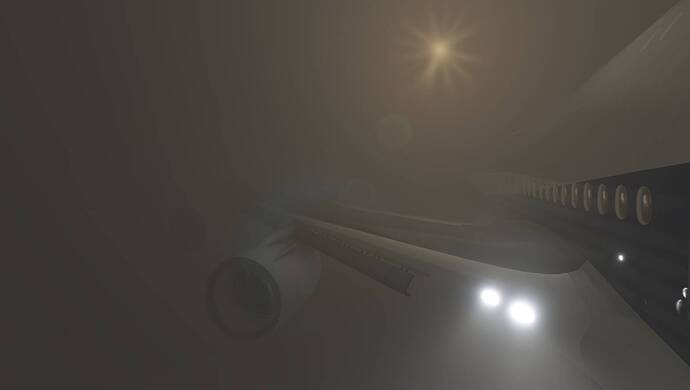