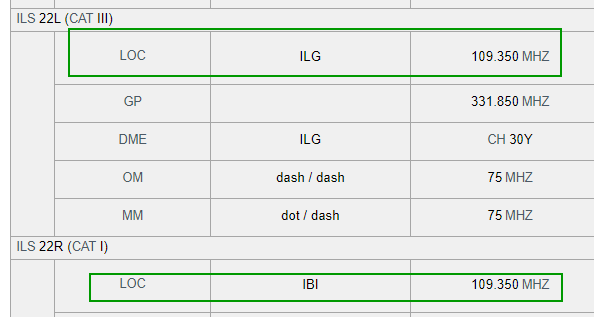 How does this work? Will they have either ILG or IBI active, but never at the same time? Or can I select one of the two myself?

You would need to make sure your FMS selected the correct runway as assigned by ATC, and the shorthand code should appear (ILG or IBI) to cross-check you’re approaching the right one.

Flying IFR, the waypoints until threshold would differentiate both runways

Airport information for Liege (EBLG) in 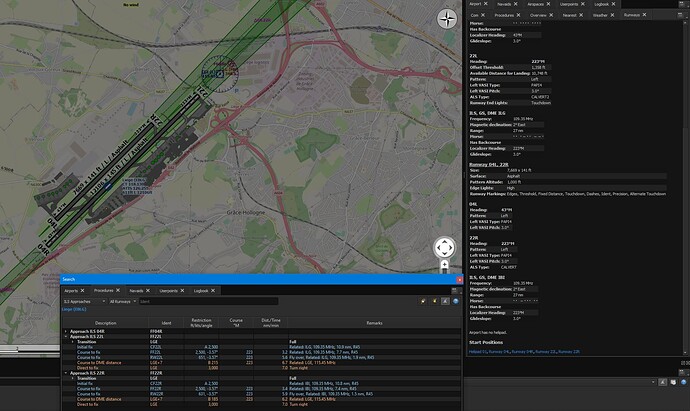 Thanks both, I’m not sure I understand fully.

Does this mean I fly the approach using the GPS, for an IFR approach? I’m not sure how the LOC with NAV1 will go to the other runway if I let the AP follow it.

Watch carefully the bottom part of the previous screenshot, which shows different waypoints sequences for each approach related to each different runway

with these flight data entered properly, the autopilot will present the aircraft at the proper entry point for the expected runway

Then, a first way is, while on World Map, to select the Departure including runway, select the arrival including the expected runway and eventually switch to IFR mode (either high or low) on the left side of the screen, if all goes well the proper waypoints will be filled on the route

A second way is to fill manually the arrival and departure in the MCDU while preparing flight inside the cockpit, then enter each individual waypoint including the expected approach

Let us know if there’s again room for some clarification

Hi, I just tried what I think I’m supposed to be doing. And more or less got to runway, but not the way I expected/want.

I’d like to make the whole thing auto-land. When I use LOC and APPR, it lands itself. However, if I use these here, the aircraft will go to 22L no matter what I put in the MCDU.

So I had those waypoints in my flight plan, with the appropriate altitudes. I made it follow the waypoints but the descend did not happen according to the glide slope (from the ILS), it started later and was steeper.

But I also would’ve ended up even more to the right of 22R, so I had to manually land. Not that I cannot land manually, but that’s not what I want to do here.

I must be missing some piece of the puzzle: if I use LOC and APPR, I end up on 22L. If I use the GPS, I end up high and next to the runway. The only way I can find myself to land on 22R is manually.

In this image you can see with the ILS diamonds I’m already above, and it wasn’t descending yet, it was set to 2500 ft. This could be my fault as I was still reducing my airspeed. 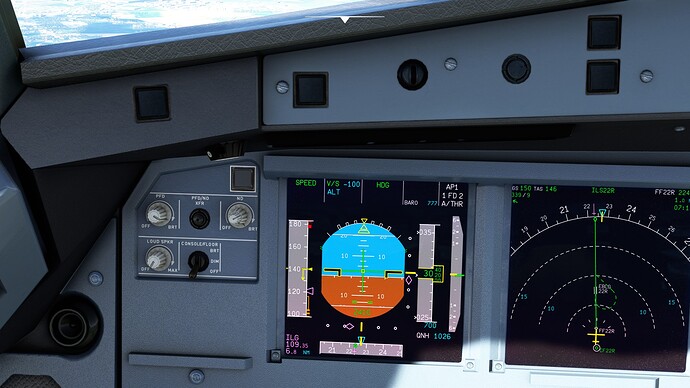 I then was descending, and steeper than the glideslope so I caught up to it, but as you can see in the screenshot if I let the aircraft follow laterally to RW22R I would’ve ended up next to the runway, so that’s where I disabled the AP (and did a terrible landing). 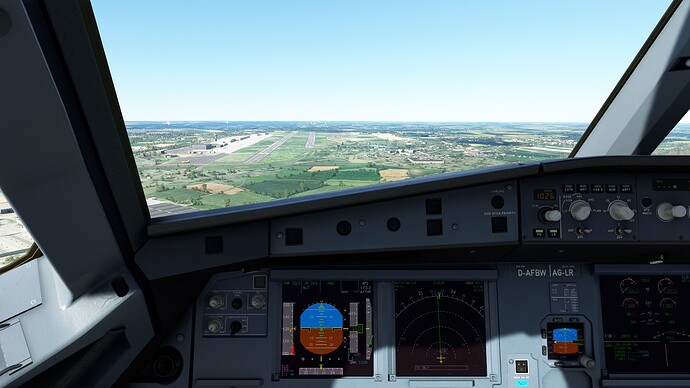 As a follow up, I found some information about X-Plane where people had the opposite problem: always landing on 22R at EBLG when using ILS!

One of them pointed out the AIP for EBLG has the following note in Section 4, runway regulations:

This could also be because the runways are quite close together.

Looking at the AIP, there are two separate physical localisers. I can imagine they activate one or the other, but never both. 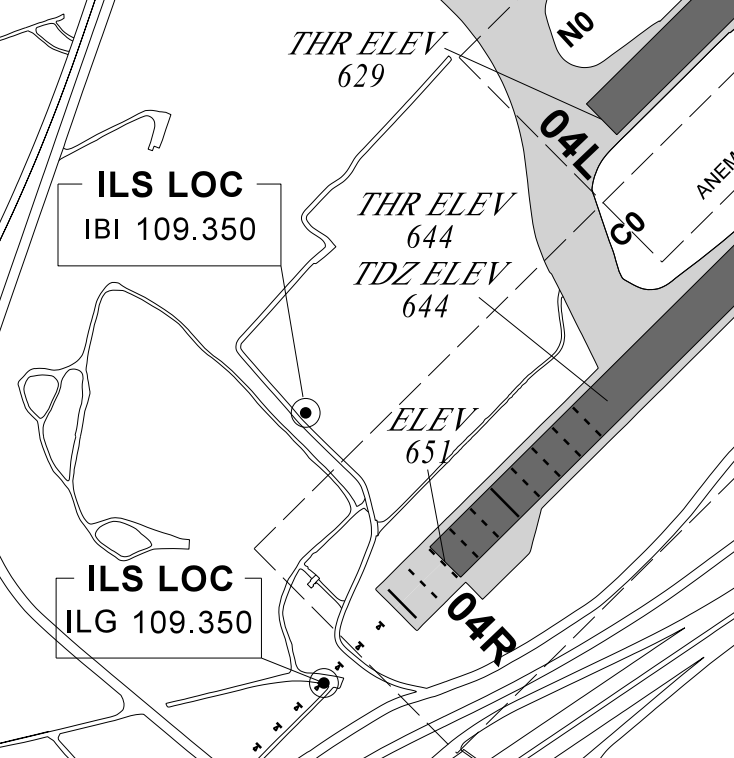 In case I’m assign 22R I have the feeling an ILS approach is out of the question.

Update: if I adjust my google search to use the older 23R and 23L, I find more similar issues. I’m starting to think EBLG is a little special.

In any case we have to end landing manually

Read this, which may clarify some points in case of non precision approach, not exactly the same, though similar to the current in-sim situation, with same LOC frequency for both L & R runways (in-sim can’t always reproduce what can be done in RL, due to lack of handling of specific situation) :

The Final Approach “Fix” on an ILS

Consider the ILS RWY 26 at Lewiston, ID (KLWS). This approach is a “pure” ILS; it doesn’t offer an “or LOC” option. Here’s a question that came up recently durin… In aeronautics, the final approach (also called the final leg and final approach leg) is the last leg in an aircraft's approach to landing, when the aircraft is lined up with the runway and descending for landing. In aviation radio terminology, it is often shortened to "final". In a standard airport landing pattern, which is usually used under visual meteorological conditions (VMC), aircraft turn from base leg to final within one-half to two miles of the airport. For instrument approaches, as we...

Watching your screenshot in details, it looks like your MFD (right display) is showing the proper binding to 22R, though the PFD doesn’t designate the IBI identifier.

Anyway, it seems correct. I don’t know if you’re flying the FBW, however I guess the MCDU would have displayed this identifier on nav frequency page or at some point while selecting the runway 22R.
The thing is to expect manual end landing in this situation

One additional input on duplicate frequency : 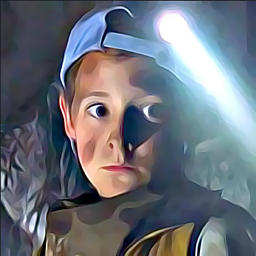 Why do double-ended ILS runway share the same frequency from both sides?

Yeah, that post also seems to say they turn on on or the other. The case is slightly different but it’s still 2 ILS’es with the same frequency.

I guess, in the sim, a precision approach on 22R will not be an option then.

Turning on/off certain ILS approaches could be done programmatically based on say the date so every week it swaps and you get a chance to fly each one.

Yes, I think disabling them somehow would be the only option. But I’m OK now that I - think - I understand what is happening.

I just did an RNAV approach instead, and after some practice pulled it off in a somewhat acceptable manner. Now I know what to do in EBLG next time.

Thanks for the tips. Very informative stuff! Fun way to learn something.

What did you do in MSFS today? General Discussion