the point i am making, when he was at 100% throttle, he was only burning 5gal per hour and was only aroung 6k feet, this was also into a 10kt headwind over france. Just highlighting it for admin to look into further.

I will happily retract my claims if it can be explained how this was managed because I tried everything I could think of to replicate this bit couldn’t get close. 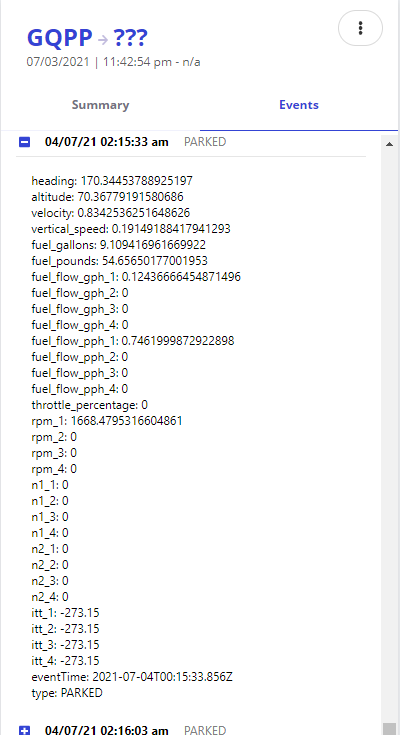 As for the JeffCatNL issue, there were a dozen other DA40NGs in the area, flying at the same time, yet Jeff ended up way way way faster, burning less fuel. From my extensive testing in preparation for the race, there is absolutely no way you can get a DA40NG down to that fuel flow levels in the sim at those speeds at that altitude. The video I provide below notes that there is identical weather. Even the same weather patterns exist on the NEXRAD, which indicates that Live weather was honestly turned on.

One thing to note is that you cannot compare the fuel flow of a plane at 1000 ft to one at 20,000. Unless theres some seriously broken weather for only one person, (and I mean impossibly broken), then theres no chance of getting the fuel flow that low. Fortunately, we have his stream, and whole SimAir logs. And boy, can we say smoking gun!

For those who want to hunt around, he sparingly shows his panel, but this is the whole run. Twitch

For a clipped version from 8:14, talking about NexRad on Discord:

Compare that with my plane, in the SAME exact area, and look at my screen. Check the GPH, IAS and TAS, doing full tilt.

I’ve tried to keep the times as close as possible. I ask for other streamers to please also clip your streams and data from the same time.

It also makes me very much doubt his numbers in the Indio-Pacific race as well. There, he was the only one to take the direct route in a 172, so we had nobody to compare it against. My initial testing said the 172 couldn’t do it, but I also didn’t do extensive LoP testing in the sim. I just assumed there was a way that you could lean out the plane, and keep the speed due solely to the tailwind out there. This race, we have people to compare against, and his numbers don’t make any sense if everything is legit.

This is supposed to be a fun race for a great charity. A bunch of us noticed the issue early on (in the first hour; these logs are 14 minutes into the start of the race), and decided it was best to just let it be until the end of the race. Let the charity be the star of the day. Don’t let one person’s need to win mar the whole event. I hate even having to make a post like this.

And because I don’t want to leave anyone with the impression this event was scarred, or some kind of hyper competitive event, I want to say we all had a ton of fun in this race, and really enjoyed it. I’m happy in my placement, but displeased that it comes at the expense of Swoop and other’s having CTDs mere minutes away from the goal; I would rather win fair and square, and Swoop especially beat me. The final race between me and Haddock was nail biting. My stream was waiting with baited breath to see if he could overtake me with his major altitude advantage. The final times were close, and I have mad respect for such a fierce, but friendly, competition. Many people that encountered tight races could be found in each other’s Twitch chats, encouraging each other, and giving helpful tips. I’m very happy with the overall race community, and very much look forward to the next race.

La Mario is my vote for most bold strategy. Taking the wide stance didn’t end up paying off, but that could have gone the other way if the weather changed. Gotta risk it for the biscuit. 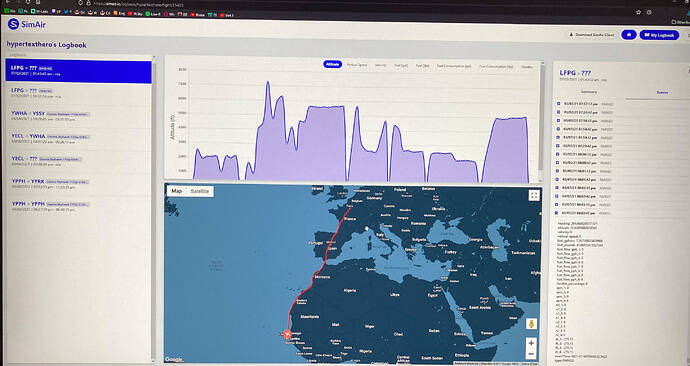 As discussed on stream. CTD 81 miles from dakkar, restarted from last landing at GQPP…forgot to restart simair.

Landed safely in Dakar. Wow, what a race. 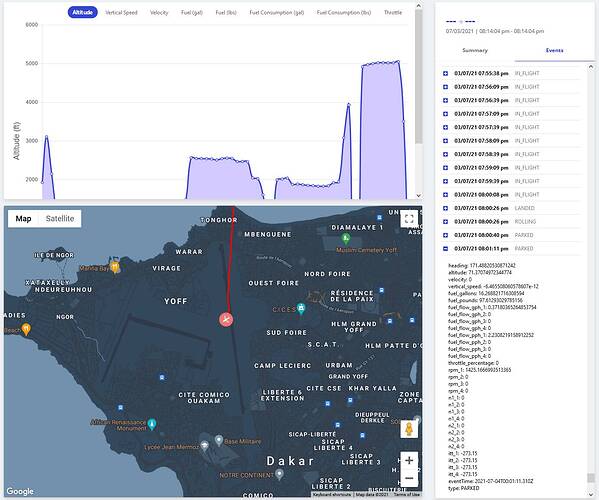 It was a cracking event, really enjoyed it. Shout out to Flyandmore too who actually followed me out to the canary islands and actually pushed it 30nm further than I did and made it to the next airport on the islands, was very impressed at that.
Faro to Lanzarote for me at 561nm
Faro to Tenerife for Flyandmore at 592nm. 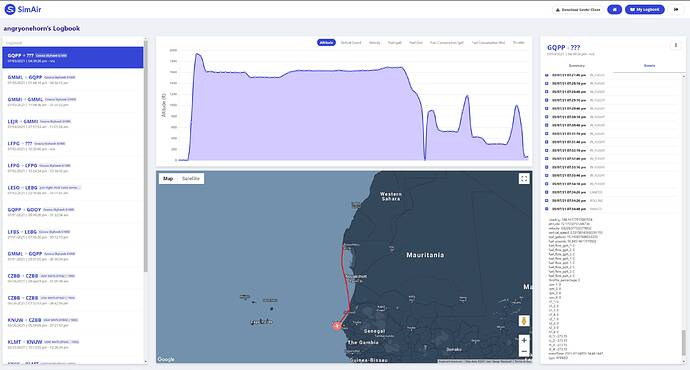 Thanks for great event! 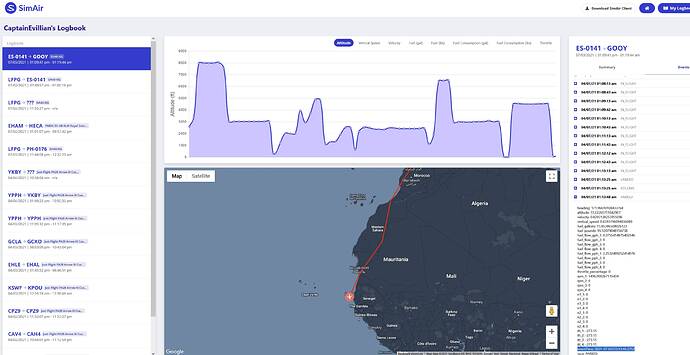 He was doing TAS153kt (So without wind) at 800ft with 5.3GPH fuel usage.
That is not possible by far with the default plane.

That’s both 3GPH short and 15 knots too fast.

Shortly after takeoff and for most of France, there was somewhere around a 2-4kt headwind if you weren’t flying in between trees like I was. The higher you went, the worse the winds got, there was no current reversal at altitude or anything like that.

So…what was that then, a wind layer set at 30kts from the north east or the power of flatulence?