Hope this is the correct section.

Any idea why when I pause using the “SET PAUSE ON/OFF” keybinds, once I unpause after a long time I see the fuel very low. I followed this guide FYI [[HOW-TO] How to actually PAUSE the sim!] 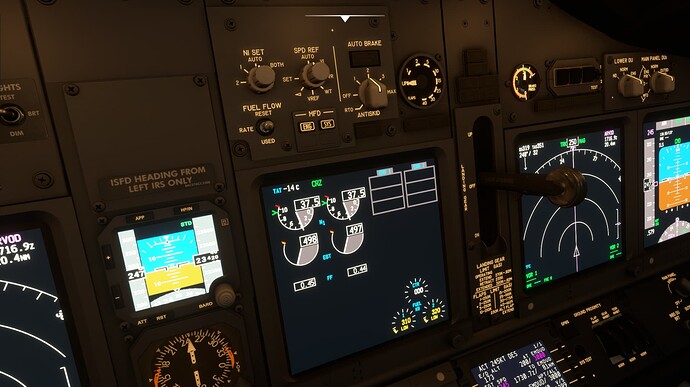 I would guess that is because you are actually using active pause rather than a traditional pause that literally stops everything.

No, if the Topic Author is using Set Pause ON, that’s actually more of a real pause than Active Pause.

Even when using the Esc key, effectively pausing the sim, there is a fractional fuel usage. Two options to reduce or eliminate in the PC environment …

Silly me, I would have thought that “pause” meant exactly that - the game enters a state of suspended animation and is, in essence, frozen in time - rather than being in a resource-consuming “hover” like a helicopter.

I can understand that in some situations, like a live-sim situation where others are actually doing something with you, where a “frozen in time” pause might be inappropriate, but surely the sim can tell these cases apart?

I would be tempted to call this “feature” a bug or a design defect.

It’s the first sim for me that pause doesn’t freeze everything (understanding it wouldn’t be possible to pause the live traffic component) and was indeed a surprise when I learned this. Im sure there’s a reason for it but I wouldn’t complain if there was a future ‘easy’ full pause that uses minimal system resources.

I read somewhere that pausing in Dev Mode will initiate a full pause but I’ve never tested that. Not sure it’s true.

Without knowing a lot more about things than I do, I would hesitate to use any developer functions.

And I cannot possibly imagine why pausing a game would require developer privilege. . .

I read somewhere that pausing in Dev Mode will initiate a full pause but I’ve never tested that. Not sure it’s true.

It is true but it’s not intended for use in a normal flight. It’s for editing purposes, when you’re in your own little world unconcerned with live weather, live traffic, etc. Say you’re resurrecting a long-dead airport, or just building one that MSFS somehow didn’t include, and there’s nothing currently existing in MSFS near that location you can start a flight at. Problem is, you NEED to start a flight pretty close to there so the editor’s camera is there and you can actually get to work. So, what you do is take your best guess of where the airport should be on the World Map, start a flight at a custom waypoint there, then immediately hit pause in dev mode. Why? Because you don’t have any controllers plugged in because they’ll be in the way of using the mouse and keyboard for editing. Anyway, with the plane paused, you move the drone camera to the exact location, plunk down the top-level airport object and a runway, and save. From this point on, you can spawn on the runway you just made and being paused really doesn’t matter. This really used to be WAY more important before whatever sim update added Bing maps to the World Map, which took a lot of guesswork out of the initial custom waypoint location.

But anyway, Active Pause, like many things in MSFS, is named strangely in English no doubt due to translation from French. But really, the name doesn’t lie. The sim remains totally active, the only thing that changes is your plane stops moving. The wind still blows, the fuel still burns, and flight dynamics calculations keep on happening. If, for example, you start Active Pause pitched up at cruise power, and you leave Active Pause on long enough, you’ll be stalled when you un-Active Pause. So really, just don’t use it.

Gotta try both solutions, will let you know

And it actually works. Had only lost 4kg in total in 3h away from PC. It freezes also the time btw

has anyone tested other planes?
I now, the PMDG addons (737 and CC-6) use fuel during pause.

But as far as I know, other addons do not or I’m wrong?

So is there a way to actually pause?? I paused the A310 and when I unpaused I was out of fuel lol. I frequently have to pause the game during flights so this stinks.

i want to add to this list of people requesting a fix. paused the game for about 2 hours to eat with my kids and get them ready for bed. i come back to unpause my sim and im out of fuel AND my battery is dead.

It really should be fully paused if its paused.

BUT… i may have just found a ‘workaround’. I was out of fuel so i made an emergency landing in a field (piper warrior ii from just flight), and on the ground, i hovered to the top menu, clicked on flight assistant. one of the options there was to ‘teleport to higher altitude’. well, i clicked it and not only did it teleport me up to 3000 msl, but it also topped off my fuel tanks and charged my battery.

your mileage may vary but worth a shot .