I’m having a problem when I land and engage the reverse thrust. The red warning light screams at me and the text “TRIM” appears in red on the PFD. When I look at the elevator trim gauge it shows full nose down trim even though I’m sure I was in the green when landing. Am I doing something wrong?

The master warning will always come on for reverse thrust @UDDEVALLAPPL. However you have 6 seconds to trim the elevator back into the green range after weight on wheels is detected for setting off the TRIM warning.

Is it me or is this plane OVERLY sensitive on the ground? Even with the locked wheel and the trims in the green, it swivels extremly and unpredictably left and right…

I tried reduced rudder authority, reduced sensivity and linear sensivity on the pedals, but it stays awful…
It breaks the whole fun as takeoff and landings are not enjoyable…

Same with me. Very squirrelly.

Yeah, i tried everything now, rudder trim, whell lock on/off, different sens settings for the rudder pedals… its no fun, it is awful and not enjoyable at all. Back to the hangar she goes. Takeoff / landigs are just a random mess.

At takeoff there is one point, i guess it is when the tailwheel lifts off the ground, the random swiveling just starts.

With my saitek x52 I have no problems to manage it. Tail wheel lock is a good thing.
The other trail draggers I use, birddog and c140, can also be a little twisty on ground, but also manageable with the x52.
I like the porter and is still looking foreward to the beaver.

Are you pushing the yoke forward prior to takeoff run to facilitate getting the tail up? Cause you should.

Mine is in the hangar for a few weeks until we get a steam cockpit or at least, a compatible NXi and maybe some better ideas for the HC Bravo implementation and a working Streamdeck profile. I genuinely like the aircraft, but at that low speed it is a niche flyer and I am confident that it will mature like a fine wine or a good cheese. In short, it really is a keeper.

Tried both. Its more awful when i push it, i guess.

This is how one of the better Takeofs looks like: 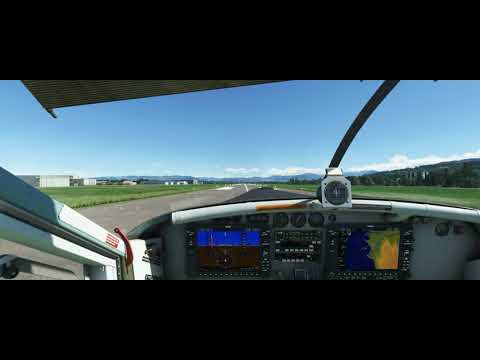 I will appreciate any help that i can get, because most of them end almost in the grass and the swivelling is even more extreme. I really want to enjoy this aircraft but im having a hard time right now and it is a bit frustrating to be honest, as there is basically no plane, that i like, that does not have some glaring issues in MSFS… 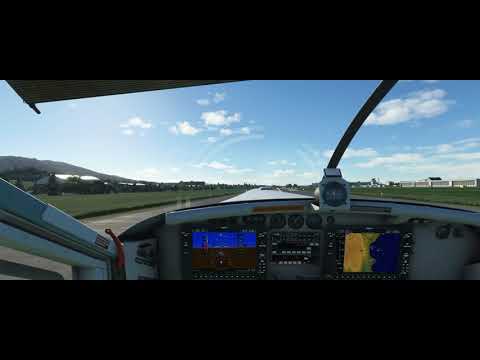 Yes it is horrible as most taildraggers in the game, I keep the rear wheel on the ground by pulling my Yoke until the plane take off, I know it is the opposite of what you should do in reality, but it’s the only way for me to stay straight on the runway, and I do the same during landing while braking with full force.

yeah, i just tried now (about the 35th time) with pushing the stick, its even worse.
Ill try with more pulling now. Its a shame, i really cant enjoy it like this and it makes me a bit angry tbh…

You’re way WAY too fast on landing… you should be just above stalling speed… like, 60-80kts I think it is…. Slow. Very slow. Flare out just above the runway and she should “plop” down nicely.

Takeoff… if you’re using pedals it’s much easier than a twisty stick… nonetheless, again, slow is your best bet.

There are as yet unresolved issues with ground handling in rail draggers in the sim. Asobo is aware but has yet to fix them.

It sounds and looks like you are not locking the tail wheel on takeoff and landing as per the manual @HXArdito? Shift+G is your friend!

If you read my posts above and watch the vid, you can see and read that i locked it. I also wrote that i tried both, locked/unlocked. Groundhandling during takeoff/landing is horrible, as other users also mentioned.

Hey, thanks for coming by!
The landing was not to the books, was just a quick and dirty demonstration. It is about the rolling on ground, not the landing itself here.
I also dont use a „twitchy“ stick, i use pedals, as i already mentioned, i tried different sens settings for them. The Porter is the only aircraft that handles like this.

It might be the sim to some extent, but i hope you guys can improve it. It is really annoying.

Yeah, also the JU handles way better, but of course, is not really comparable to the porter i guess, but it can be done better, im pretty sure.

So, I was checking the DLC aircrafts by Asobo, the Husky and the Junker.

And I’m feeling like there’s something missing render-wise in the Milviz PC-6 in the cockpit, it doesn’t seem to have those materials effects. Reflections on metals and plastics, lighting that gives depth, … Anybody feeling that? It feels a bit flat and lacking interactions with the sunlight.

I also noticed that the rivets on the PC-6 nose don’t have volume. Now having all rivets in volume on the Junker is probably overkill, but in key areas it really adds to the realism. The PC-6 nose is in full view from the cockpit and covered with rivets, for example, but it looks flat. Similarly the Husky has modelled some nice horizontal screws on its nose.