Do you have any add-ons in your Community folder? If yes, please remove and retest before posting.
No
Are you using Developer Mode or made changes in it?
YES
Brief description of the issue:
The airport identifier is limited to 5 characters. This is not enough. 8 characters would allow a more accurate ID
For example: CA-0171 Isachsen Airport 78.786517, -103.523051 is not present in the Sim, but does exist in the real world. We should be able to add this airport with it’s correct ID. Many countries use expanded ids (France for example).

Detail steps to reproduce the issue encountered:
Just try to add a 6 character (or more) ID in DevMode
PC specs for those who want to assist (if not entered in your profile)

Asobo has already changed the character limitation to 5 characters. Although they claim it as ICAO, in truth it is simply the internal airport identifier. But, they have been using fake 4-character ICAO codes for some airfields, which would be unnecessary if they expanded the ID to 8 characters. So by keeping it as 5 characters, and using fake IDs, what you fear has already happened by design in the sim. There is no separation as to airport ID and ICAO. They are the same in the sim, and are referenced as ICAO. Arguing over the semantics of the ID is pointless. The damage already exists.

I advocate changing the ID limitation to allow the true airport ID for all the smaller and military airfields, as well as water ports and heliports.

Here’s a link to an airport comparison spreadsheet which compares the “ICAOs” in the sim to the real world identifiers.
AirportsCompare

I think, your post may need to be detailed (World is not not only “ICAO”) not to irritate your Repliers.

If you want to Request at Zendesk, then you may better only request to extend the Microsoft internal Airport Code format e.g. for additional usage of Psydo(!) ICAO codes, as e.g. used in France or Germany and other countries for very small Airfields. The standardized ICAO codes are (and will stay) limited to only 4 Characters.

The ICAO (/ˌaɪˌkeɪˈoʊ/, eye-KAY-oh) airport code or location indicator is a four-letter code designating aerodromes around the world. These codes, as defined by the International Civil Aviation Organization and published in ICAO Document 7910: Location Indicators, are used by air traffic control and airline operations such as flight planning. ICAO codes are also used to identify other aviation facilities such as weather stations, international flight service stations or area control centres, whe...

But the World Airports are not only identified by 3-, 4- or 5-character limited ICAO or IATA Standards.
It will be necessary to cover all(!) of them by Microsoft specific internal Airport Code format.

The semantical error is on the part of Asobo. They treat all airport IDs as ICAO. I don’t care if they persist in this error. I just want 8 characters for the ID, so 3rd party developers can correctly identify their airfields without resorting to fake IDs.

How can a 3rd party developer accurately identify this heliport in MSFS? Currently they cannot. They would have to create a fake ICAO as an ID due to the 5 character limitation. (And hope their fake ID doesn’t conflict with another fake ID by another developer).

Yes, you’re right. Asobo should better explain their Database objects and eight characters out of limited ASCII are also only a minimum. And also yes, today surely 5 Characters is not enough (and we are in modern times, where Gigabytes dont care to much for the FS…). My invention was only, not to point it too much on ICAO or IATA. I think, they also massive conflict to asean Airports e.g. in China or in Japan (I was there and they like very much to use their own characters & languages). I think, ICAO Standardization is not really the World of Today…

Good luck for your Zendesk Ticket. Hopefully it may help worldwide to bring us more together

On St. Lawrence Island, Alaska. There is a gravel airstrip near Kitnagak Bay. The local name is Lietnik. It’s just used for transportation for a couple of small local mines (tin I think). It also is the landing area for checking a NOAA tide marker. This airstrip has no ID. But an 8 character (or more) ID in the sim would allow for using LIETNIK as the identifier. 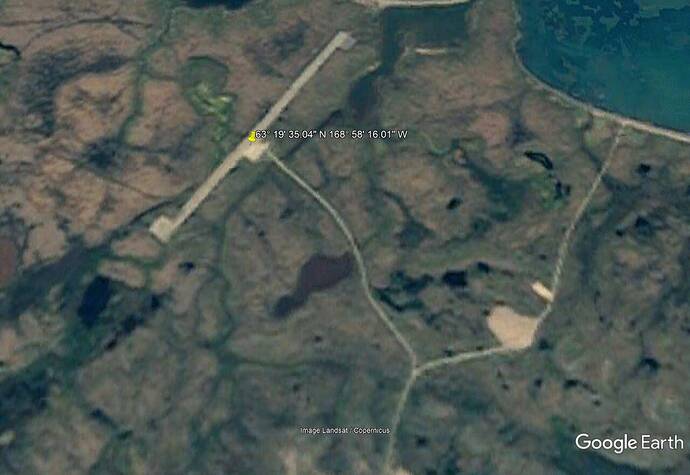 You’re right (“The semantical error is on the part of Asobo.”)! 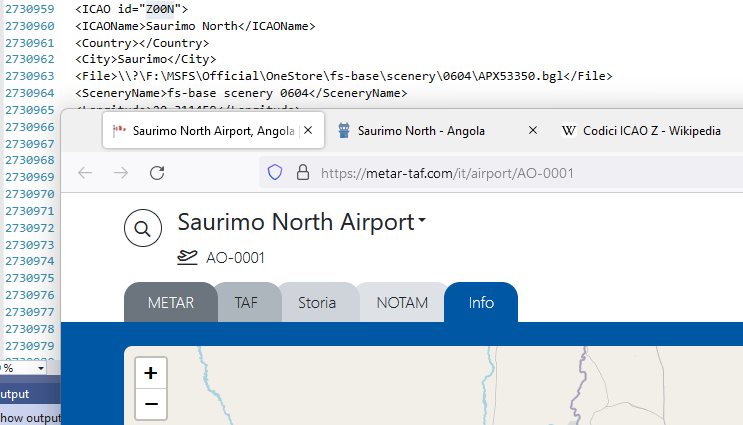