Please recommend the settings for my PC + reverb G2

New to VR aspect of MSFS2020. Cleaned from dust my old VIVE1 just wanted to understand how to fly without seeing controls and even with VIVE1 was greatly impressed but eyes were really tired, door effect was noticeable and annoying so tomorrow should receive HP Reverb g2 v2. Could you please advise what should be the settings for my PC and where? I’m using Steam version of MSFS2020

With VIVE I have steam VR installed and when about to press “ready to fly” was moving to VR with CTRL+TAB it was launching steamVR.

Now I understand I need to use OpenXR so I’ve install OpenXR + OpenXR tools.

What DirectX better to use?

Would the process be the same? I will just launch MSFS from steam switch to VR mode and will automagically launch mixed reality portal?

Of topic a little: how do you find the tracking in g2 ? I’m a little skeptical as VIVE is using those base station and never had any issues with it… 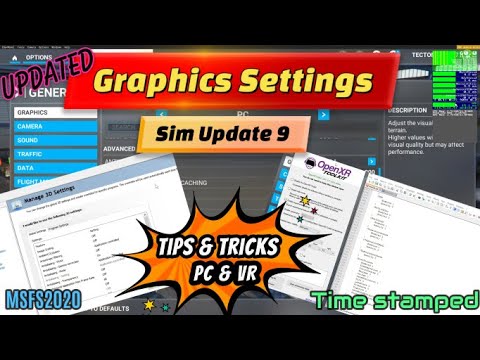 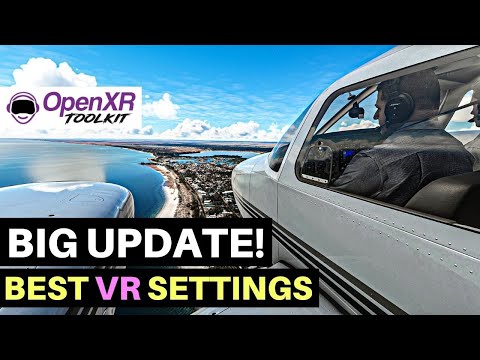 With that hardware, you should be able to run MSFS VR quite well. To start with I’d stick with default OXR render resolution, motion reprojection your choice (but probably off as AMD is not renowned for MR quality) and DX11 TAA. Graphics settings are highly personal preference, but I find setting the top half down to texture resolution at high and below that at medium gives excellent graphics quality and great performance with few compromises compared to setting everything to ultra. You may also want to try DX12 and FSR 2.0 to boost performance, albeit at the expense of visual quality from the downscaling.

Re VR startup procedure, I get best results starting WMR first, then MSFS then toggling into VR while still in the MSFS menus then staying in VR until I exit from MSFS.

Re tracking I find the G2 tracks very nicely. Occasionally it can get screwy if you have poor light in the room or if you haven’t cleared WMR environment data for a few weeks, but both of these are easily fixable. You can turn on anti shake in the OXRTK to smooth out minor head jitters (mine is set to -40%) but only if you are not using motion reprojection as it adds latency that confuses the MR algorithm.

OK. Tried with default settings and have much sharper image than on VIVE1 and eyes are not tired and don’t have that dizzy feeling and can read the gauges properly now. But at the same time when you look at the horizon - things looks so unfocused and that feel strange as in real life you can change focusing from panel to horizon and here it’s only panel that is in focus.

And there is this choppy moving of the head while in the cabin like tracking issues but that’s only in MSFS so not sure what to tweak here.

Will enable FPS display to see it as it also feels choppy video wise. What would you recommend to increase frame rate - FSR?

Horizon focus fixed by removing film from lenses (stupid me).

But framerate is low - 30+ FPS being top. Tried ULTRA VR preset and the one below - makes no difference. Gonna check some videos on how to enable FSR to get some frames.

But picture is so clear. 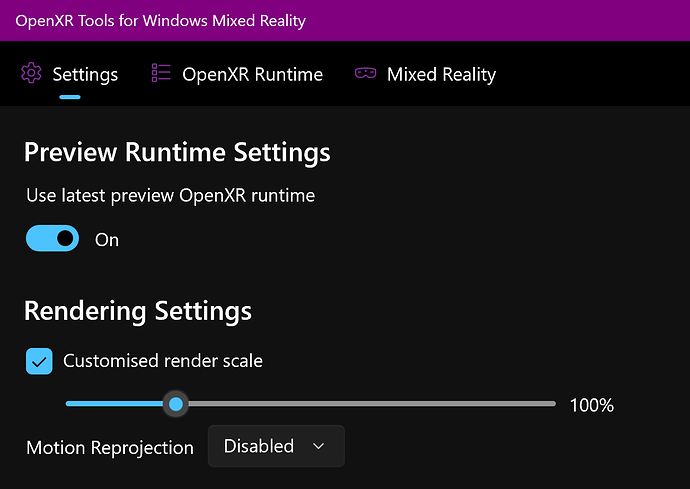 Also, try the graphics settings I suggested above. Post a screenshot of MSFS DedMode FPS view so we can see what we’re dealing with.

Thanks. Another thing here: for 7900 series gpu AMD has separate drivers so far. And it has this shy statement:

FSR gives TERRIBLE ghosting effect. So so far only dropping resolution is the method to get some frames in VR for me. But need to play there too: dropping resolution 50% with ULTRA quality gives 50fps but still looking on to water while flying by looks choppy in headset, while on the screen it is smooth. So have to drop quality and lift resolution…

Some good advice so far, check this little trick out too. Out of all the settings I’ve ever changed, this for some reason had the most impact. Added visual clarity with no (discernible) performance hit. 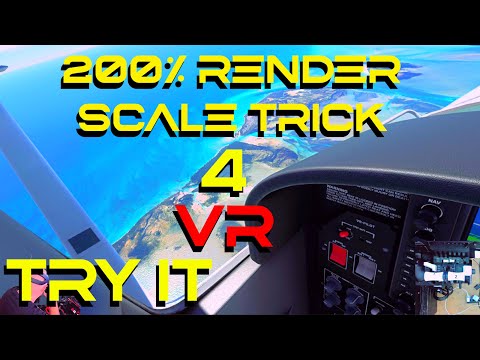 Also worth pointing out, if you want to change texture resolution change it in the PC graphics settings first then set it to match in the VR settings. Changing texture res requires a game restart, which entering into VR does not do

Thanks, will try. Hope this works in latest update or won’t be broken in future updates. Really liked FPS using FSR2.0 but trailing or whatever effect it was - just horrible.

You mentioned that you are able to achieve 30 fps. This is pretty good for VR. I fly in the range 25-40 fps with 4070Ti and I’m pretty happy (no motion reprojection). With nVidia card I benefit from DLSS a lot, when it comes to fps, while preserving quality. I keep my parameters in sim between High and Ultra, I don’t even dare to put all on Ultra.

Umm the “200% PC render scale trick” hasn’t worked since SU5… that video is really old. You must be experiencing placebo =(

Yeah, had same feeling that this is old trick. Cannot see any boost there. Another thing that became noticeable while playing in VR - wrong scale of the buildings/places. Was flying over Greenwich university (where the aliens’s space ship from Thor movie was landing) - in the sim that place can barely fit couple of cessnas)))

Weird, but I have a 13900K, 4090 and HP Reverb G2 I was getting micro studdering moving my head in the cockpit with very high frame rates that I wasn’t getting with the Quest 2 and was obviously very frustrated. MSFS seems to run very well at relatively low frame rates like around 30 so it may not be the frame rate that is causing the issue but something that is causing it not to be smooth if that makes sense.

Even though I had very high frame rates in the 60 to 90 range, it was not smooth in the cockpit even at the lowest detail settings. What ended up smoothing things out for me was enabling Motion Reprojection in the OpenXR Tools for Mixed Reality. That fixed the studdering for me when most say to disable this feature.