Ah that would make sense!

However, I have a problem. I have not been able to fly the -700 for some time. First, it was the battery switch was poking through the cover and I could not click on anything. Now, after this last update to SU 10, I can’t click anything and the keyboard shortcuts don’t work. I checked and made sure that under the General Options it is set to Legacy and not Locked.

The -600 is completely free from any issues and I love flying it. The PMDG line is definitely my favorite to fly these days. While I love the Salty 747, the aircraft is too automated, I enjoy having to manually input more of the flight information/systems setup in the 737.

TLDR, 737-700 is completely locked up with no switches being clickable and the keyboard shortcuts are not working either. I did make sure to select “Legacy” instead of “Locked” in the General Options/Accessibility options.

TLDR, 737-700 is completely locked up with no switches being clickable and the keyboard shortcuts are not working either. I did make sure to select “Legacy” instead of “Locked” in the General Options/Accessibility options.

Try uninstalling and reinstalling the -700. Each variant is a separate aircraft with a separate community folder. It’s possible only the -700 is corrupted, and might be why the others work fine.

You nailed it, thank you! I completely forgot that I had moved msfs to my ssd drive and it didn’t copy the files correctly.

736 was bought and installed directly onto the ssd which is why it worked without issue. Reinstalled the 737 and running like a champ. Thank you.

Does anyone have issues with liveries installed in operations manger not showing up in the install list, but showing up on the game and when you come to remove the livery, you cant uninstall it as its not on the list but by deleting it, it still shows up in the liveries selection in the game…
I have two liveries with this problem…

to remove any 3rd party ones.

Let´s assume one of the integrated disk generators fails in the 737. Is in this case the APU started in flight?
Or leave the pilots the APU off and say “well whatever, it would be too much coincidence having the second generator fail also!” while continuing the flight normally?

Not sim-related but since there are few RL pilots here, I wanted to ask -

Just trying to fly my own “jet” in the most realistic manner.

Scroll a little back, it was discussed here not so long ago.

The 290 knots shown on FlightAware is ground speed, which might indeed be higher than 250 knots if the aircraft was flying with a tailwind.

The 250 knot restriction below 10,000 feet is for indicated airspeed as shown on the instruments.

Ground speed will be higher than 250 knots also the higher the aircraft flies. Even in a zero-wind situation, if the aircraft is at 9000 feet (with ISA temperature and pressure), maintaining 250 knots IAS will give a true airspeed of 289 knots

Just had my first flight in PMDG B737 since SU10 update. I always start in COLD&DARK. But was unable to toggle the Power Switch this time.

By clearing the "working area’ ( ie FlightSimulator_8wekyb3d8bbwe\LocalState\Packages and remove pmdg-aircraft-737 folder). Then the initial startup default allows me to fly the 737, but not from C&D. So will have to live with it until PMDG resolve the problem.

A reinstall of the B737 will not work since the existing ‘working area’ will still be used. This clearing of the W/A also works when hydaulics have been an issue (no steering, flaps and spoilers, may have been caused by me not starting the B737 correctly). A restart will not clear this, another bug.

Depending on the airspace, the speed restriction below FL100 is the easiest to get rid of. Normally the company has a hard limit for the speed at a lower level. In my company the absolute highest level to fly faster than 250kts during descents is 6000ft/FL060. On climbs we don’t have a hard limit, just the ATC limit. On climbs without speed restriction we usually accelerate to full climb speed as soon as the flaps are up and our main considerations before doing this are birds and VFR traffic.

So if you absolutely need to fly faster descending below FL100 all you need to do is request “high speed” and most of the times it will be granted. Then delete the restriction 250/100 and replace it with 250/065 or something like that. Of course I wouldn’t do that in airports with a surgical sequence.

Like I said before, choosing a faster speed for descents that result in higher energy that the airplane accounted for (more tailwind or descent delayed) is only effective in the early stages of descent. The portion of flight at higher speed needs to have a higher impact than the deceleration segments that will result from flying faster. Only when a faster speed won’t solve the energy state we’d use speedbrakes or ask for extra miles.

On the last portions of descents, if the energy state is too high, the best solution is to slow down. The highest altitude loss per nautical mile on the 737 is achieved at 180kts with F10 and speedbrake extended. Using the landing gear is not pretty but it’s always an option… and so is a go around.

Here is the explanation from a week ago

By clearing the "working area’ ( ie FlightSimulator_8wekyb3d8bbwe\LocalState\Packages and remove pmdg-aircraft-737 folder). Then the initial startup default allows me to fly the 737, but not from C&D. So will have to live with it until PMDG resolve the problem.

I have been using the PMDG 737 throughout the SU10 beta period and have no problems starting C&D. Whatever is causing the problem on your system, I doubt it is something that PMDG can resolve.

This plane is an absolute beauty to fly. PMDG well done for creating such an excellent addon.

And no other airplane has this awesome outside view! 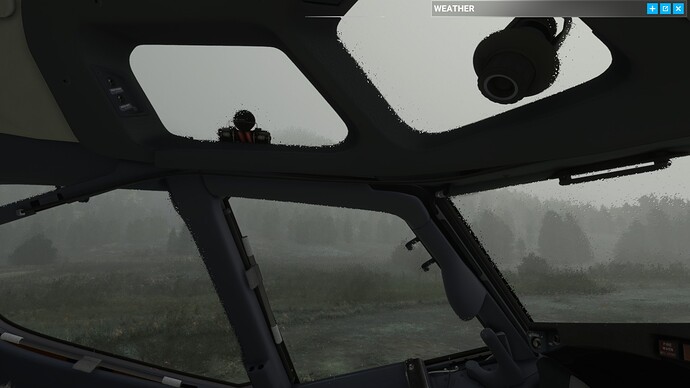 Barberpole is stick shaker. What triggers low speed warnings due to reduced maneuver load margin is the top of the amber bar. You can test it. Fly slow and start a turn or use speedbrakes and see how the amber bar creeps up.

Anyone else had flickering displays/indicators since SU10? I’ve tested all 737s and found this, all displays and indicator lights are flickering. Assuming it’s some sort of corruption post-SU10 but just curious if it’s affected anyone else.

Are you using DLSS?
I have switched for now to DLSS (I like the quieter GPU fans!), but some of the smaller text in the displays (like the 100’s of Ft in the altitude display) just shimmers a shade of grey when changing value. It could be something like that. Not seen annything else going on with 737 and SU10, it’s been fine.

No this is major flickering and it only affects the 737’s, nothing else. Yes I’m using DLSS at the mo.

Will reinstall, see if that does the trick.

Must be a post SU10 conflict. Maybe a mod. Because it was fine pre update.

Now begins the laborious process of community folder trial and error. Which takes an age because of how long the sim takes to load.