I’ve seen some similar map requests but not exactly the same.

Asobo should prioritize any 3rd party airport to draw the icon at the highest zoom level on the world map, so you can easily see it.

It seems the airport icons are drawn based off runway length or airport size (?). I’ve got a bunch of 3rd party scenery for smaller airports that don’t show up until you zoom right down on top of them - and it can be pretty difficult to find them on the map.

Example - 3rd party payware airport that doesn’t show up until you’re zoomed in to 1 NM: 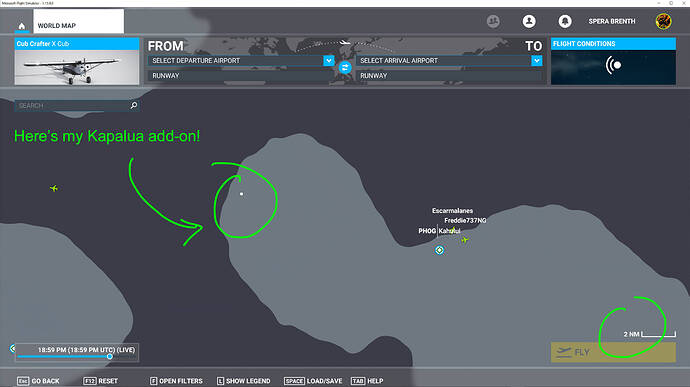 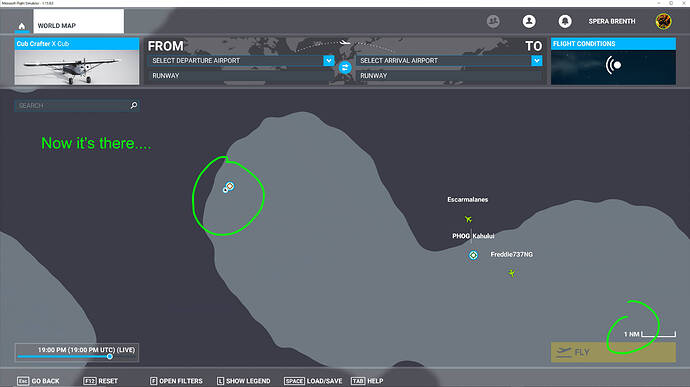 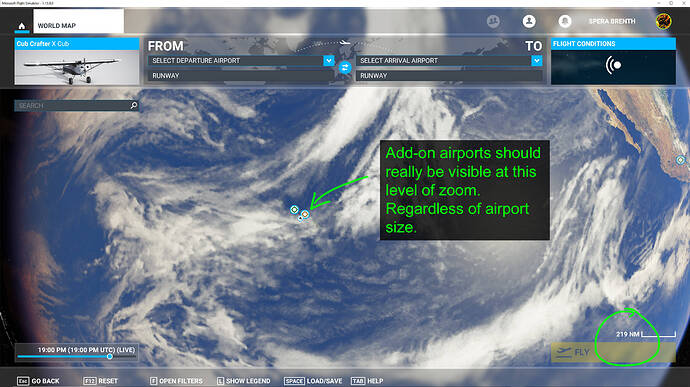 All things considered - it’s not super high priority, but it would seem like a trivial fix and it would improve usability for any players with add-on airports.

Hi there,
I’m not an SDK expert, but isn’t there an option to add a star to your airport when you create it?

yeah, I did for the airports I’m working on, and they show up from orbit…

this was mainly directed at payware or freeware in general
ie airports that I either bought or was interested in enough to download. ( and have no other control over )

Kapalua was payware that I bought - not a personal project, btw

Haha, gotcha. For some reason, I thought that was your airport!

Could you do me a favor and edit your top post and put the #flight-planning tag on it? I’ve gone through most of Wishlist and added that tag to anything having to do with the World Map so that people can find topics more easily.

It’s a good scenery, too! Shout out to Northern Sky Studios - doing some top-notch work on smaller airports in AK and HI.

I just noticed after SU5, that all 3rd party addon airports do actually appear from orbit on the world map, now

So, whoever listened… thanks! It’s not a huge thing, but it makes a big difference!

…actually I take that back - most addon airports are showing up from orbit, but not all… the example above still isn’t showing up until you zoom into 1nm on the map