nVidia driver was the latest 461.09 then I added the 461.33 HOTFIX. I also added the SteamVR BETA Update. Interesting thought here is that even tho I just switched back to the 457.30 nVidia driver, the sim still crashes now and the frame rate are well below 1FPS! Maybe it is the SteamVR Hotfix that hosed everything.

Maybe it is the SteamVR Hotfix that hosed everything.

SteamVR 1.16.2 was running fine for me yesterday.

However I’ve noticed something similar a few days ago when trying out 461.09:

Of course, when changing settings, you leave the setting value in the NVidia profile and it is just the driver using it or not. But in this case, it shows the feature is already implemented in 457.30 even though it is not exposed to the UI. In the end, this little quirk forced me to reinstall 461.09 just to be able to disable the limiter and then reinstall 457.30.

Having said this it makes me wondering what other settings or value could have been left over using a newer driver, which could still be in use with an older driver and affecting the experience in the end.

I never considered using DDU because it is a 3rd party app I don’t trust blindly on a production system, and I’m guessing if the problem only lies in a value left over, just deleting the game profile should reset these left over items for the game itself. However these profiles must be saved in a file or registry somewhere and deleting this only should be sufficient with no need for DDU whatsoever.

Anyone having any thought on this?

Do you perform a clean install when you change drivers? I think I recall one of your posts saying that you do not. I would recommend that, especially when reverting to an older driver.

Thanks for this link. Just a question - are we sure it’s the right updated hot fix/driver? I don’t see MSFS actually listed on there like the other games are. It says SteamVR, but no word on the actual game.

Maybe they will release another MSFS updated driver soon…?

are we sure it’s the right updated hot fix/driver? I don’t see MSFS actually listed on there like the other games are. It says SteamVR, but no word on the actual game.

This is not what this hotfix is about:

Do you perform a clean install when you change drivers?

No I never do because NVidia is documenting you can install any driver version over any other (they fixed this installer problem about 2 or 3 years ago IIRC). Isn’t a clean install wiping out all your custom profiles like I’m suggesting doing manually above, or is there anything else with it?

The thing is that they’re introducing a new feature (background fps limiter) in a driver version officially, but this feature was already working and implemented in code in a previous version. It could have been there left over from a “work in progress” piece of code, or it was already there but only added the UI for it (and the official announcement) in a later driver after more internal tests. All this is indicating to me there are probably much more code running but not adjustable in the UI and this might be one of the many reasons there is some variability sometimes on the same system from day to day, or among different user’s similar systems.

No I never do because NVidia is documenting you can install any driver version over any other (they fixed this installer problem about 2 or 3 years ago IIRC). Isn’t a clean install wiping out all your custom profiles like I’m suggesting doing manually above, or is there anything else with it?

It wipes out the custom profiles & shared settings. Call me cynical, but when NVidia says they fixed the problem with the installer, I take that with a grain of salt. As a software developer myself I’ve seen too many statements like that which were later proved to be wrong to simply trust that, and what you are saying you encountered seems to prove that they didn’t fix the installer in all possible scenarios. I just take screenshots of all my custom profiles and recreate them by hand after a clean driver install.

I was running on the Linux SteamVR with Nvidia driver version 457.30.
Have just installed the newest 461.33 hotfix driver AND Latest SteamVR beta 1.16.2

I have the following settings for SteamVR
SteamVR 130% Resolution per eye giving me 2296 x 2552, Motion Smoothing OFF, 90Hz
Have SteamVR MS2020 per application setting set to lock FPS at 30fps

Im getting smooth flights now in everything in all locations where as before I had turned down my settings to medium and was running 100% in steamVR resolution per eye and 80% in game resolution.

Really happy with this driver and new Steam beta. Keep in mind it fixes SteamVR so not sure about WMR Reverb experiences (Sorry guys)

Do you get any stutters at low altitude underneath and to the sides or is it totally smooth like higher altitudes?

Nope smooth in all situations. When I say smooth I mean smooth compared to previous drivers running on lower settings. There is still the odd stutter but nothing like before. 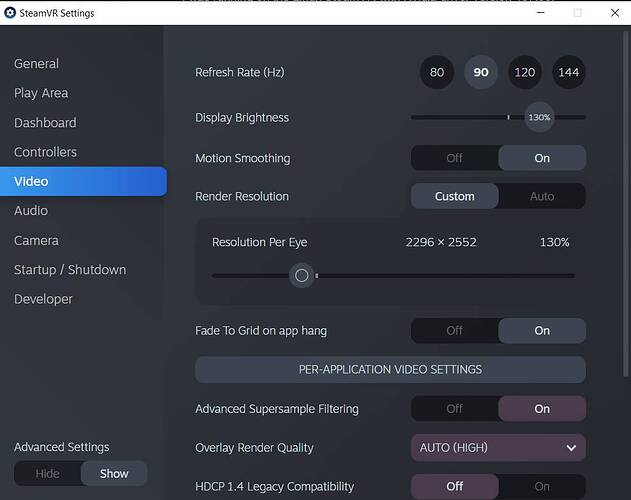 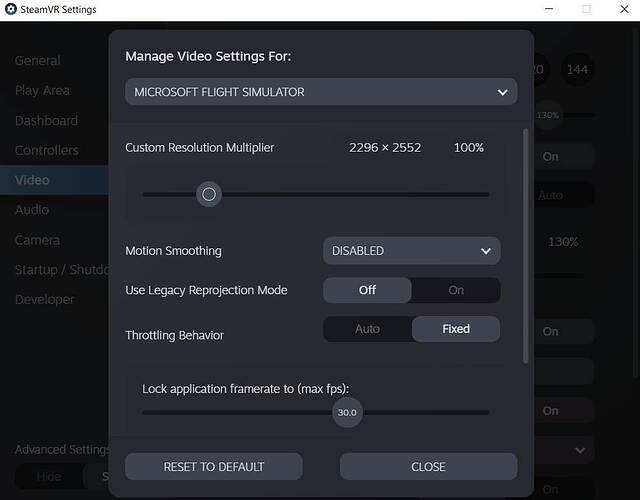 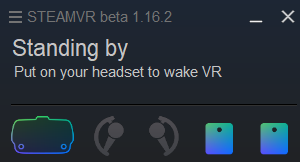 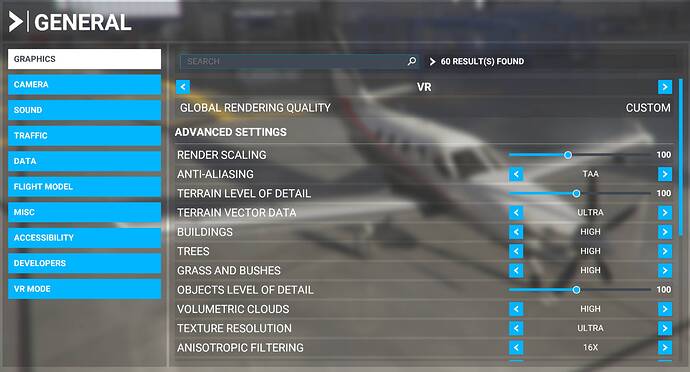 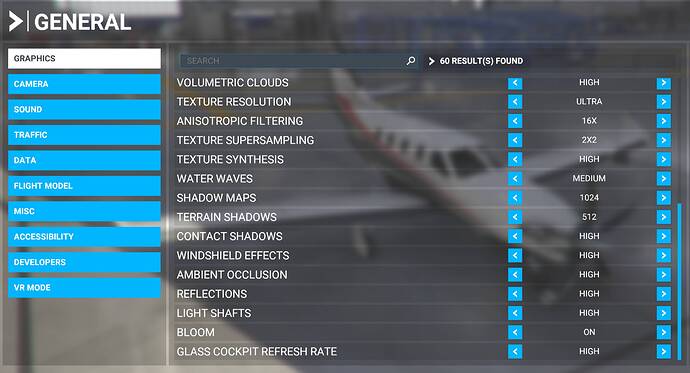 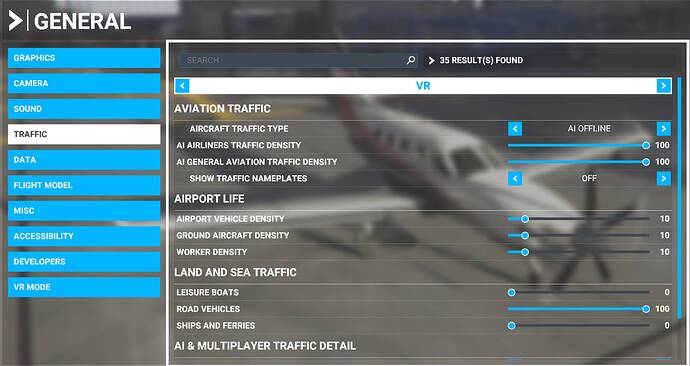 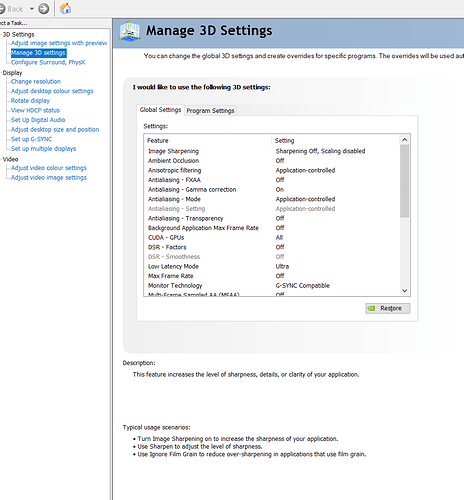 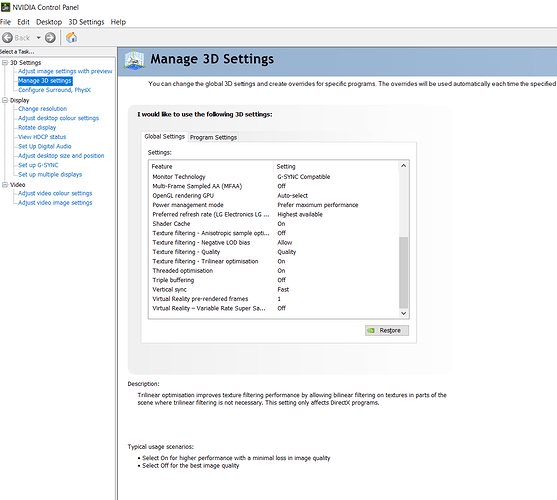 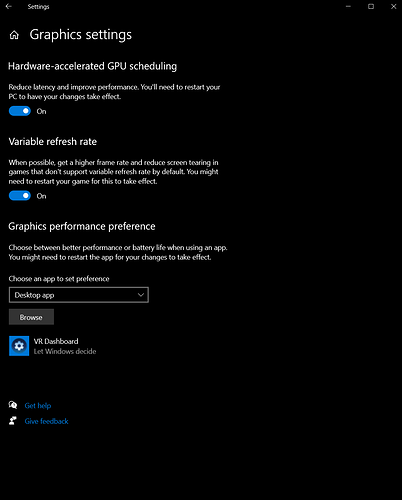 Just finished a quick test flight with the new driver around Los Angeles ending at LAX in a C172, and it was silky smooth for me! I’m also using the SteamVR 1.16.2 beta. I also think the graphics looked a little more crisp, although not sure if that was placebo effect.

I am using a Valve Index on an i7 9700K, RTX 2080 Super. I have my framerate locked to 30 in SteamVR, and although I did not measure framerate I don’t think it dipped too far below that more than a few times.

I want to do some more testing tonight and play around with different settings, but all in all this seems like a winner to me.

@MI6Topboy: I see that you have HAGS enabled. Have you tried without and seen any difference? My experience as well as many others here has been that enabling it makes things worse. I’m wondering if this is no longer the case with the new driver?

I haven’t tried the hotfix drivers, but I have a slightly less powerful PC (9600K stock, 3080, 32 gigs 2800) but have been running similar settings, and locked at 30. It will dip a bit below while around urban areas but mostly while closer to the ground. Things are generally smooth otherwise so I can live with some hitches near the ground as it hasn’t affected gameplay significantly. I’ll mess with the hotfix this weekend, or maybe just wait for the full patch, as I like to run fpsVR, and apparently the hotfix doesn’t work as well with any GPU monitoring software running. I haven’t really had issues in other VR titles I’ve tried with my new GPU though (iRacing, Automobilista 2, HL Alyx, ATS…) so I guess the stuttering bug may not affect everyone?

Yes I too had it disabled. I just enabled it for a test and am going to disable it again now to test again

My understanding is that this fix was to address compositor hitches in SteamVR’s runtime that some people were seeing. This means two things:

So if you are using a SteamVR native headset and have been seeing occasional pink bars in the mini perf graph with older drivers, then my expectation is that this newest driver will have eliminated those.

After reading most of this, and understanding maybe half of what I read (if I’m lucky), I’ve decided to do…

I’m going to stay on the driver that @CptLucky8 recommended until such time as he either changes his recommendation, or Nvidia comes out with something that specifically says it helps MSFS.

Although I am going to experiment with disabling hyperthreading in Nvidia Control Panel to see if I can see any noticeable change. It seems counterintuitive based on what it’s called (I mean, why in the world would you want to turn that off??), but I too have seen a number of people say that it helps.

If it does nothing, or even makes things worse, I can always just change it back.

I still have better performance using WMR OXR and 457.30 on my system with the G2.

Oh well, I’m pretty happy with what I have now, I’m pretty much stutter free in all weather ( live weather ) at 65SS and 100TAA, so I’m going to stop chasing windmills for a while and actually do some flyin’.

Virtual Reality Pre – Rendered Frames at 3 instead of 1

This might be a good idea maybe for any 30XX (vs 20XX), or with the more recent drivers, or because you have plenty of VRam in a 3090?

In all my tests I’ve found out the only setting eliminating some forms of stuttering was 1. All others (app defined or any other number) were really causing problems. But again this might be due to the 2070S not capable to delivering enough and for which this kind of setting is really having a greater overall impact when all other parts of the video card are highly saturated already. This is just speculation but worth revisiting indeed.

And is it still good with “App Controlled”? This would be easier this way!

Yes it is. But that combined with the gauges on high “recovers” from the stutters a lot quicker.