Dear all, a quick question regarding LNM. I am new to it and trying to look for some information available in the internet. Is there a way to save all the flights i have done and visualize them in the map? i usually keep track of my flights by using Simtoolkit Pro but on some small bush airports i fly they only are visible in LNM.

Thanks in advance for your information.

LNM only provides real time aircraft trail blips on the map. It also has a log book but what you want is not a feature afaik! Have you tried Volanta by ORBX. It’s free and has this ability to show your flight profile in 3dD

LNM logbook show you the flight on the map including flightplan. If this is what you need.
If you want all flight data the answer is no.

Yes there is. Every flight is logged in the logbook together with information such as the flight plan, if it was loaded in LNM and together with the actual track flown. The track flown can be exported from LNM as a geo-track and as that can be visualized e.g. in Google Earth or other mapping software (use right mouseclick on the logbook entry → Files ->Save attached GPXTrail as). By adding geo-tagged photos, you can do a nice documentation of flight. I do this for my world tour. 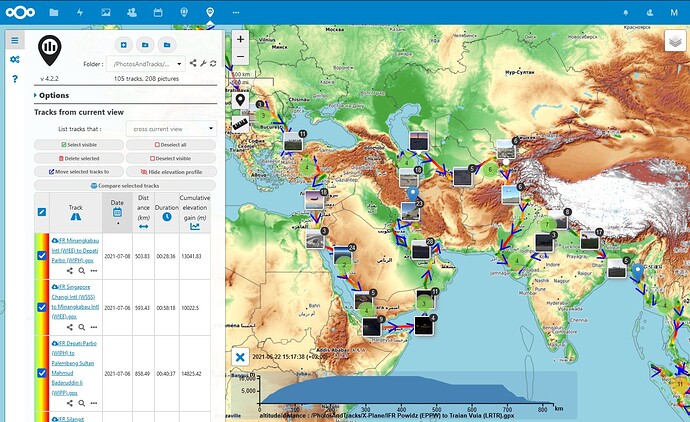 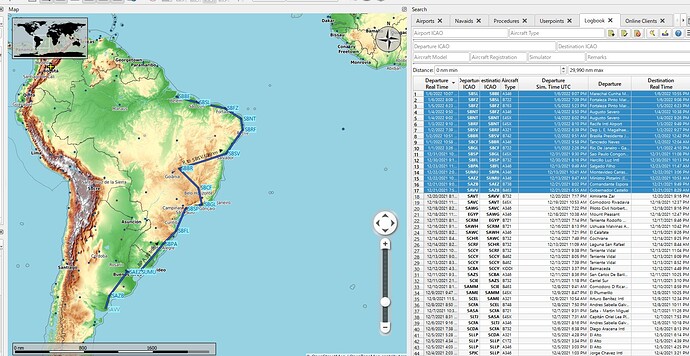 Thanks, that was what i was looking for! looks amazing. I am a bit stuck in the instructions… i just saved my GPX file in my desktop, what software do you use to open it as a satellite map?

the Geo Tagged photos are just screenshots you do while flying and then you linked them into each trip i guess?

Once you have a GPX file on your desptop, just google how to show it in whatever mapping solutions you want to use, there are many. One way is import to Google Earth, which might require a conversion to a .KML file format (as others might also). There are online converters. As you see the LNM tracks include the elevation profile of the flights, which is from time to time interesting.

I personally just store the GPX tracks in my nextcloud and then can directly use the nextcloud app GPXPod (which the screenshot is from), to show them in conjunction with the “photos”, which I also just throw into the same directory in the cloud, which then GPXPod also picks up.

The “photos” are (psssst!) X-Plane screenshots and I make them with the support of xShot, a tiny tool, which automatically geotags them with the position as Lat/Lon in the images EXIF data. See an example of a screenshot with the embedded EXIF geotag below. 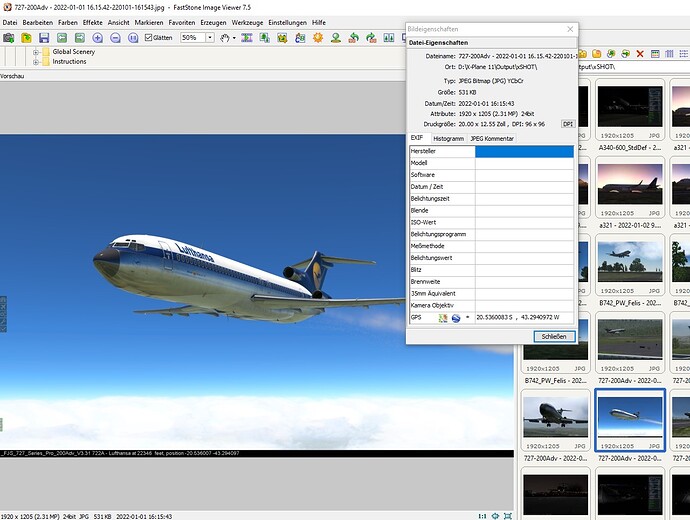 For manually geotagging images, you can use tools like GeoSetter - of course for that, you need to get the coordinates for your screenshot from somewhere.

Here is a screenshot of GeoSetter for geotagging images 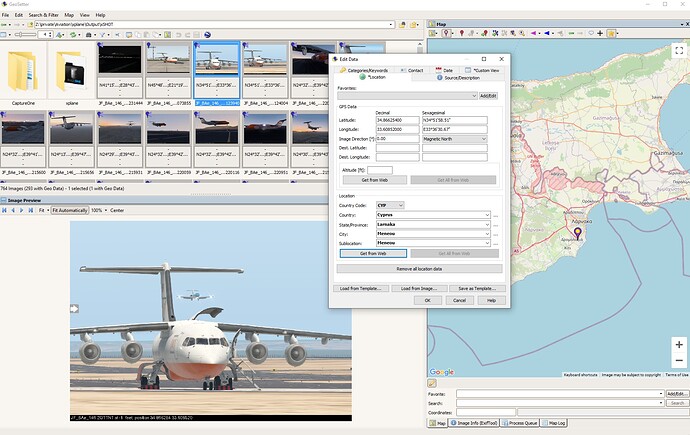 Amazing! thanks for your help and explanations! now i know what to do in the next days