RANT: Why is the Carenado Seneca rated so highly on the store?

I personally think my system is leaner and I have it better optimised but that is a different argument, I do not overclock anything neither does he. However I can Sim with MSFS @4K Ultra settings and everything MAXED OUT and I really mean everything maxed I lock to 30FPS. My friend cant do that, it is just not smooth at all. If he sets his setting to high and sims @2k it fine??? Go figure right.

On the flip side his VR is smoother than mine! not by much, but it is smoother. Its just the difference’s I guess

I’ve purchased two of the planes and regretted both purchases

Strange, i didn’t pay more than 30 bucks per piece for each of the carenados … how do you get close to a hundred dollars with 2 models ???

Strange, i didn’t pay more than 30 bucks per piece for each of the carenados … how do you get close to a hundred dollars with 2 models ???

There are some countries than US you pay with Dollars. I suppose, he is from australia…

All right, I didn’t think of that

Just look at it:

AVAILABLE ONLY AT MICROSOFT FLIGHT SIMULATOR (IN GAME MARKET)   Latest version 1.3 This “little big twin”, with its maximum approved altitude of 25,000 feet, with counter-rotating propellers and turbocharged engines, can transport a pilot and 5...

This plane is on my to-buy-list, but what I see here is a clear five out of five stars. Many people really seem to enjoy it and give it a high rating. Beautyfully rendered photorealistic cockpit, and twin-engine CPL plane. Perfection.

I bought it a few days ago and it seems solid. Looks fantastic, sounds great. My chief complaint is that its turbocharged engine logic is all messed up, but that is a simulator bug and not from Carenado specifically. It’s also fixed by a mod. Mixture Behavior Mod for Turbo Arrow, Seneca V, and Turbo Bonanza

If you own the Seneca I recommend giving this mod a shot, especially if you are disappointed with its climb performance. 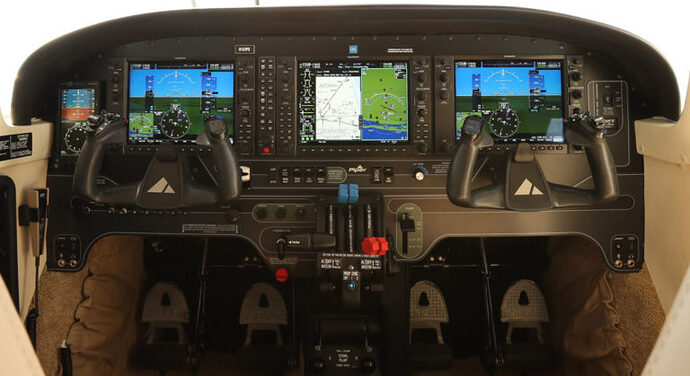 ALL NEW is better, and the oldies are only collectibles.

Because they basically ported their model to MSFS. You can tell because the gauges aren’t very clear when zoomed in. It is what it is and I’m still happy with my Carenado purchases (I understand what I’m buying at 20 bucks)

Why do you assume Carenado is a ‘he’?

Eh, I disagree. Most of the GA in MSFS have the Garmin Glass panels already. It’s nice to switch to steam gauges for a change.

Well, the ultimate solution would be two separate variants. But there are so many G1000 or otherwise glass cockpits in the game already. It’s nice to see some variation imo.

I tallk about REALITY. Before buy a Payware plane I check the builder web…
If the panel it’s not like the ORIGINAL TODAY… it’s a oldie and I dont’ buy…
For steman (analog) panles we have de PMDG DC-6, maybe the next DC-3, the Grummand Goose, the Concorde and many others…
But a Piper or Cessna needs to have the NEW Avionics to be a REAL PAYWARE…
My personal opinion

Well, your loss I guess.

I buy oldies only, almost.

I have bought the Seneca and been pleased with it. Good for serious instrument flying (with Navigraph). The view outside is not great but with a classic “six pack” and GNS530 it will keep you on your toes and focussed on the panel. Not been above FL100 yet or tried single engine but stalling with/without flap and gear is a must. The Seminole is in a similar price range, does not have weather radar and probably not the same performance. Senecas in my patch are/were used for twin ratings and IR training so quite a realistic tool to practice on IMHO!

Well you are entitled to your opinion, but I disagree and like the oldies… when I was taking flying lessons a few years ago, I opted for the “oldies” over the glass, again just my preference.

I learned to fly on dials, the planes I rent have dials, and the eventual plane I’m going to buy will most likely have dials, so, oldies it is for me.

I almost bought a Cirrus once, back when they were less than $200K, nowadays, yeah, even the Cirrus is out of range for me. I’m looking to spend somewhere between $40K and $90K these days. Man, the price of used planes has skyrocketed, or, I’d already own one.

Oldies are the way to go. Flying them requires thought, planning, and most of all attention. It can be a handful, but I agree, steam gauges are much more fun when flying small planes.

And why not both worlds

For example … MILVIZ recently launch his Pilatus Porter PC-6 with both options
Analog panel and glass panel… why Carenado don’t do the same?
It’s only my personal sugestion

Is that mod for XBOX?