nice but not affordable by any means, that’s jewelry for few selected ones

Not so … They are available, and for very little, used Ebay

they are getting Sought after, so there is already a lot of price Gouging

Note: there is both a FF & Non FF version of the MS Sidewinder.
Obviously the FF are more costly, but NOTHING compared with the cost of a gaming PC !!

I think they were referring specifically to the Brunner. If they have one on Ebay for $100 I may be interested.

I still use my decrepit ol Logitech G940…REALLY hope they get back in the game with new FF hardware (especially now that we know effects can be injected).

I was obviously reponding to hobanagerik about the Brunner hardware

Brunner and similar hardware are expensive because they sell in small numbers and are made with quality parts.
A Saitek/Logitech FF yoke would cost a lot less and please the vast majority of simmers but I’m dreaming

I’m using my FF2 joystick with XPForce in MSFS. It works, but it is no where near having Force feedback ENDORSED by MSFS. XPForce is a band aid…in my opinion. Having FF endorsed and having Russell Dirk’s FSForce software applied makes for a wonderful force feedback experience. I have never stopped using the Microsoft FF2 joystick since it was introduced. I have purchased several of them from Ebay because they are not manufactured anymore.
MICROSOFT…PLEASE manufacture a new FF joystick. It will sell unbelievably well. Guaranteed! As a matter of fact, ALL joysticks are selling well; it’s hard to buy one these days.
Force feedback provides a great experience on takeoff, on landing, and hopefully some day, will actually provide some feedback from turbulence.
It is time. Don’t delay on this product that will certainly change the way we fly MSFS.

You got a link or something pls? 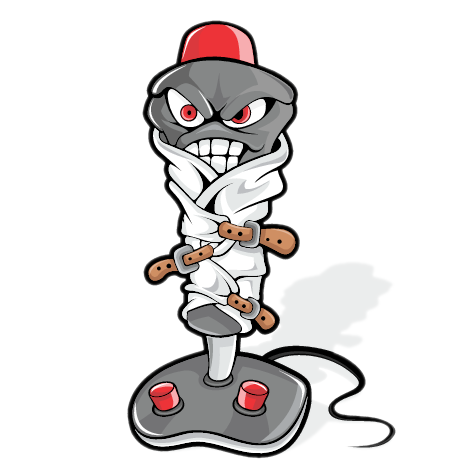 I dont understand why FF has not become a standard feature in joysticks or yokes, it has become for consoles and racing wheels. If there is something we can really benefit from in a sim it’s FF.

Thanks to the mods; voting is now enabled! \o/

In the software provider for youre force feedback device you have some sort of option control, in there should be a section which you can select, that says something like let other programs handle force feedback. If you select this, than flightsimulator should being able to handle the ffb
The fastness of the springs control set them also in the device software.

The reaction timers of the forces however is in some configfile of the simulator under i believe of the airplane you will want to use. I have seen it somewhere and but not sure exactly at this moment all for now is it has in milliseconds under a helder of forcefeedback. I will look into this later.
The file im talking about is in the folder of the airplane you want to edit. The name of the file is gameplay.cfg, 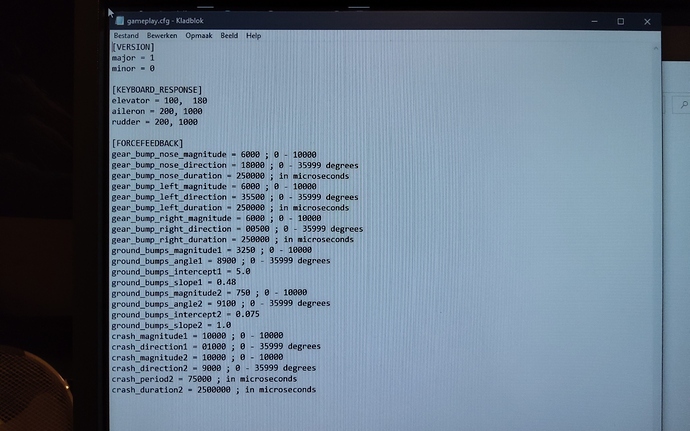 BE ADVICED make back up before you modify such files, they can rally mess up youre sim.
If you don’ t know what youre doing, than don’t edit these files.
Reading and asking doesn’t hurt it will gain you knowledge.

Yes, I have this yoke. It does work with MSFS 2020 but doesn’t have force feedback yet. The trim is built in to the yoke so that works. I know Brunner is working on MSFS 2020 integration. I love this yoke! Wish it had a few more buttons though. I’m a real world CFI and use the sims (XP and MSFS 2020) for basic training for my students, mostly for procedures. Saves a lot of $$ for them. If you are going to buy a Yoko (which is a great yoke as well) consider, for some additional cash, this yoke with the feedback.

I already have the Yoko+, TQ6+, and MFG Crosswinds.

The 140m of travel on pitch interested me, so if I was to get the a Brunner, it would be their other model, which has I think 160mm of travel, but I think that’s something like another $1000 on top of the the CLS-E NG.

The review that swung it for me was this: 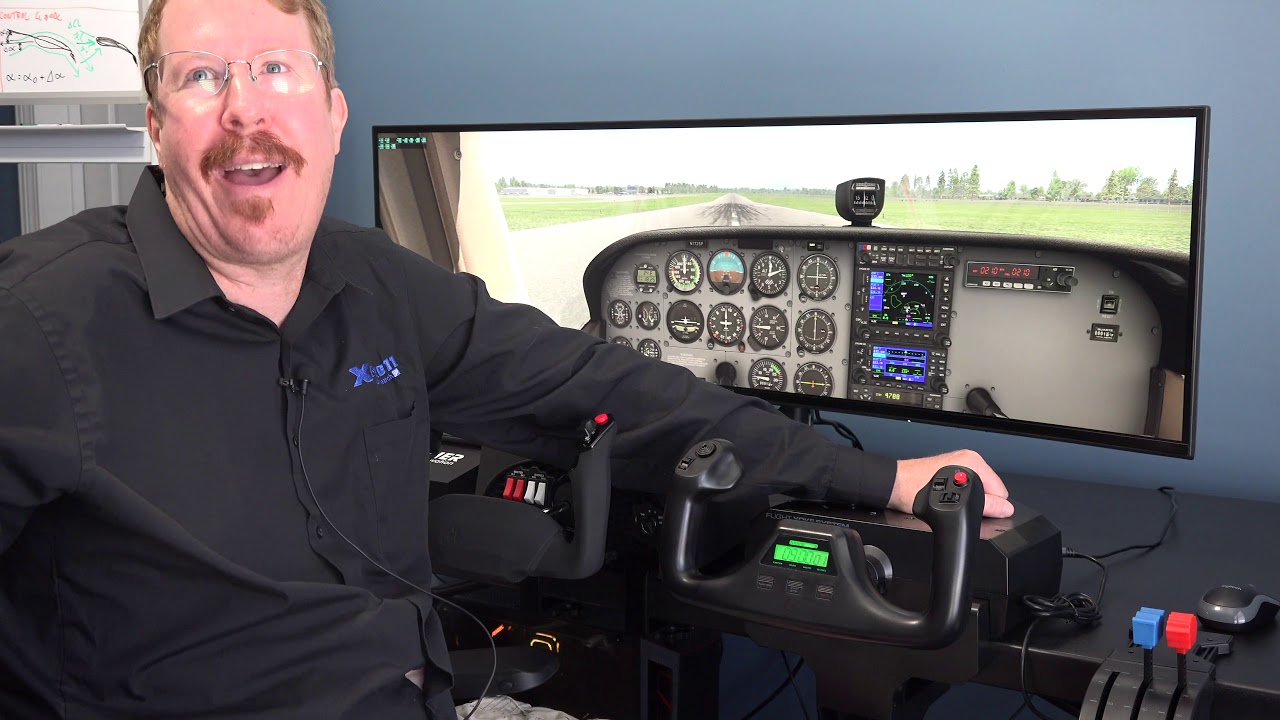 It looked like there were issues regarded what variables you could tie the vibrations to.

Pretty interesting threads there refuting and debating it, with additional info:

“Not to sour the milk, but the patents are the least of the issues that’s holding back FFB joysticks. There are multiple other major issues that prevent FFB devices from becoming a reality.”

Both FSX, and now MSFS support at least the Microsoft Sidewinder FF Joystick, with 3rd party addon support.
Currently there are at least 2 3rd party developers with solutions, one is currently available XPforce, and the other is being worked on (SDK issues ?) FsForce

I am currently using the Sidewinder FF with XpForce, and it is working well.

I understand those posts were referring to the development of new hardware solutions, as per the original post, while you are mentioning software addons to existing legacy hardware, hardware that would benefit from a design refresh or even simply a new batch being produced by Microsoft.

(I own a second-hand SFF2 and XPForce for MSFS. If not perfect yet, a very convincing combination)

I use XPForce with my old FFB2, works well enough but would be better if the game fed back more than XBOX style rumble data.

The rumour (unverified) going around at the time MS killed off the FFB2 was they were in dispute with the copyright holders for FFB tech and were not happy with the royalties and decided to can the product instead.

Take that with a grain of salt though, car racing peripheral people seem to do OK with FFB devices despite royalties. I have never seen anything that confirms or denies either way whether royalties were actually a factor in MS killing off what seemed to be an otherwise very successful product line.

Still got two of these and hope that they will still be going for another ten years. See little reason why not and with XP force, they are still quite viable.