The Bing Satellite imagery for maps is awesome, and so much more intuitive than the basic IFR map. Now that we know where our parking spots are going to be, we don’t need the runway overlays now. They’re just a distraction. Remove them now, and just use the runway dots! 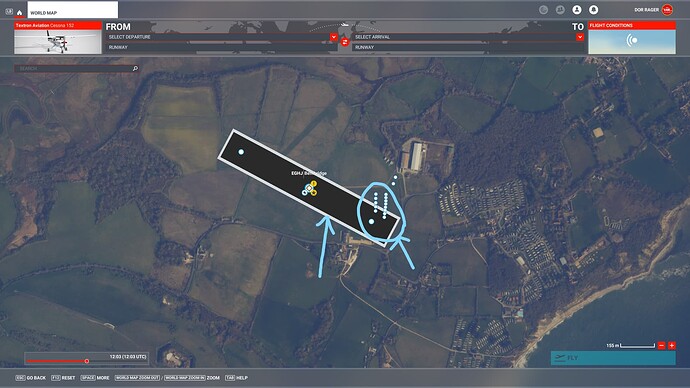 Can we not have smaller runway overlays on world map, as in my example of an airport I’m working on the runway overlay overlaps the parking spots.
This isn’t a 1 off thing either, looking at many other airports on world map they have the same issue to.

I know this is unlikely to be a priority to change but it would be nice. No idea how hard a thing it is to change.