Found the update in Marketplace by following your recommendation.

Thank you ! It not a problem for me now.

Bravo! My problem was caused by needing to update a Pitts S-1C, not a T-6. I also discovered that the P51D ManO’War indicates properly that it is “owned” however the plane does not appear in the Content Manager and I do not see a way to download only that plane. No big deal for me but that could be a problem for others.

After SU9, and updating Reno Expansion, when I try to open Reno, it sends me back to content manager which say ALL uploads are complete. Revolving door bug that has NEVER been fixed or apparently even logged! Now after the 12th time uninstalling and re-installing, I am faced with this again.

No screenshot would be relevant. The explanation is clear

Trying to open reno races. Simple as that
PC specs and/or peripheral set up if relevant:

With an invite to a private lobby, Reno Races loads up and runs just fine. 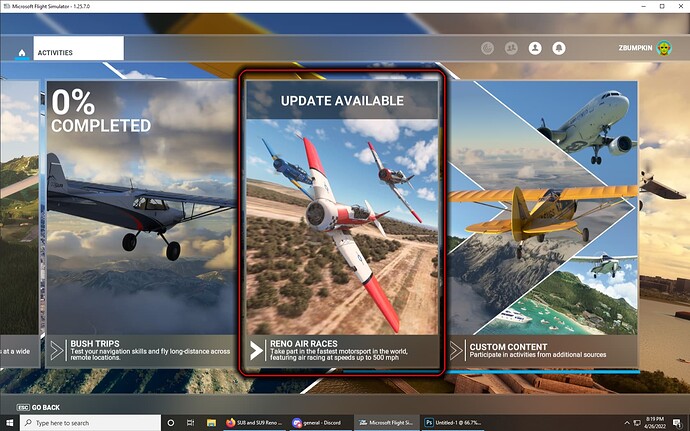 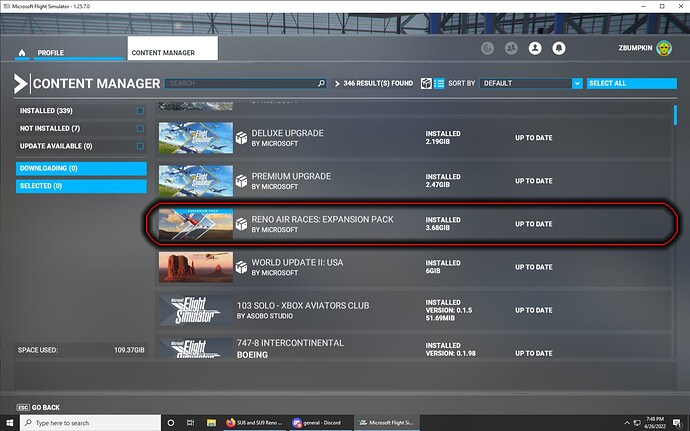 As with WU10, I now have the same problem with Reno Airraces.

UPDATE: 5 Reno planes I had bought separately were missing in content manager. I went to marketplace and looked for them. I selected them, got link to content manager AND there it was with the “update available” notice. 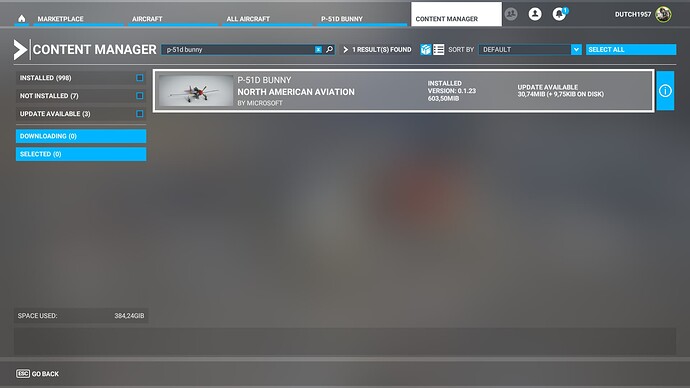 (I also noticed, that many “placeholders”’ lost their pictures…)

WU10 did not fix Reno for me either…

But I found out what was wrong, There was an update for the P51 Voodoo had an update just for that aircraft. IT was not listed or announced. I found it by trying to update the Reno Pack from my content manager. But it was just luck that I “stumbled on it”

So I suggest if you are having trouble with Reno, maybe any activity, you need to check every aircraft for that particular package.