Reno air races; is there ever a time when races are full?

Decided to do a race today. First time since it was first released. Took forever to actually find a race. Then it was two of us. I was clearly coming in last, so I just quit, because it was frankly boring. Is there ever a day of the week where there are full races?

I checked a few times. When it was new most I had ever was 5 or perhaps 6 in the race one time (including me). Played a few nights, got bored then life got in the way so didn’t play at all for ages (main sim stuff or Reno).

Came back for a try a few days ago and empty. Pretty much feel like I wasted my money on this. I was stupid enough to buy the Full Monty pack too

If only they would allow modders to use the lobby system to make their own custom races anywhere in the world (and not just left turns) it would breathe life into it but man it’s not what I was expecting and I’d rather just fly than sit for 10 mins in emptyland lobby whilst it searches for a non-existant game. What a flop

I was thinking there would be more to it. Like Red Bull Air Race. Actual stunt flying with requirements for how you pass gates, and variation in courses. As well as more straightforward race mode but it’s as shallow as a bit of cling film. Shame as there could have been something good if they could open it up to custom content / leagues etc.

I was pretty surprised when they announced they were coming out with this. Definitely a fun idea.

Sadly, the multiplayer component of expansion content tends to fizzle out in 2-4 weeks even with bigger Microsoft titles like Forza Horizon.

After that, you need to find a club or a league.

It is a shame but it makes sense. Only a small fraction of MSFS players get Reno, and the content itself is quite limited so people get their hours in and stop playing it rather quickly. I mean, several months in, how many people should you expect to still be flying those same ovals?

Like Red Bull Air Race. Actual stunt flying with requirements for how you pass gates, and variation in courses.

I mean sounds likes both Red Bull and Microsoft would get their money’s worth if they even put out a like a $5 addon made in conjunction with red bull and proceeds go to charity or something?

A complete waste of resources, and shows lack of understanding of the community. Nobody asked for this given things the sim needs at the moment. Feel sorry for the people who bought it.

Yup. It’s safe to say it was a complete flop.

The servers would be empty if it were free to play. Much less behind a pay wall.

Well i guess i am biased cause i live in Reno. But i enjoy it, and of course it would be more fun if there where more people in the multi races

I genuinely hope it changes for your sake. It just came to early, regular multiplayer has issues that need to be addressed first…

I have no interest in competitive multiplayer. Certainly not in a fairly unstable online experience in MSFS anyways. It (can at times) be great to see online users flying around in free-roam but I would’ve much preferred FSX style single-player missions & included some air races in that.

Reno was a nice idea but making it a standalone DLC & putting that much effort into so many different aircraft variations wasn’t the smartest idea. You don’t even get the upgraded Reno available in free-roam if you buy the DLC.

“You don’t even get the upgraded Reno available in free-roam if you buy the DLC.” I dont understand what you mean by that statement

You only see the upgraded Reno airport in the closed multiplayer race events. If you are just flying online/offline free-roam from the normal world map, you still have the default/bad Reno airport. I’m just saying, for the money & purchase of the DLC, it’s disappointing you don’t get the upgraded airport anywhere else but the closed race matches.

Actually you are wrong. Stead and the surrounding area have been upgraded. Stead has the hangers all filled in as well as the grandstands are on the field which normally they would be dis-assembled after the races. It even shows the national guard facility north of the airfield. I own a business between Reno and Stead airfield and new buildings that have been built in the last three years are now there. The Reno Radio Control Club airfield facilities east of Stead is shown in good detail. These things were not on the original Stead Airfield and surrounding area. Stead has been my goto airfield every since game launch and i fly from there every time im on the sim. Also i might add there is a free download for the stead facility that has air race configured airfield and ramp where one could practice.

To be honest, this reno is actually dead, now even cannot find any matches. And this is only after few months release. Unfortunately, there are no AI or bots for single player to play with. And that makes the whole expansion a waste of money. As for the expansion itself, it got very little content as well.

We should be REFUNDED!!!

If you want to find matches, you should try here: FS2020 Reno Racing International Hop into the Chat at the Bar whenever you see any of us in there. There is very high level racing occurring on this channel. Friendly guys willing to share information and help make this a fun experience.

Reno doesn’t look interesting to me at all. Red Bull air race though would be fantastic fun, with proper courses that you can time trial. I wouldn’t care for competing against others, I’d just want to improve my own times, much like in racing sims.

Yes I agree. I was silly enough to buy the whole deal (40 planes!) as I was quite new to the sim and in a honeymoon period I guess

But I’ve done like 6 races in total so each race cost me in the region of £8! Probably costs less to do the real thing … maybe not with fuel prices these days!!

I was expecting it to be actual courses though. Not just a simple left-turn ring. I hope they, or some clever modders, manage to make more of it one day! Don’t think it’s going to ever get any official changes though. What a waste…

IMHO, besides the cost and the odd timing of the release, a big killer of this was the cheaters. Once word got out that people were cheating and getting away with it, my guess is that interest dropped significantly.

There are people out there who will always look for ways to cheat, my nephew among them. When a new game comes out on multiplayer, he spends countless hours trying to cheat to get an advantage over someone else. Not my cup o’ tea, but for some reason, being #1 is apparently that important to him and to other poor souls.

But I do hope the air races succeed overall, if only because people will be happy and MSFS will gain more revenue to keep it above water.

With regard to Red Bull they abandoned the air races in 2019. Any MSFS co-operation would require negotiating with Willie Cruickshank from Air Race World Championship.

WCAR will launch the 2022 season with conventionally powered, legacy race-planes, while working with aerospace partners to embrace the latest advancements in aviation technology. The Series will rapidly evolve its race aircraft through the staged introduction of sustainable fuels, electric drivetrains and electric Vertical Take-off and Landing (eVTOL) race-craft from Season 3. 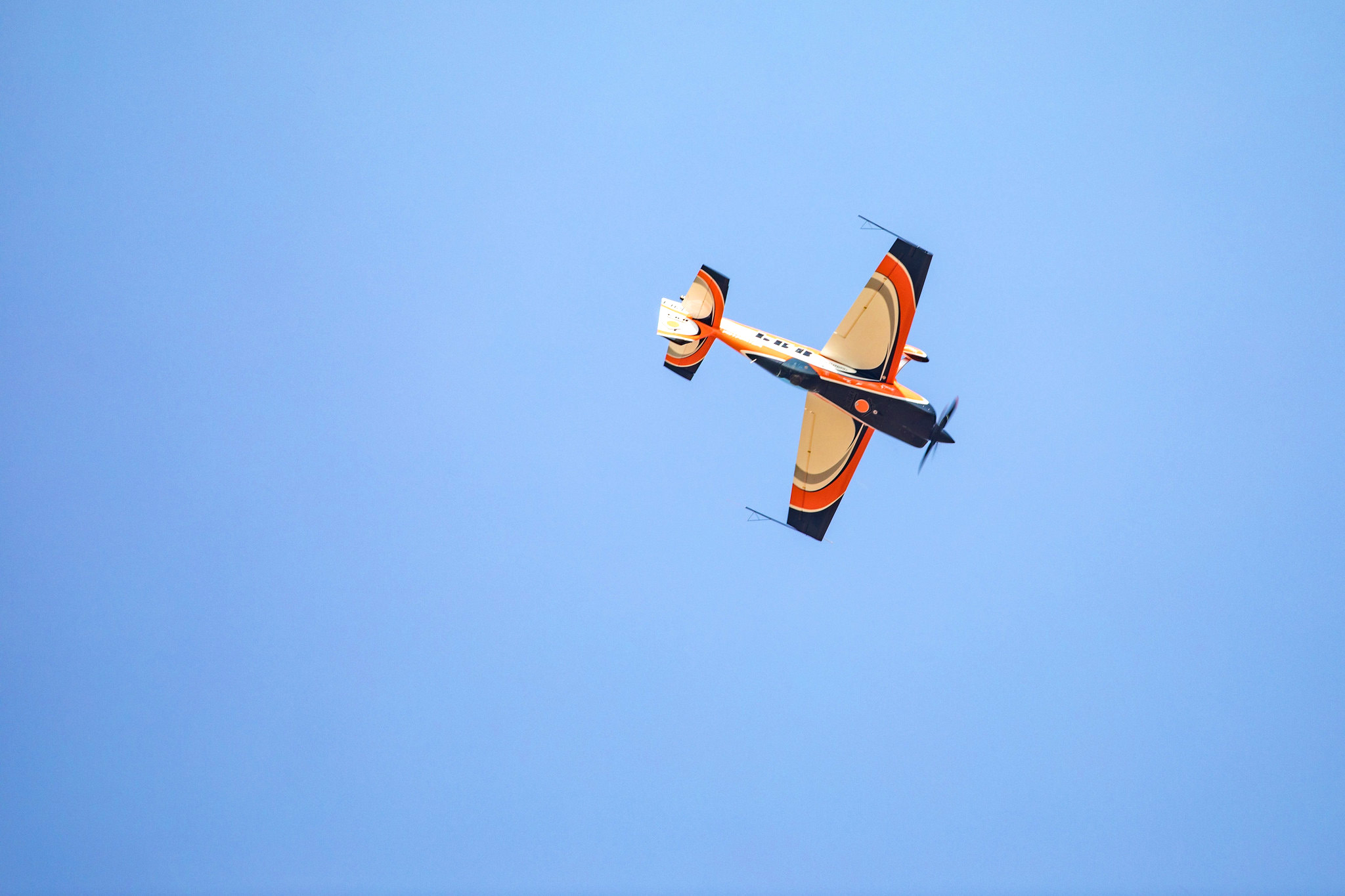 World Championship Air Race (WCAR) has agreed an exclusive partnership with FAI to stage an international series of air race festivals when the Series makes its debut in the first quarter of 2022. The 15-year agreement will see the World Air Sports...