Runway lights not visible from the side?

Is this a new thing? I can’t see runway lights when abeam the runway at any airport, only when looking down along the runway as on final. The taxiway lights are still big n’ blue (and of course, at add-on airports, there are a LOT of those, as of the last “fix”)

It can be quite challenging to see runway lights at night when at any angle other than straight on.

Are you saying they aren’t there at all?

It looks like this. As if they aren’t there at all.

I work in the tower at an airport where we have LED edge lights that, when viewed on-edge, are dimmer than when viewed straight down the pipe. But they are not completely invisible!

This affects every airport in the sim. 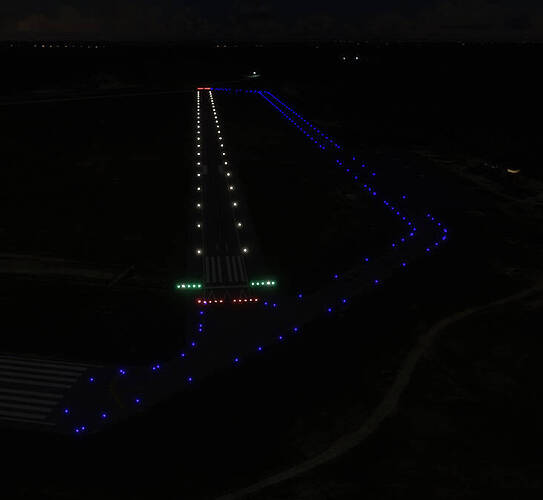 Not a new thing, it has been that way since launch. And while irl the runway edge lights are omnidirectional, you would have a hard time spotting them from aside, especially in well lit urban surroundings. But it’s one of those “bugs” I hope they don’t change without adressing the other issues:

As @PistonSeaplane explained, irl it can be challenging to identify a runway, be it at night or in daylight, especially when you are unfamiliar with the airport.

Long story short - yes, a bug - but better leave it at this as long as the other issues are not adressed. Otherwise airports would stick out at night even more unrealisticly.

All there of those drive me insane - particularly #2 and #3

Very unrealistic. They almost need world/scenery “realism” settings to make things more real world for those of us that would like that.

The Blue taxiway light seem “reasonable” to me … at night, with eyes accomodating the low light, taxiway lights do appear to be very bright in RW.

The Runway lights are a different matter. As stated in earlier posts, they should be visible from the side, (not as bight as straight on) but still clearly visible. 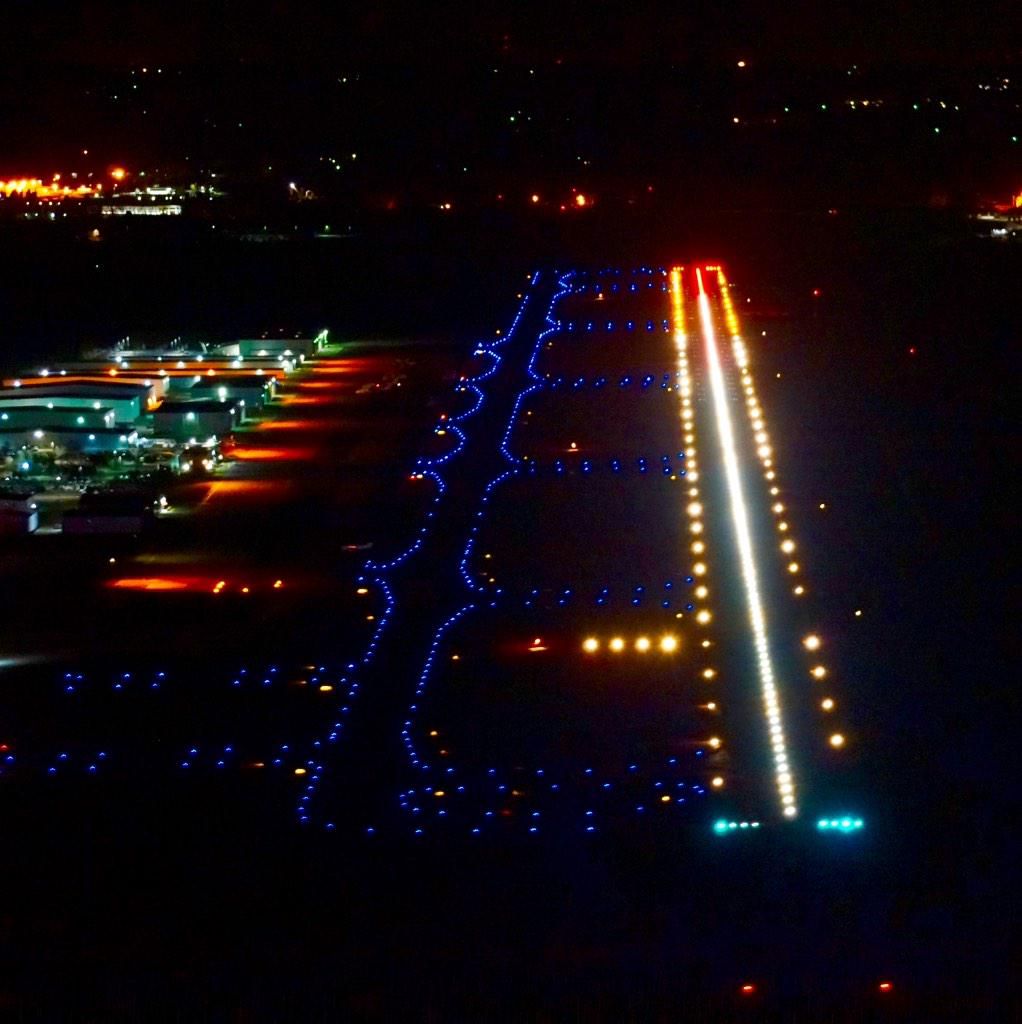 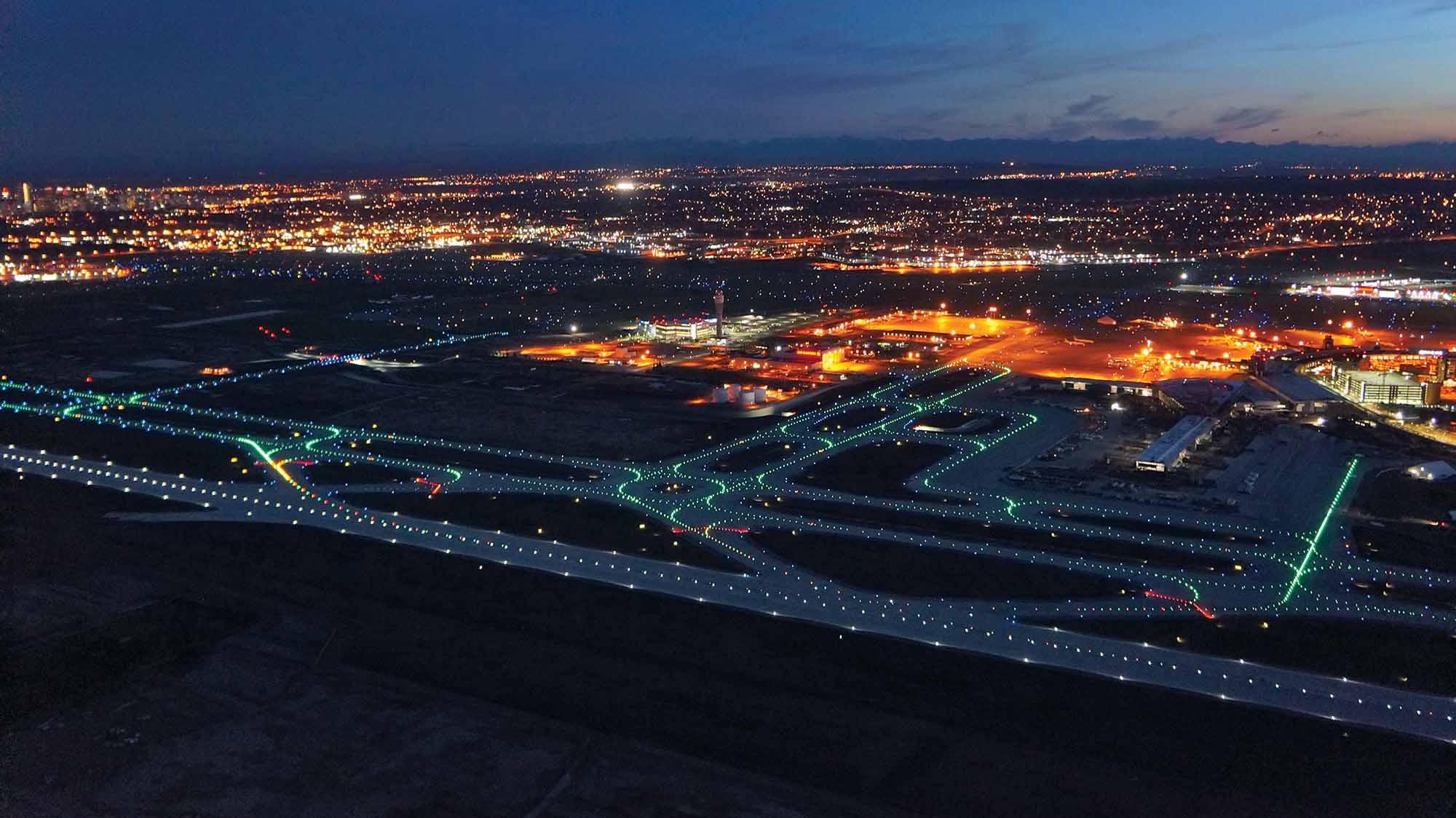 What is wrong in MSFS ( AI generated lighting positions) are the Spacing & Positions of the lights, the colors and physical structure … I particular, the lack of Taxiway center line green lighting,(difficult to identify from a Bing Aerial photo) and the abundance blue Taxiway light on stalks, in the middle of taxiways, at taxiway intersections …

But we all all know this (except maybe Asobo) , and I am Preaching to the Choir here !!!

I appreciate the pics…

The only issue I have with pictures as comparisons is just how exaggerated the lighting can appear in pictures like this, versus what our eyes see out there in person at the time.

Thank you for posting them though

I agree … but when it actually came to finding some Real World Pic to demonstrate the point, it was difficult to find really good examples … even amongst Google images !!

This one is a little better and not so Photo-shopped !! (but not full NIGHT-Time) 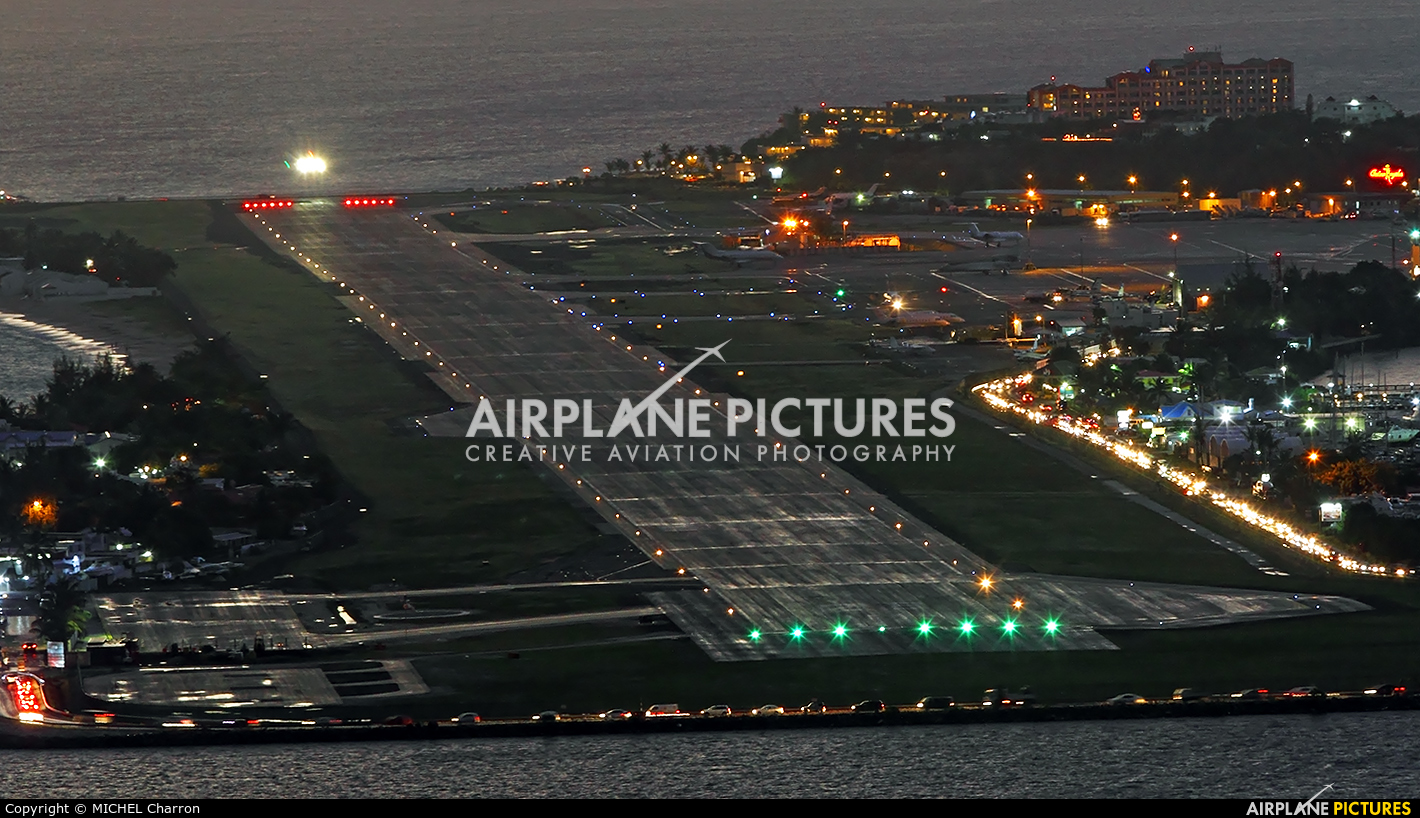 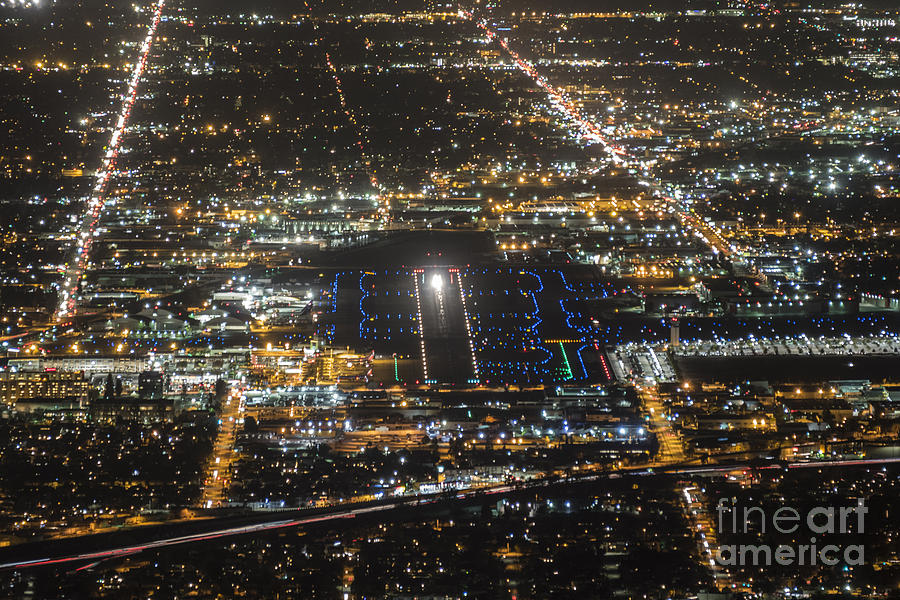 Yep - In any case, the dev team has got to find a way to make it so “the first thing I see from a long distance” isn’t “the runway environment”.

That is literally 180 degrees off from reality.

It might be helpful to new users or inexperienced pilots, but it is an absolute immersion destroyer to those of us looking for realism. Kills me.

Sounds like another candidate option for the assistance menu then?

Yeah, the issues with overly bright lights and the fact that they’re on 24/7 need to be looked at. I just found it jarring that, apart from the taxiway lights I couldn’t see the airport at all when coming in to a downwind.

The problem with all night shots is that no camera so far is able to replicate what our eyes are seeing. By principle they all have to rely on more or less heavy post production, as you either have overexposed lights or underexposed surroundings. That makes it quite challenging to find a common sense for what is right/wrong with night lighting. There’s a huge thread about night lighting, consensus over there seems to be night shots ARE relevant for judging right or wrong (by constant repetition, but that’s only my opinion).
So maybe in order to achieve improvements it would be best to contribute over there.

I flew over some areas during night and I have to say that I really don’t like it…Its too uniformed and reminds me of Xplane…I started this post in hope that they will see it and revert back to the one that we had…If you agree please vote for that…its a pity going backwards in reality… I started this thread after update 5. Now one month and a big and very constructive discussion later I’ve gathered some recommendations from my fellow simmers that I personally find more precise: We hope …

Strange, but in every installed airport I have the same issue = perfect visible runway lights at the end (both sides) but in the middle of the runway there is darkness… see screen 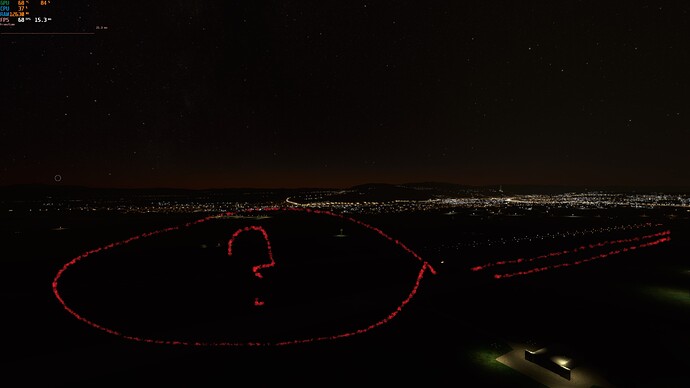