Has anyone done the flying in Africa with the elephants that are walking, and giraffes and such?

Wonder if they could share a flight plan, or where to take off out of?

Each set of animals is listed in the game as “fauna,” and they have markers on them just like points of interests or airports. To make sure you have them highlighted on the world map, select the Filters options at the bottom of the map screen, and ensure that fauna is set to On .

They hide a lot, I searched all the spots in Ethiopia and only found some giraffes at the Blue Nile Giraffe POI. Not for lack of trying, I’ve patrolled the area extensively around all the other points.

Also did not find any Seagulls around the Greek islands. If I had not found the Blue Nule Giraffes I would have thought there was something wrong with my settings. Yet those were clearly visible from quite a distance, pretty close to the advertised coordinates and were walking around in the area.

You can enable the visual markers for help. They appear, when you are closer than 5 miles from the target.

I used the visual markers to try to find the giraffes at Meshesha Wenz. The marker appeared… but no giraffes. I know the animals can stray a bit from the marker. I found the bears in Alaska, but I could not find the giraffes here.

I checked with fauna “birds” :
two old “seagull” positions are OK, but some “flamingoes” have gone completely, one (@Higgins) is down to a single (!) specimen. Whats going on, the next mass extinction simulated?
Do officials monitor this thread or anyone filed a bug report?

More might appear when you follow the single one for a while. That’s what happened for me when I followed a single seagull around with the drone cam 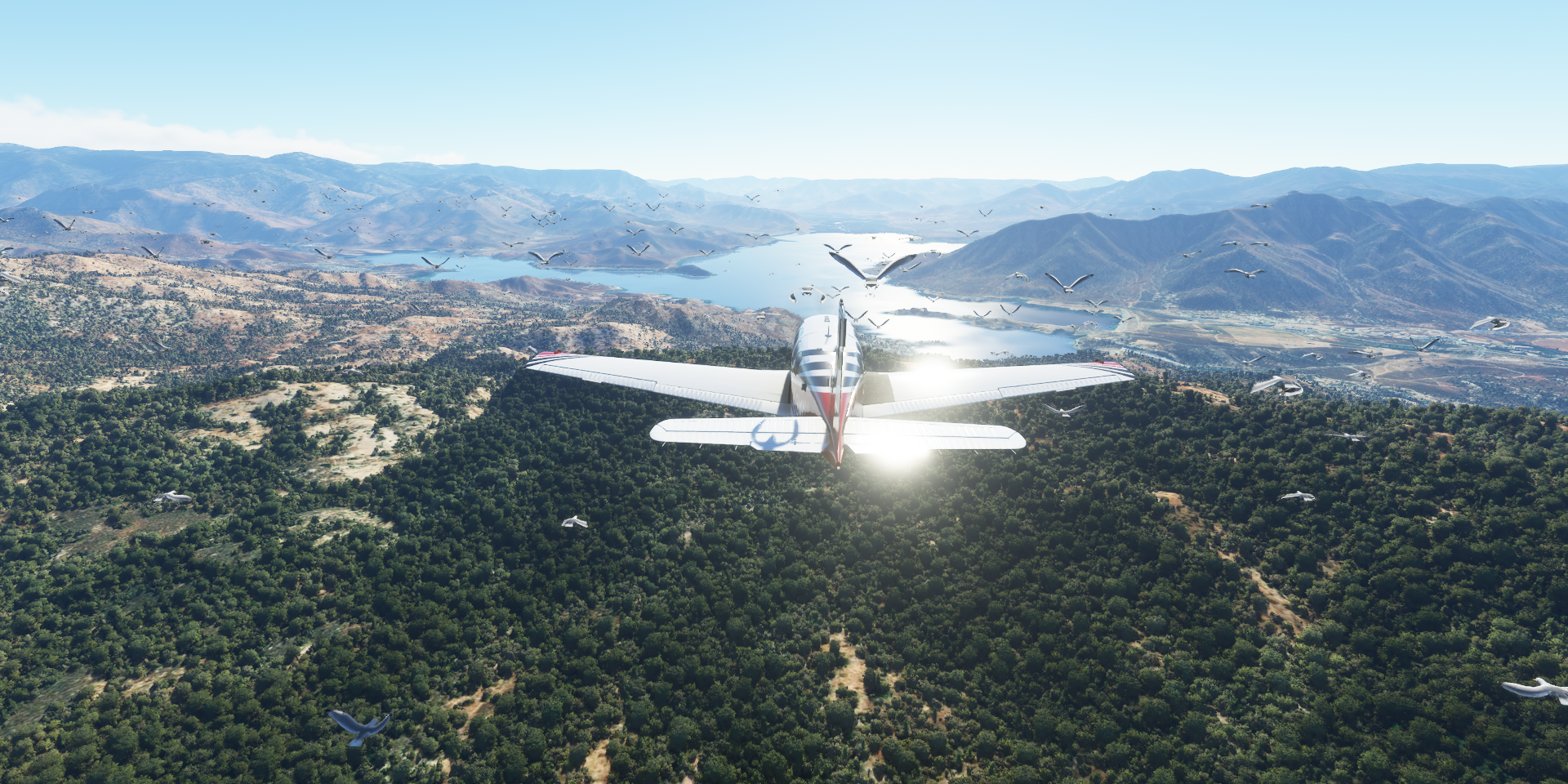 Sometimes they never show though, the marker not appearing while going back and forth over the area. Or the marker disappears as soon as I get within a few miles, then re-appears as I fly away. I can’t spot a bird from 3 miles away!

I’ve had problems finding the animals and not just in Africa - despite covering a wide area and following the POI marker. Is this feature a bit buggy? I think I’ve only ever seen Giraffes and that was sometime ago. Seems like some are missing?

My girlfriend is a huge Hippo buff - so after the XBOX-video I teased her since months that soon these fellows are coming big time to the 1.19.9. sim.
But no joy so far on Chikwenya and Nsefu (where we have seen them IRL), only @ Lake Chad - and they were gone next time when I called her in - so embarrasing…
Same with the new Rhinos (only @ Kwamiya, not on Hlane, Etosha, Nakuru, Kaziranga).

Who knows something about the Fauna pop-up algorithms?
Looks like J. Neumanns vision of millions of african animals migrating thru MSFS is probably 9 years away … 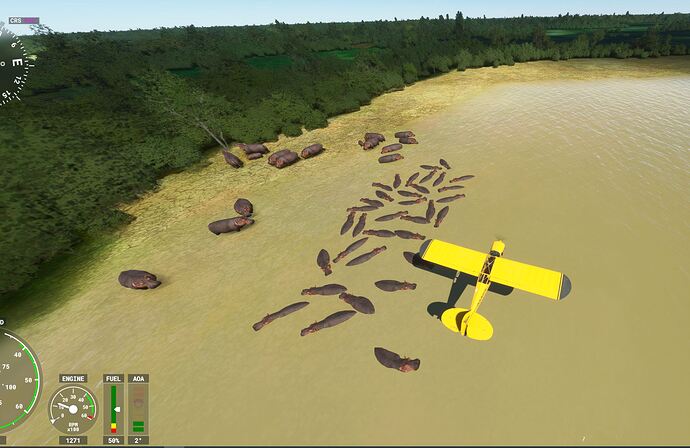