I recently saw a video from youtuber AvAngel who went back to visit the place her love for aviation all began, and asked her channel viewers to do the same.

It’s hard to pinpoint that exact moment for me, but I certainly remember the countless hours spent in the first flight simulator program that I ever owned, being Flight Unlimited II from Looking Glass Studios back in the late 1990’s. 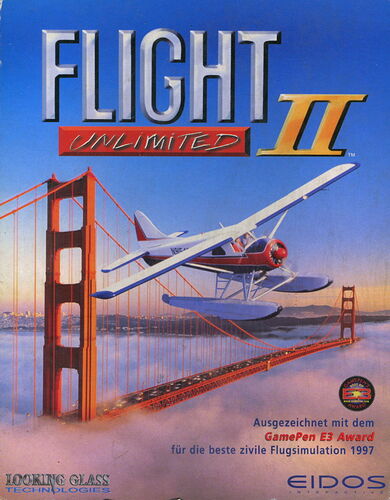 This sim map was limited to 11,000 square miles of the San Francisco Bay Area and I have fond memories taking off from Half Moon Bay and exploring the scenery low and slow with my first ever joystick- thinking the graphics were great at the time!

For a bit of nostalgia today, I loaded back up at KHAF and went for a cruise around this familiar airspace once again, this time in the JustFlight Turbo Arrow III. The high res DEM from the USA world update, coupled with the photogrammetry for the CBD and some early morning misty weather was just great. Here are a few shots from my flight, ending at Moffett Field in Silicon Valley. 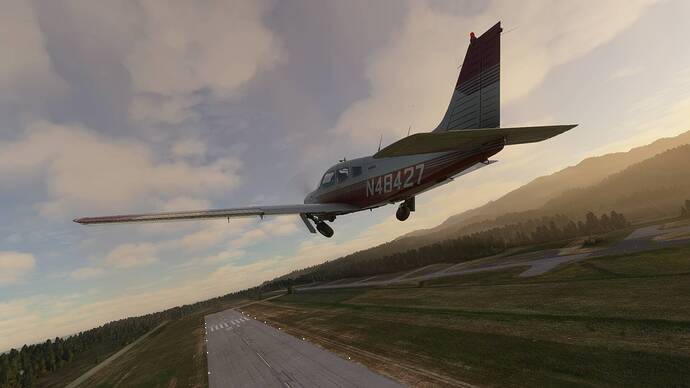 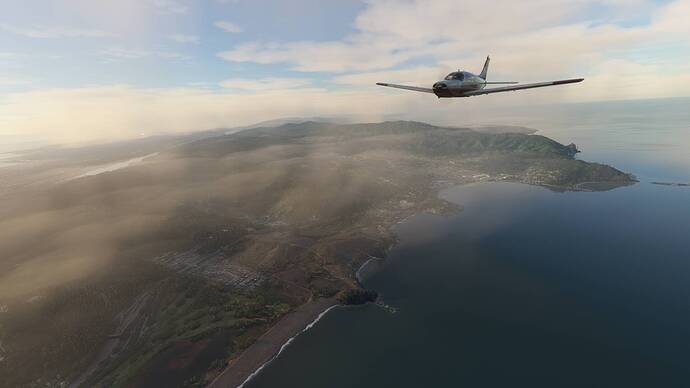 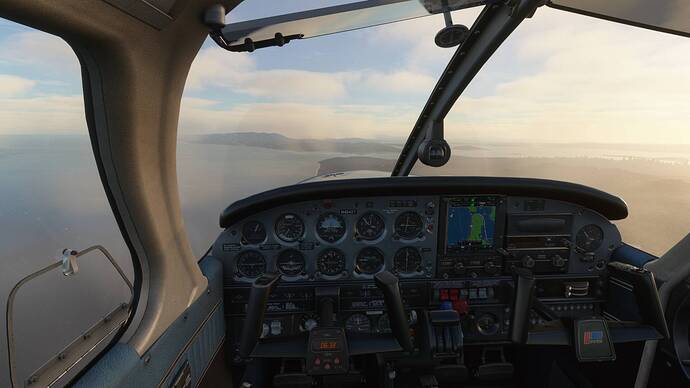 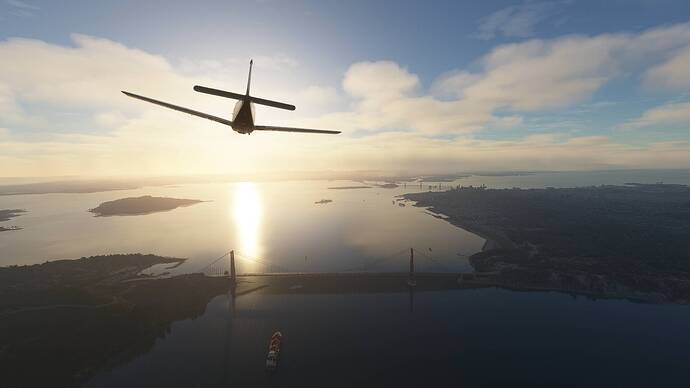 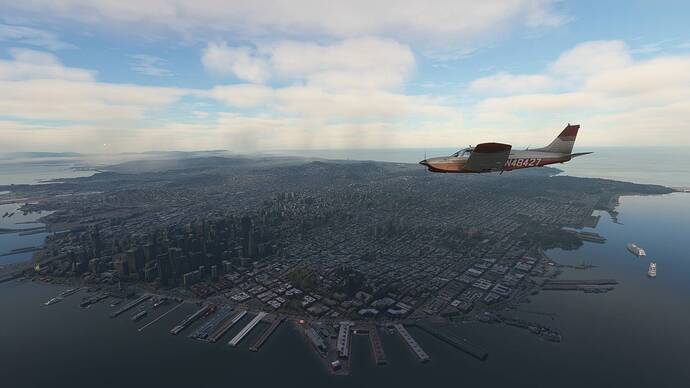 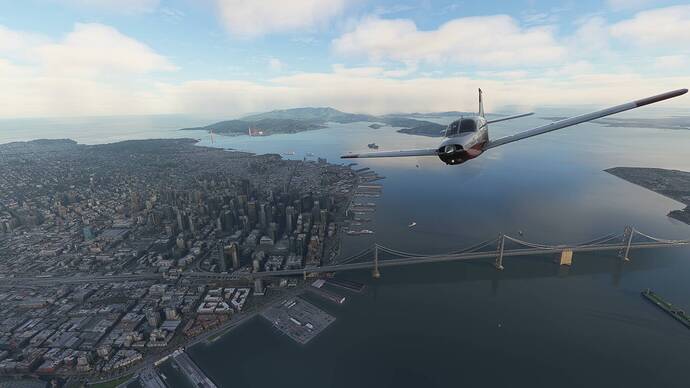 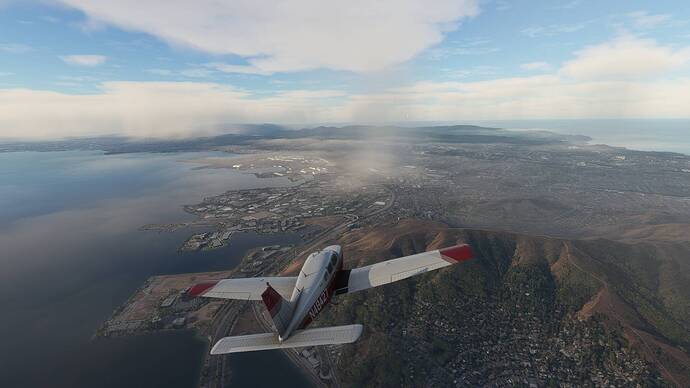 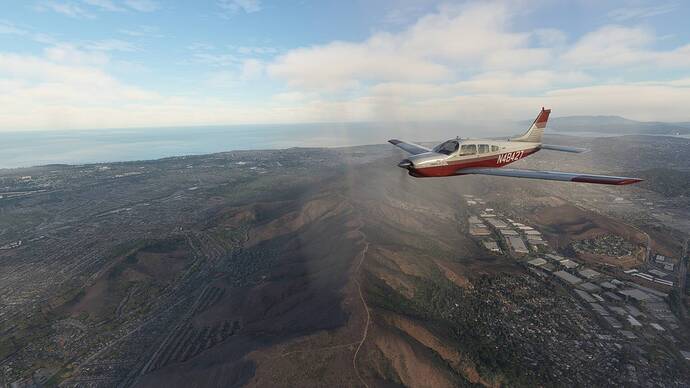 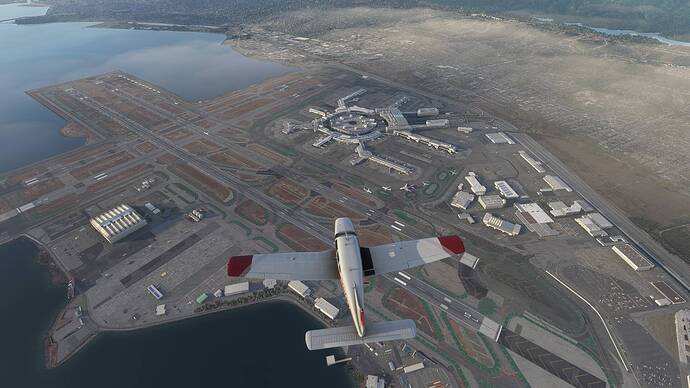 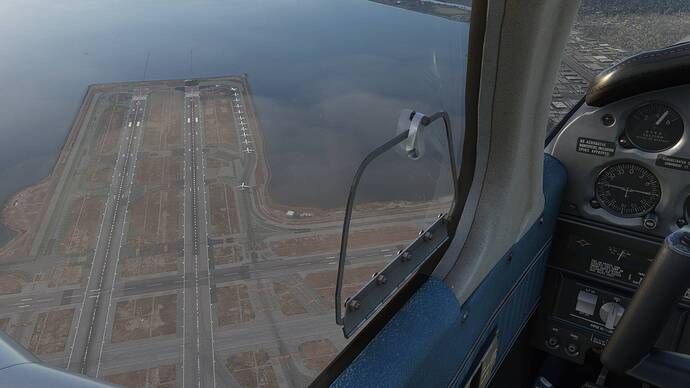 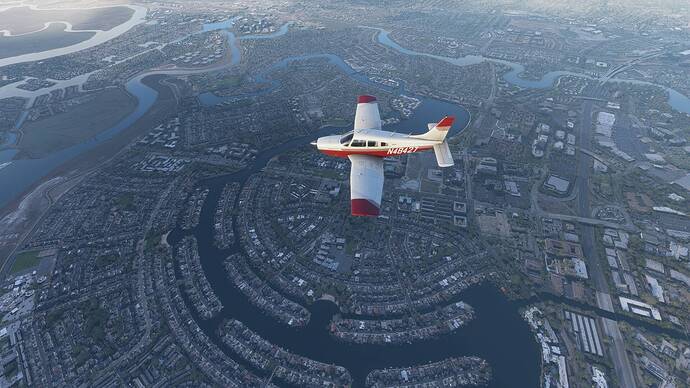 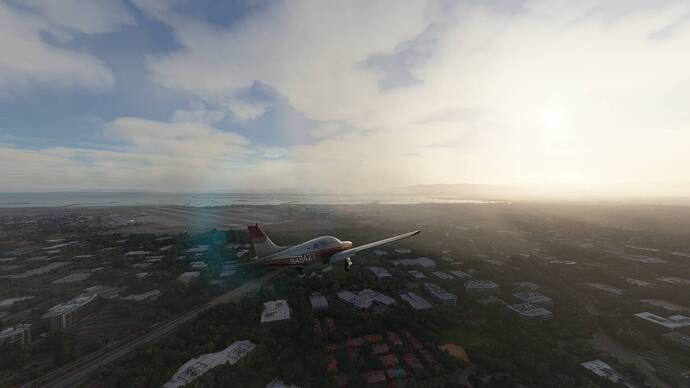 I’m curious to see if there’s any other Flight Unlimited II veterans here. Sing out if you played it too!

YES, I loved Flight Unlimited 2, I have changed my call sign in MSFS to 4LG, in memory to Flight Unlimited 2. I still have the FU2 map, laminated, on my desk. I remember holding short at San Fran in the rain with a heavy landing causing wake turbulance, and then the adventures/missions, my favorite was rescuing Russian sailors in the Beaver from a nuclear sub off the Santa Rosa coast, on the way back they all burst into song. Plus seeing the Concord fly by on numerous occasions.
It was also the first time I joined a virtual airline, name escapes me now, but when FU3 came out they changed their name to Pier Glass Aviation “Wherever you’ll ride , we’ll fly”.
Yeah I loved it.

Yes, I had it too. I seem to remember a Toronto scenery for it as well. I also remember many of us wondering if it might be the sim to rival the MS franchise. That was of concern to me as my “VIP Group” was growing at that time with our addons for The MS platform. FUII was ahead of its time in many ways.

I’m part of the club ! Thanks to bring back these memories. 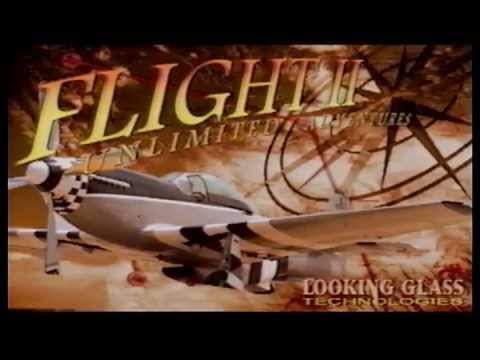 Yes me too, a veteran.
I flew in one of the first good virtual airlines, Bay Area Charter, using FU2, which later became Pier Glass Aviation and incorporated the Seattle area of FU3.
It was based out of Ksjc at first , then E16, and also later from seattle KBFI.
It was a really good experience, I have very fond memories, especially of Capn Dave.
In honour, I now fly MSFS using Neofly career app, and also fly from KSJC around the san fran area.
Neofly mimics the fun of Pier glass Aviation with its missions.

@BashirDS9 , just read your post, may have flown together! 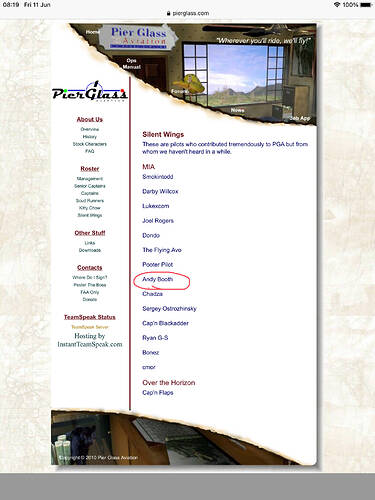 Yes Bay Area Charter was the one, I went under the name Buzzard at PGA. I actually ever so slightly preferred FU2 over FU3.

What a trailer! “Flight II allows you to fly in the face of the FAA”