Save the children: Airstrip Annabelle remembered

The historic airlift during the Biafra/Nigerian Civil War saved hundreds and thousands of lifes:

The Biafran Airlift was an international humanitarian relief effort that transported food and medicine to Biafra during the 1967-70 secession war from Nigeria (Nigerian Civil War). It was the largest civilian airlift and, after the Berlin airlift of 1948–49, the largest non-combatant airlift of any kind ever carried out. The airlift was largely a series of joint efforts by Protestant and Catholic church groups, and other non-governmental organizations (NGO)s, operating civilian and military aircr...

REMEMBERING ANNABELLE – THE AIRPORT AT ULI THAT WAS ONCE AFRICAS BUSIEST AND...

The Biafran war was a vicious nightmare that brought both death and misery to millions, many being innocent children and civilians now dealt the cruelest of hands by fate.  While there ar…

Easy with King Air (Avatar for the Avro Ansons), OK with C-47, difficult (start) to impossible (land) with DC-6 due to the huts on the side.
As in real life fly low, in bad weather and/or at night/dusk/dawn. Nonsense-MSFS-street-lights simulate the runway illumination at the time:

Two historic PLNs:
they go right into Uli (the two WPs delineate strip ends) and end in Enugu Airport (base for Biafras B-25 and B-26 bombers).

Biafra1.PLN (4.0 KB)
from the south - pick up medicines at various strips (which were all used at the time) before going in from the sea.
Biafra2.PLN (2.9 KB)
western approach from Cotonou over jungle

BTW: I have put up a request for an Uli-airport creation, so if any modder feels intrigued:
Uli Airport (History) » Requested | Microsoft Flight Simulator

BIAFRA revisited
progress has been made regarding this topic: 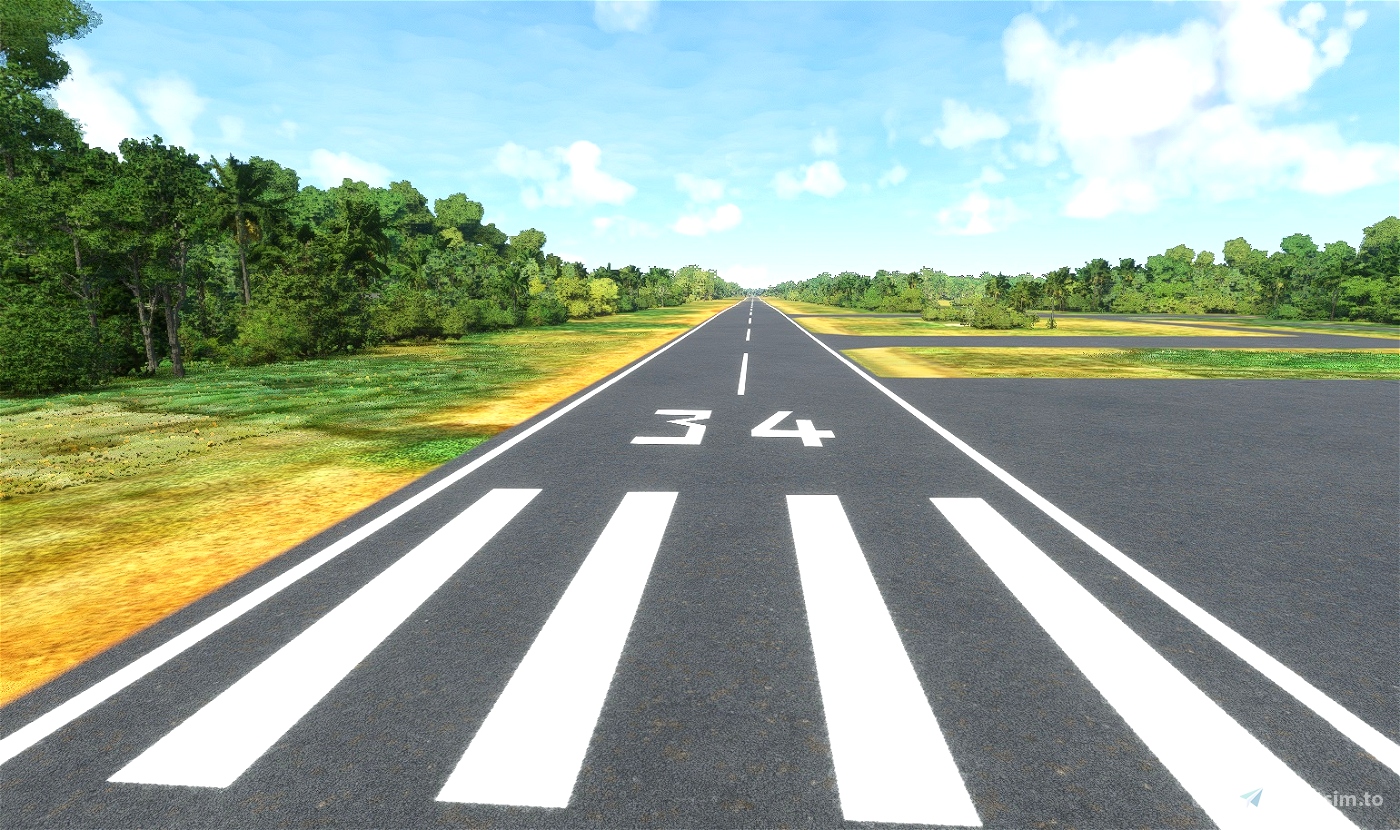 Hopefully something similar pops up soon for the payware Constellation - a type that was much in evidence here at the time.

Well, some new historic PLNs into Uli for them old props, the challenge is to use them in the context of the time:
no GPS, no Navaids for long stretches, dead reconning via compass, pen&paper , going low to avoid detection, engine troubles.
Choose your timing wisely to make most of day/night/moon periods.

France was secretly supporting the rebels to get access to their oil-fields. Not all african countries allowed overflights, so here you have to stage from Corsica thru Morroco, Mali (with an arranged under-cover fuel stop in Tessalit) and then go low level in Niger (that sided with Nigeria) to Uli.
Biafra3.PLN (3.6 KB)

Portugal was giving massive support - and not only food: via stops in its colonies Cape Verde and Bissao plus the Ivory Coast.
Biafra4.PLN (3.4 KB)

Many flights came from Petersburg SA, via secret stopovers in the Kalahari Desert, (Portugese-at-the time) Angola and then Gabon.
Biafra5.PLN (2.6 KB)

From France again, avoiding once more unsympathetic Algeria: in uncontrolled airspace over the Sahara to Chad (clandestine re-fuelling there), finally going x-low before the MSFS-Hippos (see them?) at Lake Chad to avoid the prowling MiGs over Nigeria proper.
Biafra6.PLN (2.7 KB)