Self-made Autopilot Panel for Xbox (from a Numpad)

So, I thought about what I can do with cheap stuff to make some more control surfaces for flying on Xbox.

So far I had been using my Controller with a Chatpad attached. I chose one that has an extra USB Bluetooth dongle, so that it works on Xbox.

So I got me this wireless Numpad for EUR 7.95
https://smile.amazon.de/gp/product/B00KYPJAMK
It has a USB Bluetooth Dongle, works perfectly on the Xbox. 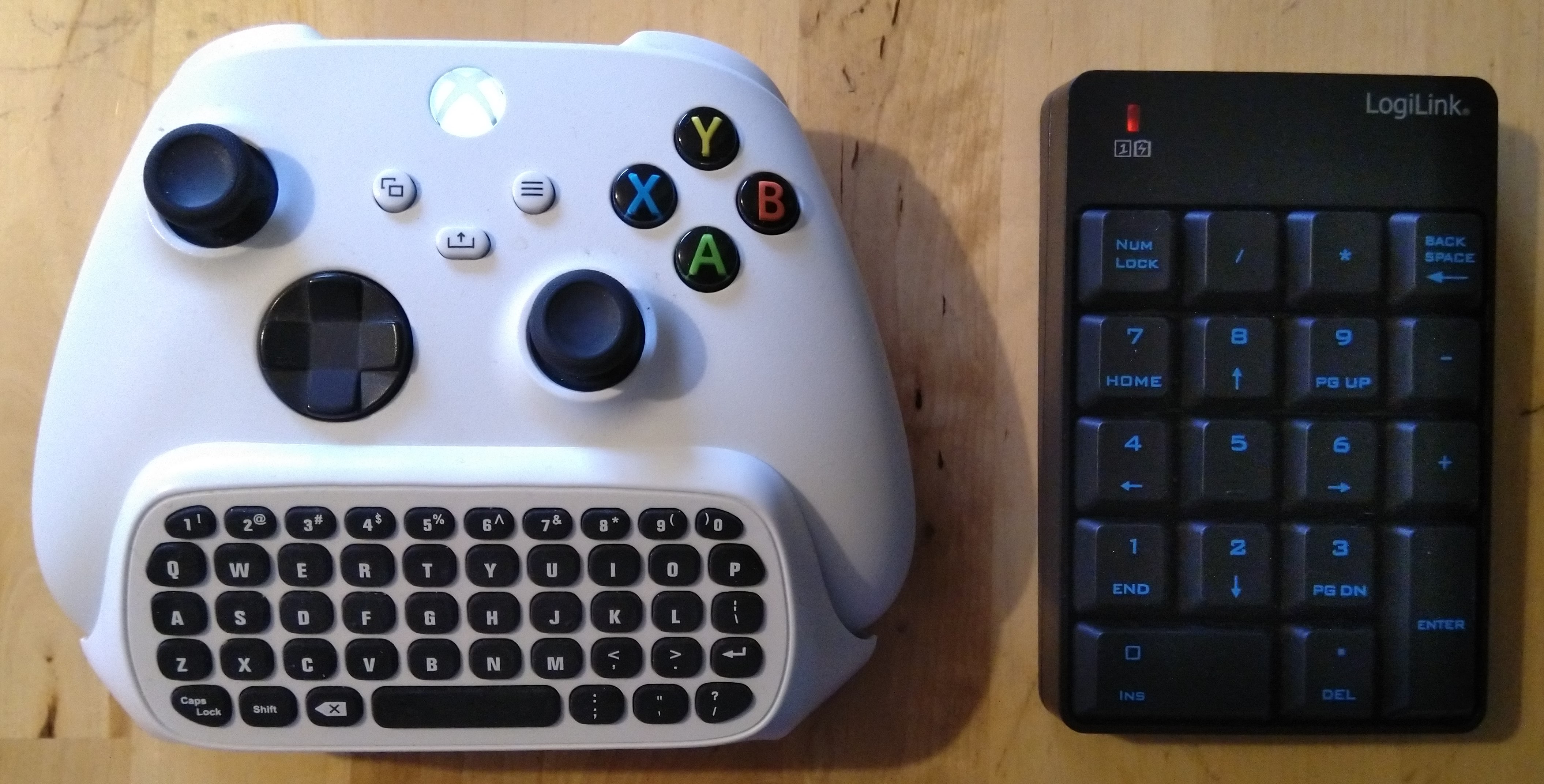 I thought about what Buttons need to do what 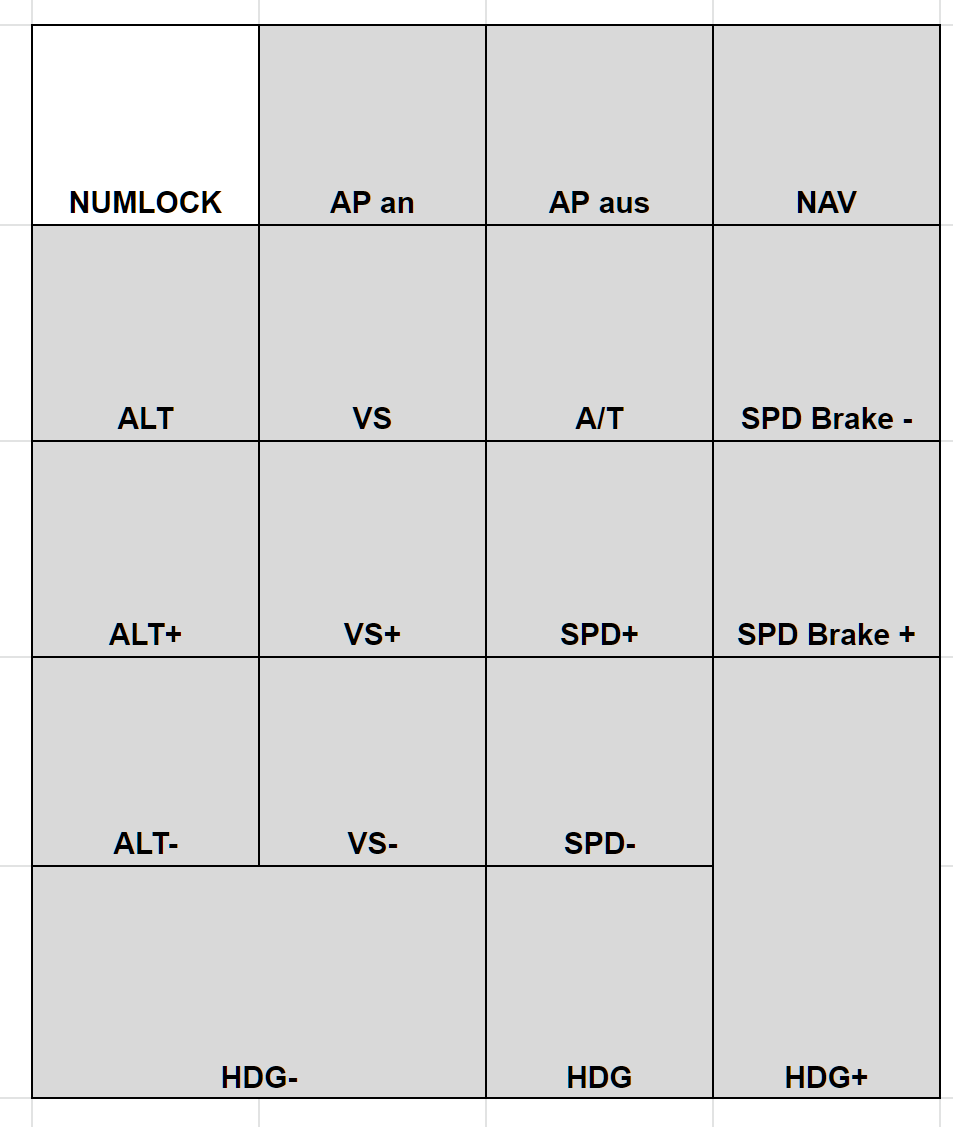 Got me some printable vinylsticker paper (no idea how to call in English)
https://smile.amazon.de/gp/product/B07JB86T9G
(I can use that for all kinds of stuff)

Made a quick version today 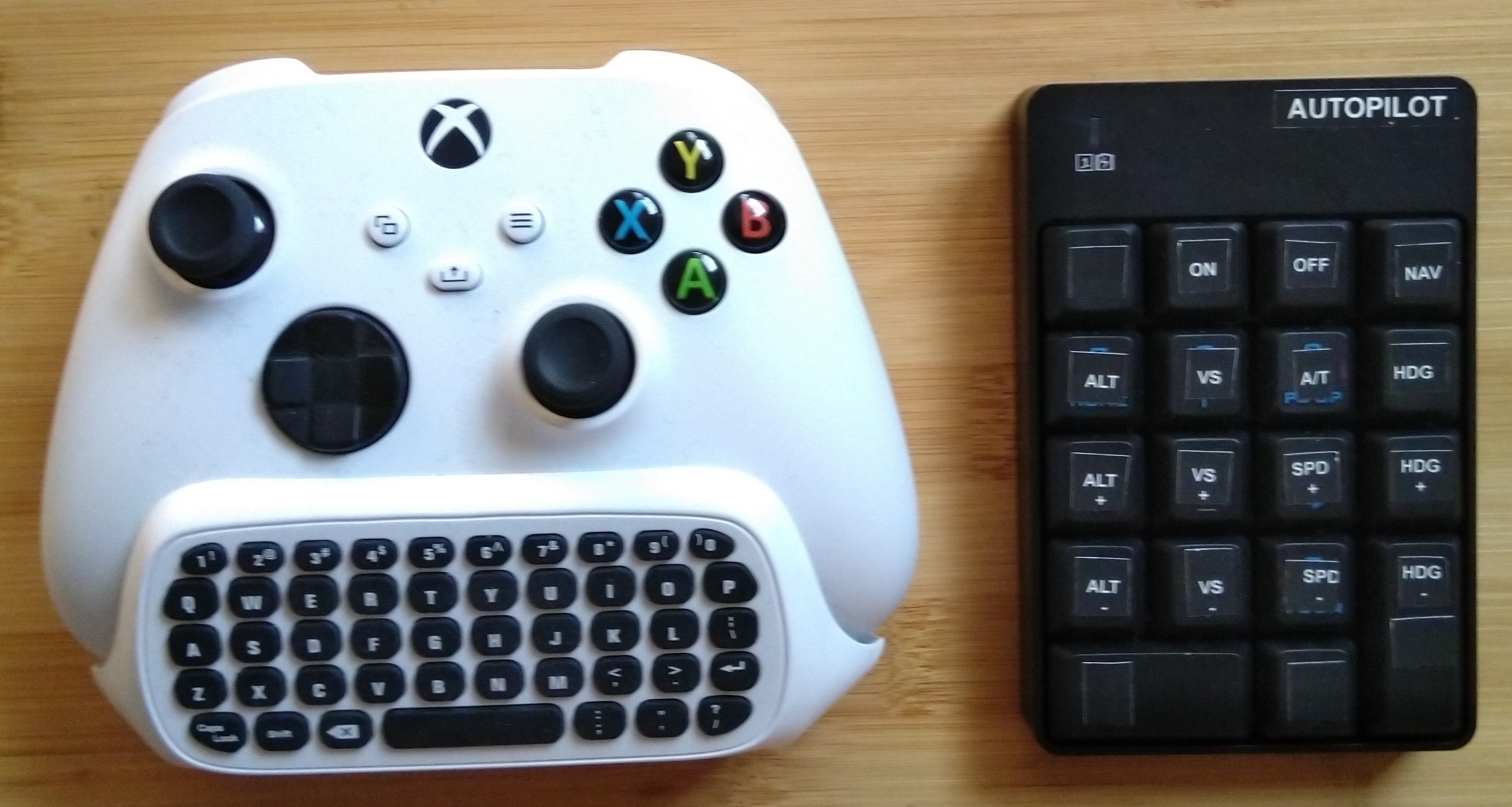 Now I will test this in regards to if I need other buttons or not and then will make a version which is done more accurately.

It works very well however in regards to functionality.
When I fly solely with AP during a flight, it’s fun for me to use this as a control surface.

Good idea, you could also go with a full blown keyboard (with numpad) setup your numpad for AP and then have all the other keys to work with for other stuff.

I wonder if programmable keyboards would work on Xbox.

I’ve got a couple of Koolertron ones which I use with my PC.
You might need a PC to configure/customize them but as far as I understand the config then gets written to the device and it doesn’t require any active software or driver’s running.

I’m using a small 9-key as a numeric input for ATC responses and a slightly larger one for some other stuff including AP value inputs and cockpit camera quickviews.

Do those need any form of drivers or are they plug & play ?

I know for example Cashier-Keyboards mostly work on Xbox if they have USB. Is it something similar ?
like this 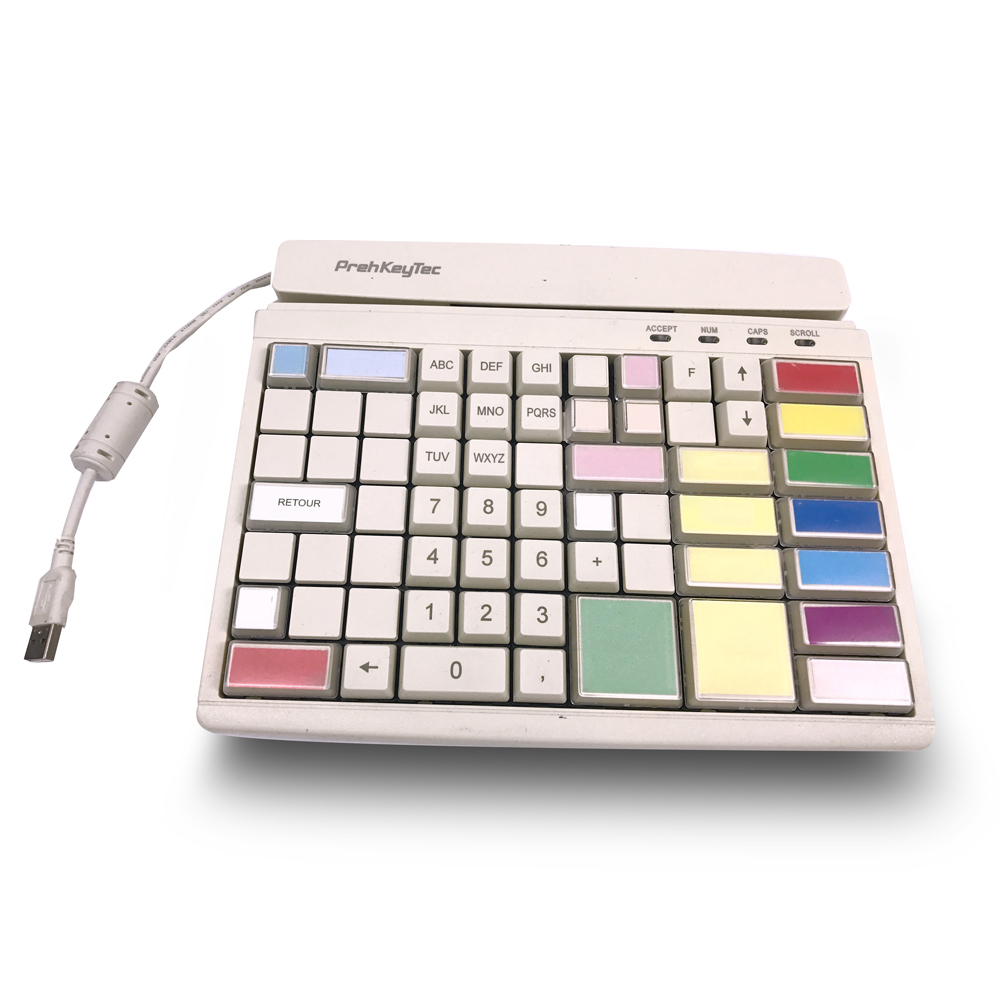 Since I fly from my sofa in the living room (also when using PC), I need wireless and very handy devices however, otherwise I would have done something with a Cashier-Keyboard.

It never required any driver install or anything. It comes with a default config preloaded and windows just detected it as another keypad.

You do need to use a software called Amag to change that config though but as I mentioned earlier this config seems to get uploaded and written to the device so doesn’t need anything running when used.

I quite like them, quite versatile little things. I use them when I’m tinkering in 3d software too.

Not quite as powerful or fancy as a Stream Deck, but those DO need software running and I don’t know if they would work with Xbox.

To be honest. With a little thought given to the mapping you can make a regular 9key numpad do a lot.

Reads like Ctrl + Cursor up when mapping the keys in FS2020

Those makros on a programmable keyboard could be very interesting, I will look into that for sure. Thanks for the inspiration.

On the Numpad, I have acually two layers already, depending whether Numlock is on or off.
Don’t really have a use for the second layer right now though, as I have all other relevant controls on the chatpad. I just wanted a dedicated Autopilot device. But time will tell if I will use the second layer.

Awesome, I just bought a wifi numpad to replicate your idea…

What a wonderful idea. Very clever and thanks for sharing. I think just one layer is great. My issue is really interacting with autopilot.

Regarding your experience with the chat pad have you had any issues getting the numbers to fire when interacting with atc responses? With mine I have to push the buttons very hard. Mine could be broken, I don’t know. Everything else seems to work proper.

Anyone try this and map a NAV button? Similar to hitting the AP nav switch on the Citation to follow IFR route? What mapping did you choose?

Ideally I’d like it to follow NAV1 IFR and also have a modifier button to switch it to LOC1 when landing but I can’t figure out what MSFS calls these AP functions.

it’s something with NAV1 indeed for the button.
My MSFS is in German so I don’t know what the option is called in English.
Something like ‘Hold NAV1 Course’ or similar would be an approximate translation.

It is indeed Nav 1 Hold, thank you! Now I just need to figure out how to map a button to change the NAV radio from FMS1 to LOC1. I can almost do an entire IFR flight without any mouse clicking in the cockpit at all, save for having to switch up that NAV frequency with the button above the PFD.

Could someone please post a screenshot of all their key-bindings please - I using a hotas one without rudder, but would like to do more with the Keyboard

What control bindings did you use for heading +/- and VS and Alt? Having trouble understanding which items to bind to my bulbosas, thank so much!!

Does the chat pad work like a regular keyboard? I would really like to set that up!