Settings to improve quality of Photogrammetry

Wondering if anyone who likes photogrammetry in dense cities has found any settings that really try to guarantee the highest “LOD” . I get really mixed results in where the highest quality or least melted version (not really resolution) pops in - unless I stop with ESC or Active Pause. Is it simply Terrain LOD? A good youtube video that demonstrates the issue in New York City - especially at the 23min mark : 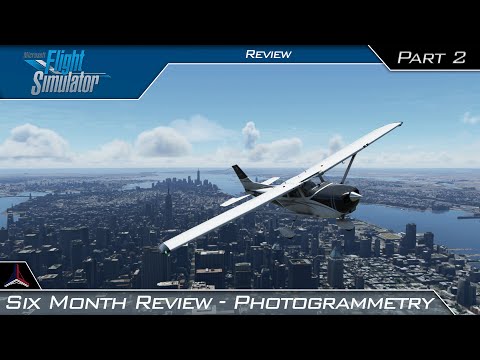 I can get really close in my H135 helicopter and sometimes things are remarkably detailed and other times very “melted” or maybe the roads are quite low res textures, I suppose that the servers are slower at times. I tried downloading into Manual Cache the highest detail but it just isn’t reliable. I’m sure that my PC=9700K@5Ghz, 32gb RAM@3200Mhz, and RTX2070 isn’t the highest performance system - and maybe using VR is limiting the loading of Photogrammetry. Most of my graphics settings are Medium and my Internet bandwidth is usually 150mbps.

EDIT: I set Terrain Pre-Cacheing to ULTRA and the two LODs to 150 - that seemed to help. I did notice when flying in San Francisco from downtown to KSFO at 500 feet and 150mph that I was using between 30 and 50mbps of Internet and I think I was seeing mostly highest quality photogrammetry - maybe some popping as I got closer.

Ideally you would use the manual cache to download the area you wanted to see in full detail. However the UI for it has been broken for quite some time with a weird parallax issue that makes it impossible to know what area you’ve got cached. I’ve also seen reports that it’s just not showing the cached data in game anyways.

So you are at the mercy of the servers which have often been struggling since SU5 was released. About half the time I play everything is either melted or I get constant pop ups telling me there isn’t enough bandwidth for photogramatry. I have 1gb fiber so in most cases I know it’s the servers having an issue not me.

Depending on location I start with Photogrammetry off while grounded.
Once high enough in the air I’ll turn it on, usually past 3k feet.
Reason is…some airports share surrounding cityscape borders ie residential neighborhoods or city buildings right up to the airport’s perimeter fence. I don’t wanna see the melted eye sore lego blocks at ground level, while taxiing around the airport. Nothing more pitiful looking than ■■■■■■ MLS (Melted Lego Syndrome) building and tree photogrammetry at eye level on ground.

Good observation about the melting even at the highest quality in some cities (maybe some of the freeware efforts on Flightsim.to from Google maps might be better? ). However for us Airbus H135 and H145 heli drivers, we like to fly amongst downtown skyscrapers so some cities look pretty nice - parts of London for example - so I wanted to tune MSFS so we would see the best quality. Actually, I hadn’t heard about the Terrain Pre-Cache setting and that seems to be the trick.