It seems like every slider in the game does not follow basic UI rules. Clicking somewhere along the slider bar should make the setpoint jump to that setting.

Example - Have you tried setting joystick sensitivity in VR? You have to find the seemingly single-pixel target of the slider handle and when you drag the mouse it jumps in random % changes.

Exactly - take my vote. I also want to add that the removal of the overall slider for payload and fuel has been removed which makes it even less friendly for the user. Now, you have to move each individual slider to try and meet your simbrief OFP, which is a big struggle as whenever you move the payload slider, the fuel auto adjusts. I attached an image to show the new UI. There used to be one slider next to the word “Fuel” and “Payload” respectively to override all the fields below it.
I and many others also covered more bugs here, where hopefully Asobo can take a look at all the bugs at once rather than sending hundreds of emails to Zendesk.:
Sim Update V (1.18.13.0) Bug Megathread - Community / General Discussion - Microsoft Flight Simulator Forums 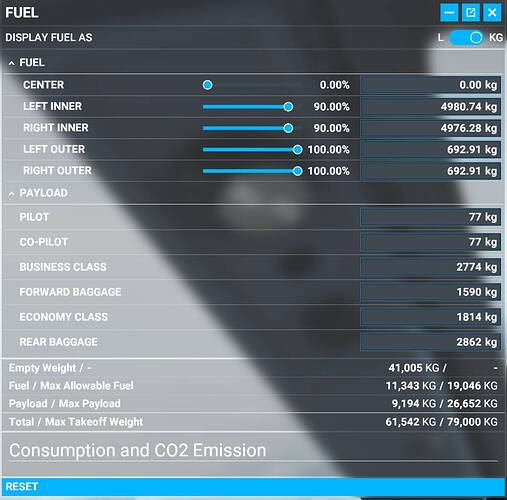 I noticed the missing overall slider too, but then it returned in another plane! (Not sure which)

Another point i should make re: sliders-

The Time slider used to have a handy +/- button so you could find that perfect sunset. With that gone (why?!) , the UI needs my suggestion for the scroll wheel

Just realised that. Crazy that it was removed - what was the need for them to remove it lol?!

For fuel, keyboard entry is not working at all for me. As soon as I type in a number, it gets cleared. Something to do with decimals I think.

I’m getting the overall slider on the “World Map” aircraft selection screen. 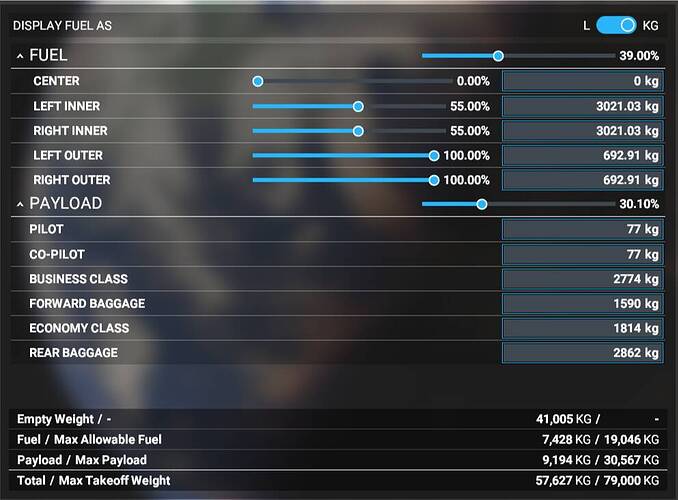 Also getting the overall sliders in the aircraft itself: 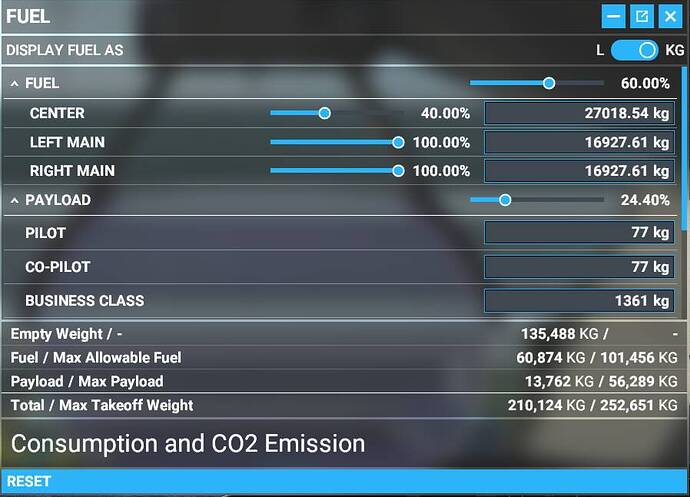 But ultimately I’d like to enter a fuel value in weight units rather than as percentage.

Voted. I can add here that the time slider also goes backward 1 step when you move it forward. They made that slider too short now…

The Time slider used to have a handy +/- button so you could find that perfect sunset. With that gone (why?!) , the UI needs my suggestion for the scroll wheel

Seen that. +/- minutes are missing. I opened a topic last week for the minutes. It also has a tip,

I like to take screenshots. Also sunset screenshots. To do that, you need accurate time setting ! In a few minutes… sunset ends. Now, the time slider was made much smaller… and the minute up/down button has been removed. Can we have that little minute up/down back please ? (that’s my wish) I tried to find workarounds, there are a few… When time cannot be set properly… or your slider jumps… workaround #1 wait for the time to pass by… here I waited 7 minutes to catch the right moment, [ts2] […

Also getting the overall sliders in the aircraft itself:

I think it depends on the aircraft you’re using.

I’m getting the overall slider on the “World Map” aircraft selection screen.

I think that’s available for me there too, just not in the aircraft. Guess I’m going to have to generate my SImbrief OFP before starting the flight to make it easier to input the weights.

As soon as I type in a number, it gets cleared.

Yep, seems to be a problem for me as well. Except I also have this with the customisation tab, where it clears the field immediately.

Alright, appears the G1000 v0.4.0 was causing the overall slider to disappear for me, so I deleted that and installed the NXi mod from the marketplace and boom! the slider returned. Plus, the range knob works for me again.

The slider bug appears to be back again!