The snowy visuals in the sim already look fantastic. But I think it would be even better if we were given an option to customize the snow line. I live in the south of Australia and regular snowfall here only occurs above a certain elevation, 1200m in my case. It’s beautiful but out of place when you increase the snow depth and areas that never get snow in reality get completely snowed over. The same is true for many other places in the world with Mediterranean or subtropical climates. It would be really cool if there was a slider for minimum snow elevation or something like that. Thanks.

Second this. I was thinking just the same thing today doing some mountain flying in New Zealand. Pretty easy option to include a slider bar for snow elevation I think

Please submit this suggestion via zendesk. You never know who is reading and when on forums/reddit/twitter etc

yes, that snow height looks to me not in cm but better in mm but this must be confirmed by users and Asobo. If I set 10cm height of snow I expect full coverage of ground probably but in FS isn’t this as is expected.

Done as you’ve advised. I’ve submitted a query to zendesk regarding this.

Oh that would be AMAZING if they do that !!! or you know , they just have to put put the snow line start automatic after 0°C and the snow depth increas with the altitude .

Snow in this game makes me sad. I live in a northern city and we have snow 6-7 months of the year. What we have in game looks nothing thing like what you see IRL.

Where is the accumulation of snow? I don’t see snow skimming across the runway when there is a wind? Where is the visible exhaust from buildings, vehicles, people? Where are the snowplow? They also need to work on the visuals for what snow looks like when falling, especially during a storm.

Snow, it lasts longest the higher up you go, not the other way around

Hoping this will be fixed sooner rather than later, hehe 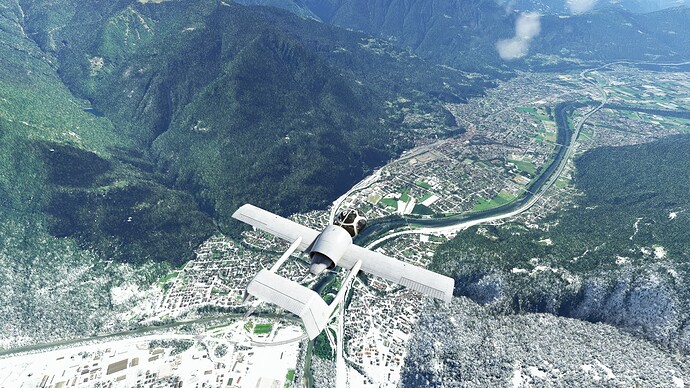