Some rather intense winds over Europe today (100+ knots @ ground)

Steam, Dev Mode ON (no changes, just on)

Found extreme weather incongruities with live wx wind speeds at various areas around the world. Velocities appear to be one whole order of magniture above real world conditions 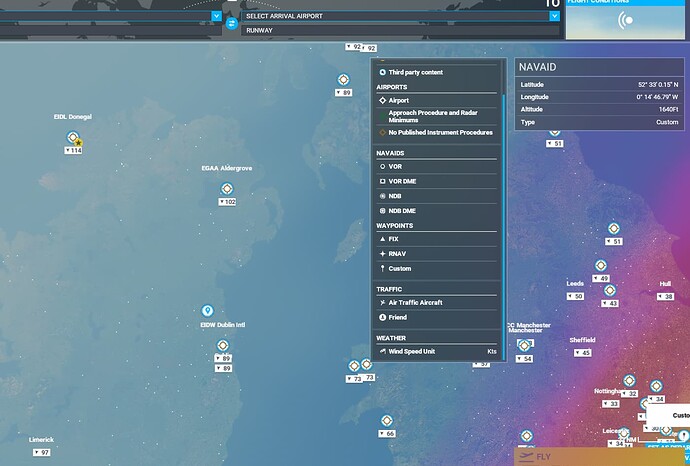 I’m quite certain that if these conditions were indeed the same as in real life, we’d be hearing it all over the news right now. Also, I checked, and wind speeds in reality do appear to be less than in the sim by a factor of ten.

This made for quite a surprising end to my leisurely flight, first noticing weird “dancing trees” which I though were a visual glitch at first - and then I hit a wall of Jupiter-Force winds that flipped my plane around like a pancake… it was not a glorious landing.

Oh cool, sounds like just the right weather for a little stroll with the Solo 103

Perfect for STOL landings though. Can helicopter that plane in

It is forecast to be fairly windy tomorrow night over the UK IRL though. Wonder if live weather has got some T+36 data in there, or wind layers from aloft being used at ground level.

Sounds like a fun ride! You know its funny that you estimated the mis-calculation in the wind speed because Im seeing pretty much the same thing for cloud heights from experimenting over the weekend.

I load live weather and get the what people are calling haze at ground level. But I found if I use a pre selected weather mode that resembles what it really should be, and manually add the variables to it, its almost spot on. Of course this work around is a pain since you have to get weather for the route your flying, and then enter it manually as you fly your route. But hey it adds to the immersion…

Anyone know how REX Weather Force copes since it was updated? It’s on sale this weekend and I was thinking of buying it

And the incongruous gale storm continues: 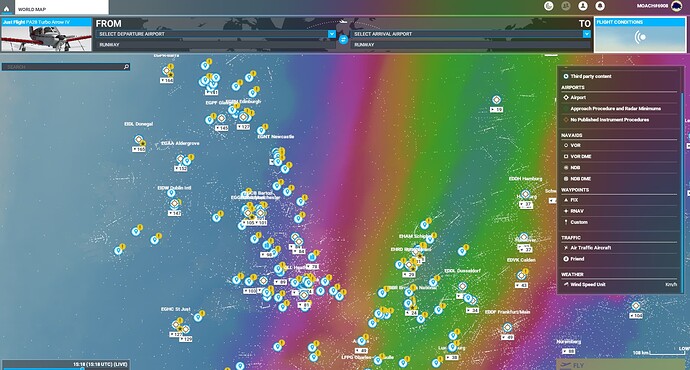 and here’s the same area at the same UTC in the real world (both images in km/h): 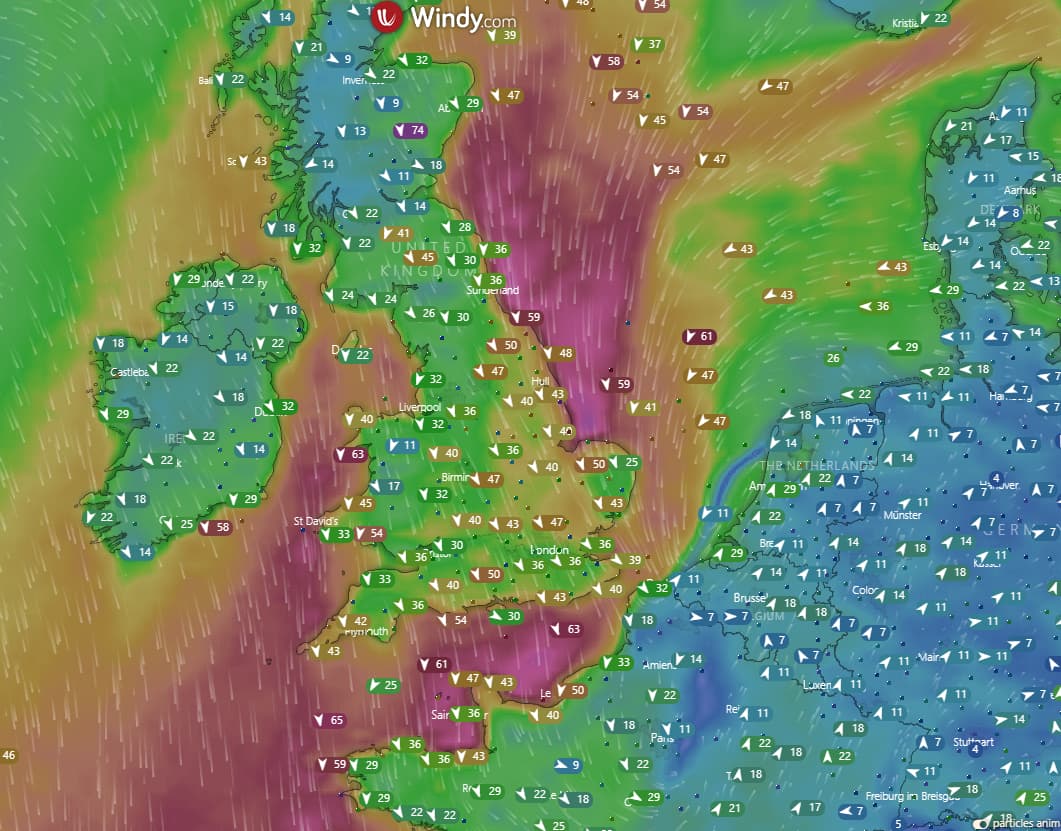 As you can see, it very much looks like someone put an extra zero to the right of those figures. Makes for some interesting flying, albeit rather unrealistic…

As a side note, I’ve experienced 100-ish kmh winds IRL a few times. Under those conditions, large tree branches will break (to land on unfortunately parked cars) and roof shingles become projectiles. It’s not what you’d call “aviation weather” - On the other hand, if you’re in a building and look out the window, it does feel like you’re in an airplane going through clouds…

Storms Arwen’s strongest winds have been concentrated on the NE and E coast. The massive winds over the West Coast is hoax.