Here’s the main (NON Performance Related (As those, while severe, could be client-sided) issues I have with the game:

Trees- Trees, in the UK for example, couldn’t be further from reality. About 90% of the flight simulators trees in the UK are tall thin fern/pine trees. When in real life only about 5% or so, are like that. That’s about an 85% inaccuracy. I’ve gone around other countries and seen similar problems.

Satellite imagery- Might as well skip past this one because everyone knows how, uh, not great, it is in many places.

Traffic AI- Car AI is about as low effort as I could imagine it could be. The models are, okay… The behaviour is, well very odd. Simple acceleration wouldn’t be hard to implement. I see countless cars going almost 100KTS on a 60-70mph highway.

LOD- Planes disappear when they move around 2miles away (747 and bigger planes take longer as they’re bigger), which saves close to NO CPU power at all. Increasing it to 10miles or something would almost make no difference especially when you have such low poly models at that range. This is especially annoying when you’re doing cinematography and watching your plane through the mountains and valleys.

Clouds- The scientific accuracy of the placement of clouds is miles off reality. According to Asobos presets, puffy white clouds tend to hang around 10,000-30,000 feet. Often placing them at 16,000 or so. In reality, they reside usually at 1-6,000ft. I have to manually drag the annoying sliders down, to simulate realistic cloud heights.
Also according to Asobo, clouds collectively form in repeating patterns and do not show up randomly in the sky. In reality, clouds are very random, at least, insofar as distribution (their individual formation in real life, is somewhat repetitive, I understand that).
Somehow the sun shines sharply through even the thickest layer of overcast cloud cover.
Also, graphically, the clouds often appear far too transparent and with far too undefined of edges. Sometimes ultra looks just as low settings do.

Sound design- No implementation of the speed of sound and the delay this would entail. (Not a major issue, but I doubt it’d be too hard to implement, even with poor accuracy, like, if plane is 1km away, 3 second delay, 2km 6 second, etc…).
There’s almost always this deep rumbling sound, even when the plane is not going anywhere, even if the plane is miles away. It’s like you’re constantly in a Jupiter storm or something apocalyptic.
There’s a weird transition from ‘close’ to ‘far’ reverberation/phasing effects, it’s really sudden, its like between the 250-300 meter range, it suddenly transitions to a ‘‘far away’’ reverberation mix.
According to Asobo, planes cannot be heard once they’re over about 1-2 miles away. Despite the reality in which planes can be heard 10-20, sometimes up to 50 miles away almost all the time. It would be really nice and would make the world and atmosphere come alive if you could hear planes more realistically.

Camera- The drone camera is, weird, clunky, and broken. The speed sliders are clunky, you have to click twice sometimes to get it to actually update speed. The lock on mode only works half the time, often it will end up zooming into another dimension and spinning around like it’s drunk. The lock on camera is unable to track the plane overhead, without going upside-down and wonky… Which is not even something that can be said about FSX.

3rd party content- It is quite amazing just how difficult it is to get 3rd party content, official/approved by microsoft, and unofficial to play ball with the simulator. That includes FSX converts which you may expect some difficulty with, but also msfs specific addons, that you wouldn’t expect such difficulty with.
I’ve had experiences with free content such as; globemaster’s that’s engines won’t work and that cannot stay on a runway without tilting backwards, f16’s that literally fly like an F35, in a horizontal direction and that cannot turn and planes that don’t have the ability to move on runways and with paid content such as; typhoons that handle like lightweight empty 747’s and that get to 500kts in about 5 seconds (reality it’s probably closer to 50 seconds) and that’s engine don’t always respond whatsoever and F15’s that, well you all know how much of a scam that was.
The main issue here being, that quality control was, well, abandoned entirely.

Night sky- According to Asobo, in the middle of London, you can see the entire milky way, and andromeda, and, just about the entire universe, clear as can be. Maybe we should lower the brightness a bit? Or the contrast?

Zooming- When you zoom in, using the scroll wheel, you don’t see any LOD increases which is kind of weird. That you’re able to zoom in but not able to bring in any more detail than you already had. This one really is a minor problem, but it would be cool if you could zoom to see thinks in more detail.

In general- The game looks amazing in some specific locations and with the right weather and time of day. But it’s not really hard at all, to make this game look like FSX with some mods.

I disagree with a lot of what you posted and while some areas can be improved, they are still top-notch when compared to other flight sims.

…but I’m more curious why someone would spend 9 months on something you are clearly very unhappy with?

Doesn’t sound like anything game breaking, just tweaks and a lot of gripes. Not sure what you would use as an alternative flight sim these days… It’s not like there are a dozen to pick from.

I’d like to know does the OP observe any of these highlighted issues ( levels of perfection ) in any other sim / game ?

I agree with everything you’ve said. If you take the “fanboi-ism” out of the equation and just look coldly and without prejudice at this game, you are correct.

OP told lies where though??

Like said above taking the fanboism out of your feelings and reading the OP again helps alot.
It’s okay…just take a deep breath and exhale the fanboism feelings before reading again…wooo sahhh
You’d be surprised on what you may actually agree with from the OP.

If you are responding to me, please note I was responding to the topic author. For some reason the software didn’t detail to whom I responded originally.

I was agreeing with you and I agree with OP.

What do you want?? A car sim?? Next thing you “demand” is real time0 tax free shopping??

What do you want?? A car sim?? Next thing you “demand” is real time0 tax free shopping??

Trees- Trees, in the UK for example, couldn’t be further from reality. s. When in real life only about 5% or so, are like that. That’s about an 85% inaccuAbout 90% of the flight simulators trees in the UK are tall thin fern/pine treeracy. I’ve gone around other countries and seen similar problems.

You indicate that only ‘5% of fern\pine trees occupy the UK’, pines are not generally native to the UK but do occupy Northern Hemispheres (Scotland for example) and are in fact a species of conifer. Conifers account for around one half (51% ) of the UK woodland area, although this proportion varies from around one quarter (26%) in England to around three quarters (74%) in Scotland. latest reseaech by Microsoft Word - PWS 2021 (forestresearch.gov.uk) indicates the following; 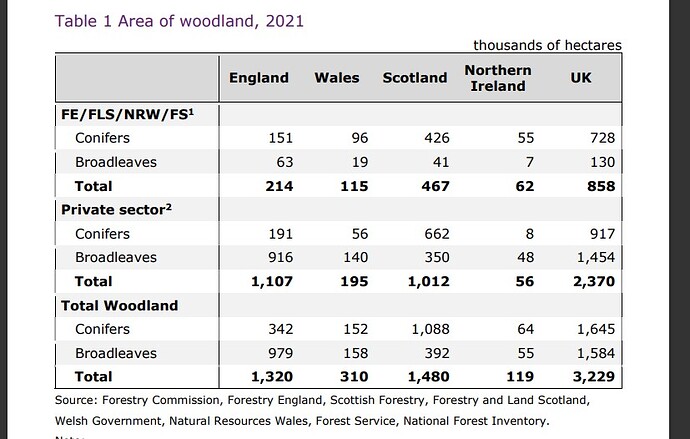 So in terms of inaccuracy I think most people would trust the Forestry Commision in the UK not you.

probably because he bought it , so he has to play else waste of money lol

MSFS has many issues but a lot of those issues are really nice to haves than what the sim is all about (flying) IMO. I’m not saying that the flying experience is perfect (far from it) but it’s interesting none of that is mentioned by OP.

You might be right on some points, just wondering, do you have a beter alternative? Graphics, sound and AI are far ahead of even the most expensive and advanced Level-D simulators, and that for 100 or so bucks is not bad at all. Not saying its perfect, but it is far ahead of anything else on the market.

Don’t bring logic, numbers and reasoning into this…

Sure well take your word for it… 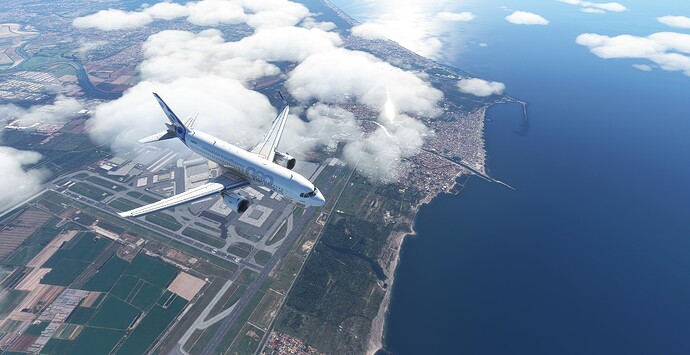 Where I stand with MSFS…yes its the best visual Sim out there and I would lying if I said I didnt enjoy the game.

But have to agree with some of the points OP is making.

However the past couple of month things have bee niggling me with regards to the Sim…its great for VFR, however IFR needs a lot of work. All updates concerned about visuals…and main concern lately is bush trips are broken.

It also shows the amount of GA planes being developed in the sim.

I personally could not care less about the bush trips…What I am annoyed with, the traffic. A/I traffic, not working. IFR not brilliant…Asobo stopping 3rd parties to develop (Disclaimer I know nothing about programming).

So I dont want this to lead X-plane vs MSFS (thats been done to death), but I bit the bullet and ordered x-plane 11 on steam was on offer, with plethra of addons, and I have to say it was nice having a busy airport and flying 3rd party planes. Like all sims all default planes are rubbish.

So now I can enjoy both platforms one VFR one IFR with busy airports.