Spitfire is spitting me to the left violently!

Am I the only one struggling with takeoff ?
i only put 4 boost , half RPM lever. it goes smooth and straight, I push a bit of right rudder and I think I’m good and then within 1 second, the aircraft pushes me violently to the left and I have to apply FULL rudder quick enough or else I crash but even with full rudder , it’s not enough to bring me back, I would need 200% rudder honestly! I’ve seen the posts and discussions but I almost feel like something is wrong since the landing are piece of cake. I have the same behavior from the aircraft with clear weather or crosswind. Only “good” takeoff I have are the ones I anticipate that extreme pull to the left by pressing full rudder and it happens so quick that only 1 out of 10 takeoffs are acceptable. I honestly think pilots would have died more in the past if it was that bad. What’s your opinion on this? btw , i use the saitek rudder.

Probably not a bug, but a deliberate attempt to compensate for some other flaw in the flight model. In essence, in a crosswind takeoff, the crosswind component is non-existent until you are moving, then as your speed increases it slowly builds.

Planes pull hard to the right on take off Aircraft Systems

Greetings, I’m not sure if this is a controller issue (haven’t found anyone else with this issue) or a sim issue. When I fly single prop planes, like Cessna for example, when I go to take off all of a sudden the faster I go the hard the plane pulls to the right. I use the rudder to bring it back but it gets so bad the plane gets out of control. Once it reaches the point it’s pulling so hard to the right I usually have just enough speed to to lift off. Once in the air everything is fine. I a…

Furthermore most of these airfields had 3 runways, which means that crosswind wasn’t a real factor since you could most of the time take off and land with a direct headwind.

Until Asobo fixes the ground friction and severe weathervane issues in the sim I’ve given up on caring about what happens during takeoff and landing as long as I don’t crash.

For the Spitfire, I hold back pressure on the elevator to keep the tailwheel on the ground until the plane lifts off. I start with about +1 boost then slowly add some more as the speed comes up. Not very realistic but it gets me in the air where I can enjoy the great flying from there.

Also; make sure you are on modern flight model.

There’d be no warbirds left if that’s how these machines actually behaved. I’m not at all convinced this is close to realistic behavior, but is likely a defect of the flight model. You can jam the throttle full forward and you’re tracking straight until you hit 50 knots. Then it’s a sudden yaw to the left. That tells me it’s not torque or p-factor, which should be working against you from the start. And it does it with calm wind, so it’s not a crosswind either. You watch both original warbird training videos and modern Sptifire pilots narrate their take-offs, and it’s not a desperate fight to keep it on the runway, let alone tracking straight down the centerline. Dave Hadield here says the Spitfire isn’t the problem you read about in history books and actually has “nice manners” on the ground: https://youtu.be/QY8CgbVHQrs?t=419

Even more weirdly is this doesn’t seem to affect all users. The inconsistency is probably leading some to shrug this off as “pilot error” rather than the sim doing something wacky for some players. It’s not the first time we’ve seen such inconsistent behavior in the sim either, whether it’s machines with the same specs getting wildly different performance, or irreproducible connectivity bugs that only some users are experiencing. The Corsair noses over on to its back with a 20 knot tailwind in the parking spot every time for me. The devs can’t seem to reproduce that.

The Corsair also does this severe left turn, and even more pronounced, which makes me think it’s the base Flight Simulator modern flight model. The P-40 does not do this. It’s a handful and challenging take-off, but that sudden, nearly uncontrollable yaw to the left at 50 knots isn’t there for me with that plane. I tried everything in the Corsair: tailwheel lock, easing the power up, setting recommended aileron and rudder trim, back pressure, calm wind, right aileron right rudder. When it starts to yaw left, full right rudder won’t touch it and you’re off the runway. Then I discovered that the toe brakes are actually quite effective at speed in the Corsair. Now I simply don’t bother with any of the trim or tailwheel settings and just jam the throttle and rpm forward and steer with the toe brakes, and I can keep it on the runway no problem.

For the Spitfire, I have to ease the power up gradually and then keep it under 6 or 7 boost, waiting anxiously as the speed builds, and then just fight it at 50 knots or whatever when the wackiness kicks in, using rudder to keep it on the runway and large aileron inputs to keep it from rolling. The toe brake trick doesn’t seem to work. If I keep the power way down I can usually keep it alive, but it’s still a squirrely mess of yawing and rolling. I don’t see how practice or procedure would help with any of this. The behavior seems inherent and there’s little you can do about it.

You can jam the throttle full forward and you’re tracking straight until you hit 50 knots. Then it’s a sudden yaw to the left. That tells me it’s not torque or p-factor, which should be working against you from the start.

Did you look at either of the two threads I linked to? They explain exactly what is going on.

Crosswinds? It does it with no wind.

Then what you are experiencing is from the plane itself.

Yeah, I strongly suspect it’s the flight model. But who knows, maybe it’s the controls or something on my end, which is why I’m open to trying anything as this really detracts from the fun of flying these planes sometimes.

It might still be related to the crosswind issues too, but on a more base level. Like the model’s transition from a “ground state” to a “flying state” being unrealistic in that it suddenly switches over, which a crosswind would exacerbate.

With these old war tail draggers you need to slowly advance the throttle and use your rudder to compensate for torque and any ground effect. Once the back end has lifted then again slowly add full power.

You can’t just jam the power like you see in the movies!

That’s how it should work, and I think the P-40 is pretty close to this. But the sim does something different with the Spitfire and Corsair. To get the Spitfire off the ground in a controllable manner I have to use way less power and go way slower than real pilots do. For the Corsair, I actually can jam the throttle full forward and it tracks straight for quite awhile, and then correct the yaw with braking when it really gets going.

Even so the airplane has a violent nose left yaw moment that is severe. I am certain this is an MSFS problem that, coupled with the incorrect rudder behavior, makes the Spitfire virtually uncontrollable on take off - unless you take precautions. Unrealistic in some cases but you have to prepare to take off properly (for the FI Spitfire) by rolling in some nose up elevator trim, some nose right rudder trim, some right bank elevator trim, pull the prop RPM back about 30%, lock the tailwheel and keep that on the ground rather than ‘flying the tail’ - sneak the throttle up to the 35-40kt indicated nose-left yaw moment - counter it carefully with right rudder to hold the line- then power up and get the airplane off the ground best you can.
Pulling the prop back by approx 30% before beginning your takeoff roll gives you more time to react to the left yaw and also makes that yaw moment more gradual for some reason. I have no idea what MSFS has done with their global flight model - it is a mystery. But this method lets me fly the FI Spitfire regularly…just as with the Corsair.
In a real prop airplane of any type you would never take off with less than full forward prop RPM, but this reduction actually works - just remember to increase to full forward once you have the gear up for the climb to cruise altitude

I have found using 2 degree right rudder trim dampens this effect enough for me to get off the ground, then reduce trim once safely flying. I still have to use rudder and aileron to keep level and on the runway, but it makes a difference.

Is this happening as the tail lifts? The gyroscopic precession in this particular taildragger is extreme. Not excessive, extreme.
In stead of a wall of text, just watch the video. Pay extra attention to the bicycle wheel… 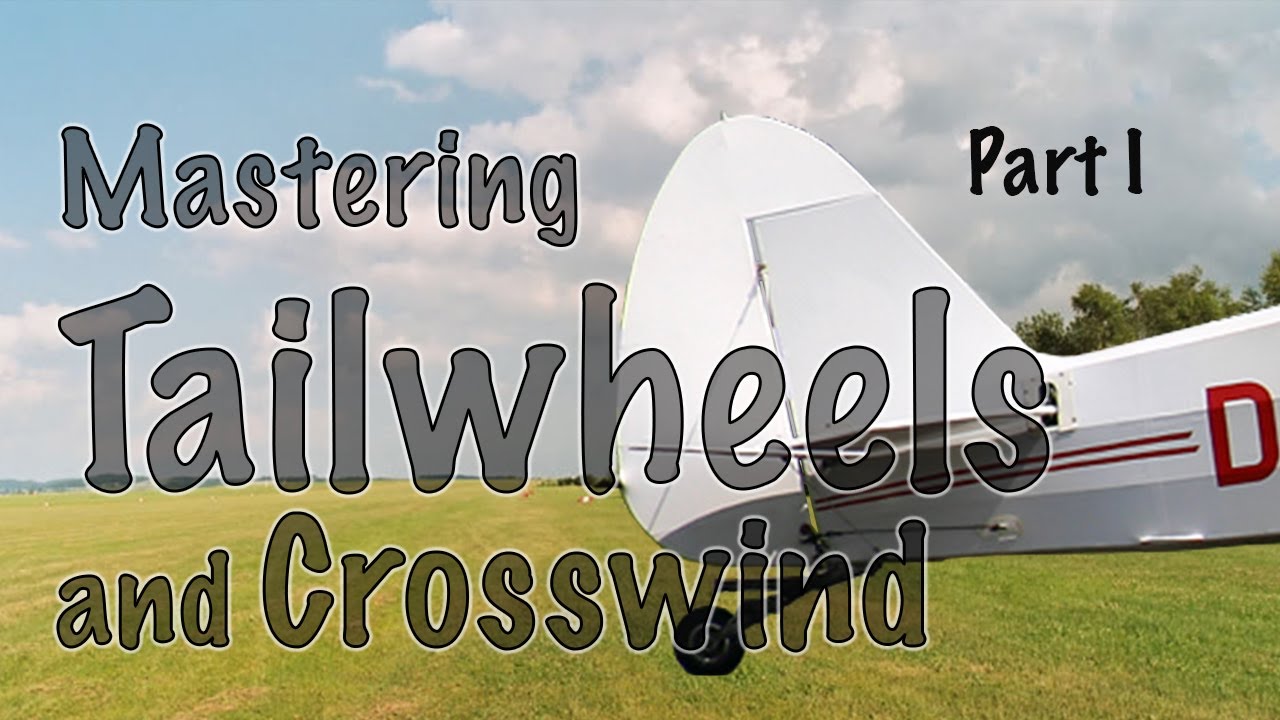 Thank you for that long explanation. This is exactly it. Which makes me think there’s something wrong with my input device, MSFS or the spitfire. I consider myself an excellent flight simming pilot and this is something I’ve never seen before. It’s like no left pull until 50 knots and then extreme pull. I like the word you used “Anxious” This is me everytime I use that aircraft since I bought it yesterday. It’s too bad because flying and landing it is awesome and perfect for me.

Is this happening as the tail lifts?

Tail is planted on the ground still. It seems to be airspeed dependent, not attitude dependent. The tailwheel instruction I see suggested in these threads is interesting and well intentioned, but it doesn’t appear to be applicable to what’s happening in the simulator. I don’t think these planes are behaving like an actual tail dragger.

Not sure if this will help, but I’ve found some smaller runways have an incline in the first third. I always get a near unrecoverable left turn from my Spitfire or Corsair. If that’s the case, I ignore the game ATC and go to the other end and it’s much easier to take off.

I did some more testing tonight and it’s much better putting aileron nose up pressure (putting pressure on the tail wheel) but still extreme when there is a wind factor. Had a blast flying in Greece taking off alexandria (LGAX and landing on an island at LGKR) and flying twisties over and between mountains. Gorgeous area.