Absolutely true, I just wanted to show how bad a spin the worst case scenario could get me.

like I showed in this other post right before (video of me doing a spin in a real plane)
Look how the plane stops turning in a crude way, thats when I applied full opposite rudde

Everytime I got into a spin in flight sim 2020, going faster into the spin got me out of the spin somehow

Havent moved the yoke
The examintor in the videao clearly asked him to use full left rudder while initiating the spin, as I did.
another spin out of control brought me back in control go figure.

Hello everyone, I’m making an attempt to bring this issue to the attention of the MSFS developers by asking them about it during the upcoming developer Question and Answer session due to be held live on Twitch on January 27, 2021 6:30 PM (UK time).

Do the developers have plans to address the apparently weak adverse yaw in the flight model of GA propeller aircraft? Dev Q&A: Submit Questions

Lots of MSFS users, many of whom are real world pilots and flight instructors, have noticed from day one that there’s apparently little to absolutely no adverse yaw present in pretty much all of the default GA propeller aircraft in Microsoft Flight Simulator. This issue also affects some of the third party payware aircraft as well. (For example, the Carenado M20R also suffers from it somewhat). As described in the following thread with 182 votes, with numerous real world video examples, suggest…

. I saw quite some technical subjects are being voted for, there is hope!

Here is a list of adverse yaw effects we study at PPL level wich imo is the very basic.
Keep in mind there are some Wanted yaw, (as the one needed for a coordinated turn.

We also can break all of these down to a relation with relative speed/density of air.
Like someone said in this post , lift off in a cessna 152 from a track at 40 knots , while it is (possible) leaving the ground effect should bring you right back on the ground effect.
All of this is very basic understanding skill for a real pilot.
I know modeling must be a big job but as far as SIMULATION, you can’t cut the corners round.

This thread covers most of the missing prop. effects you are mentioning:

By the way slipstream, asymmetric thrust, torque (theoretically not a yaw effect, only on the runway this will cause yaw due to difference in wheel drag), gyroscopic effect (can be a yaw effect when pitching) and P-factor are not “adverse yaw”, adverse yaw is solely the yawing caused by difference in induced drag during turns. But I get your point.

sorry but you are wrong. those are all adverse yaw effect.
Please don’t get people wrong information

Not in my book, adverse yaw by definition is the yaw resulting from differences in induced drag during turn i.e. the nose yawing in opposite direction to the direction of turn. Look it up.

Not that Wikipedia is such a reliable source always but: Adverse yaw - Wikipedia.

Yeah I see your point, you make a difference between adverse and undesirable yaw.
this tho > explain me how asymetric thrust can only be a yaw effect on runway?

Asymmetric thrust is not, torque effect technically causes a roll which causes yaw due to difference in wheel drag on the runway.

I read about this the other week, knowing it happens, and how to counter it, but didn’t know the mechanics of why. This page explained it rather well:

I knew it was happening, expected it, but didn’t know it was due to the left wheel being forced downwards, in response to the clockwise spinning prop.

You live, and learn.

On a low power piston engine I don’t think the torque effect is much noticeable though, the other effects, primarily slip stream has a far greater effect during take-off roll. The only time I ever really experienced the torque effect is during stall with power ON, you will notice a slight roll not very strong either. On high powered aircraft it might be a different story though. Highest power single engine prop I’ve flown was a G36 Bonanza, only a few hours and I didn’t do any stalls in it. Otherwise I’ve flown mostly 160 / 180 BHP pistons…

On high powered aircraft it might be a different story though.

that is exactly how they teach it in school. but think of newtons law, every action = a reaction…
I personally think this: (the moment you increase or decrease the engine speed) is a yaw factor …
Since you add more force on one wing (depending if you add or remove some power) then the friction from the aileron required to maintain a flight level should also be a yaw factor… I know it’s a stretch but I know it’s there

Yes the prop turns clockwise, so the airframe experiences torque and has the tendency to roll (not yaw) anti-clockwise. You might need to use ailerons to compensate which creates some trim drag which in turn creates a small yaw, but the primary effect of torque is roll, not yaw. Otherwise I agree

agreement accepted haha, can you now imagine a guy wich never sat in an airplane trying to script this…

sorry but you are wrong. those are all adverse yaw effect.
Please don’t get people wrong information

Dude! Click on Ninja’s “Nijntje91” avatar and read his profile. I’m not saying he’s never wrong, but be aware who you’re debating with. That being said, if you were just trolling him for fun, then have at it!

Oh and btw, slipstream effect is mostly countered by making the tail a little offset. The fact it has been fixed doesnt remove the fact that it exists. In fact in my opinion, it shows that it is strong enough so they needed to take action against it. 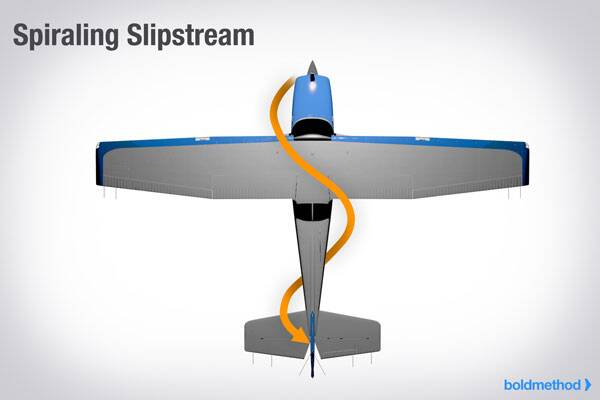 I remember reading that everything makes your nose go left, it’s kinda hard to point out how much exactly what factor makes you go how much left

I respect this fact, but it is by no means an argument