Stutter exactly every 5 seconds in the main menu (Shadow)

It’s amazing how consistent this problem is. Initially that gave me hope. Unfortunately there’s been no breakthrough, yet.

Wether I fly or even in the main menu: Exactly five seconds apart the sim stutters for a moment. I can count down to the next occurence. 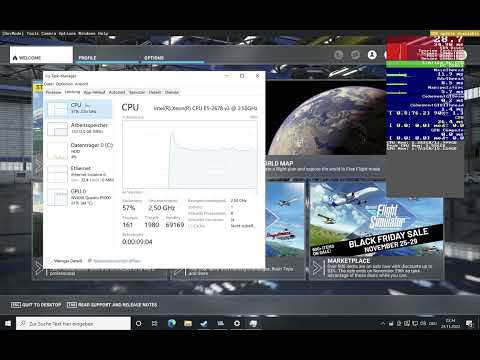 The FPS counter in the video shows capped 30. But even when not capped at low settings it drops to ~55. But in the cockpit even the relatively high 55 FPS result in noticeable stutter. My conclusion: It’s actually not about the framerate.

I disabled online functionality. I emptied my community folder. I read about similar issues with glass cockpits and mod planes. But I’m in the main menu!

I tried quite a number of things.

First I’d like to circle in on the problem. What could be a possible reason?

Is it MSFS? Is it Windows? Is it Shadow?

a Xeon E5-2678 … not realy made for gaming these 10 years old cpu. I remember a similar report in forum for that CPU and very strange with the same GPU and exact same amount of RAM

Do you have any add-ons in your Community folder? If yes, please remove and retest before posting. No, nothing is in my Community Folder. Are you using Developer Mode or made changes in it? Only Using Dev Mode to view FPS. Nothing else is touched in Dev Mode. Even with Dev Mode off it is still performing poorly. Brief description of the issue: The FPS is stuck at 15-20 Max (VSync Off) saying “Limited by MainThread”. The thing is, it’s barely touching my CPU with entire system usage not goin…

But may be possible are also other reasons, like a VPN ( what this ‘shadow’ is ), anti-virus-tool, etc…

Interesting, this person even has Shadow “Boost” while I’m at the default tier. Their issue is very strange. I mean I get 30 FPS at 2880*1800 on the MacBook Pro, and it’s the GPU that’s limiting.

Also, did core usage change? I see all 8 cores used, if I’m not mistaken? Did MSFS use one or two cores only in the past?

Hi… I think I had a mistake in mind what these “shadow service” is. I thought it is a VPN, but you have a “pc in the cloud” ( virtual ) or ?? that would also explain the same hardware ( which is not made for gameing ) and may be the exact same problem ( may be all of these are simple virtual engines ).

Then we not longer need to search the problem by MSFS

ah, and I forgot:

Did MSFS use one or two cores only in the past?

no, MSFS used allways all existing cores… of course there is the “mainthread-limit” problem, but if that not meet, all cores are fully used.

the same hardware ( which is not made for gameing ) and may be the exact same problem ( may be all of these are simple virtual engines ).

Then we not longer need to search the problem by MSFS

Check YouTube videos where people showcase it. That’s why I bothered to try it.

Except for these annoying stutters every 5 seconds it’s actually fine. I can run the sim on medium/high settings. Reducing the settings does not solve this problem, though.

yep… but there are “business pc” and “others” ( the website is bit confusing ). And a Xeon e5 with a Quadro P5000 gpu is nothing for gaming, may be game-server. Seems they offer also PC’s with a 1080 or a 3070, but as mentioned: a little bit confusing these website

About the stutter, I’am not sure… if they offer virtual engine, that might be a reason. But may be there is others within her network, etc… You can only collect more informations from other shadow-cloud-pc users.

PS: I assume we all had not noticed in that old topic the fact “Shadow cloud pc”… Like I made first the mistake in this topic

EDIT: ah, I think they “work” on the new products and they are currently not available. These site mentioned “pre-order since 10/2022” ( https://shadow.tech/specs )

Shadow has undergone a development. As the whole cloud gaming market has.

Quality and peformance with Shadow is better than Xcloud. And I get to use mods.

It’s not the best setup, but it meets a certain standard. I’ve also been using the Geforce Now RTX 3080 tier, and trust me, I’d prefer that if it wasn’t for mods and MSFS being locked into Xcloud.

I ruled out other factors.

you can not compare looking a video with playing a game. For me it looks the whole VM stops each 5sec , at least it looks like the taskmanager stops too. At the end it is still a virtual PC and the shadow-provider support should can help. In case you see only a stutter in dev-mode and also only in menu, then simple ignore that. Also use Low-Power-Mode in game settings. Others I can’t recommend.

And also as mentioned, these completly setup with the “xeon and a quadro” is far away that the provider can tell that “gaming” ( and he also not do it, because he offer that as business-package ).

I can stream 60 frames of fast moving images. So it’s not the network. That’s my point. You focussed on the video part and skipped that I also mentioned another game.

Please, let’s agree to have our opinions about cloud gaming, and just call it a low/medium spec system.

I can’t see the task manager or the whole system freeze. Other demanding applications don’t show this behavior. It’s definitely specific to this game.

Of course I also talk to Shadow support, but since everything else runs smooth, what do you guess is their reply?

It’s also during flight what makes it so annoying.

So, please, if anyone can contribute any tracks to actual follow, please let me know.

not sure, but sounds you understand my words as critism… I have nothing against your opinion. I only tell that with high probability the static 5 second hicks ( if msfs is hosted on a shadow-service virtual pc ) is caused by that virtual engine.

Related to " network ": that is a wide range… which ports, which protocolls, the virtual network cards drivers, the backend in which the virtual engine is hosted, etc… Therefore I mentioned that streaming a video is a different story. But wheter it is caused by network stuff, I’am not sure… may be more something like the hypervisor, what ever…

I hope you find anyone which give you more hints, but as you see in the already existing topic I fear not… 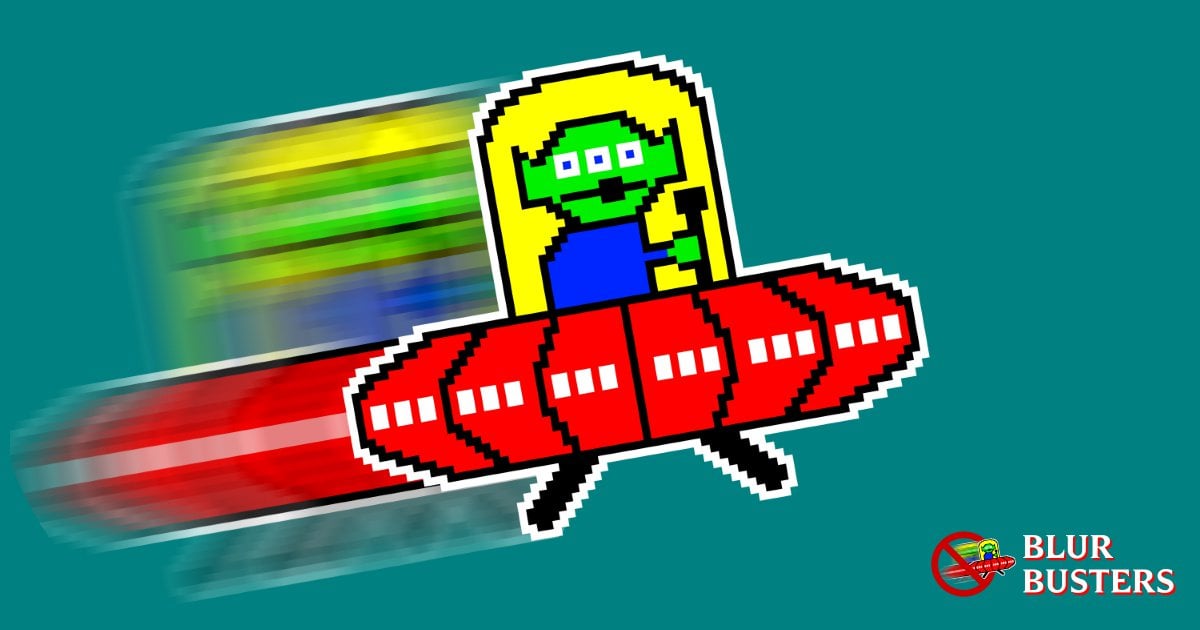 r/ShadowPC - Stutter in gameplay on the Shadow PC

No worries, we’re good. It’s just: I always get pushback regarding cloud gaming.

It’s a complex system. But so is every local PC. There are people with the exact same problem without a VM involved, and they can’t make progress either.

I just wish we could investigate. We don’t even know how to circle in on the cause.

All I know is: MSFS gives me the stutter while other games don’t. All the possible solutions scattered in various forum threads don’t help so far.

Some people report they had this issue come and go with sim updates.

I always get pushback regarding cloud gaming.

thats not what I want to say… I think, if CloundGaming will work fine, it is a great alternative

So I not focused on cloud-gaming, may be only about that current product they offer, may be…

I added some results from big google search, and seems its not a unknown for some users ( I search simple “shadow gaming stutter” ).

PS: only other idea is then its localy… restart router then, etc… but not sure…

seems its not a unknown for some users ( I search simple “shadow gaming stutter” ).

I read reviews of the upcoming Shadow Power upgrade. I was surprised how often people mention MSFS to run very well on ultra.

I know my current setup is limited. Somehow I still hope it’s just my settings, and that I don’t have the balance between CPU and GPU right.

I hope for you, its somewhat with the router , your connection , etc… Also if I already wrote it, check may be your local connection - who knows . With a bit luck, it is not by the shadow-provider

Hi,
Shadow default tier user here for many years now. I stopped FS for quite a while though, and was back at it yesterday. That’s when I observed exactly what you describe, with sound stutters as well. As you say, every other games run smoothly, I only have this problem with FS. I tried to redo a maverick challenge (one I already did in the past), and ended up crashing a few times and quite bad result compared to what I did before.
I don’t know when this problem appeared but it definitely ruins the game

I’ll look at the Power upgrade, when it becomes available again. Reviews praise it for running MSFS.

Asobo would not investigate. Because it’s a VM. Too bad. It’s not a unique system, but a unified, managed platform. The issue is reliably reproducable. But I get their point. Too many factors involved.

every other games run smoothly

Well, not totally smooth, e.g. the SCS truck sims, but definitely not the perfectly timed 5-second stutter. SCS games too aren’t known to be stutter-free.

I have yet to try other games.

Asobo would not investigate. Because it’s a VM.

Too bad as you say, but not the first time it happens for shadow users. Usually problems come from anticheats that prevent games from operating on a VM. Here it’s quite different but I’m afraid we won’t get too much support from neither Asobo and shadow, cause both will say it’s too specific!

I’m afraid we won’t get too much support from neither Asobo and shadow, cause both will say it’s too specific!

I don’t expect support from Shadow because it’s game-specific.

Asobo can’t possibly have someone remotely connect onto each of our machines to investigate all the stutter issues floating around.

Not sure if the VM is really the reason. From my own job experience it’s just too much to ask to provide individual support on a large scale.

I just got the Shadow Power upgrade.