Yes, why waste time improving the simulation of an aircraft in a flight simulator…
These things are not mutually exclusive. There is no reason to stop improving one part of the simulation because another entirely unrelated part, has not been fixed yet.

This looks extremely complex. Looking forward to the tutorial.

I play on PC with an Xbox controller. And there aren’t enough keys on the controller for all those shenanigans.

Get yourself a chatpad. MSFS will recognize one as a virtual keyboard and you can use/reassign hotkeys on the Keyboard side of the Control Settings page.

I moved the Parking Brake and Landing Gear off the controller’s d-pad, for example, and use those buttons instead for Left and Right brakes.

Would I be able to use the controller and the keyboard in tandem?

I notice some keys are mapped with a ‘vk_’ prefix (vk_slash, vk_colon, etc) which I assume will deconflict with a PC keyboard because those keys are recognized as being pressed on a virtual keyboard.

Most of the other keys, I assume, will be interpreted as key presses on the physical PC keyboard.

It worked great. Why break it? If that is the route than NWS should be enabled by default. Then have a toggle for NWS HI or NWS HI Disable. Why break the F/A-18 model by introducing something no one is aware of and extremely specific item for such a basic function.

Users should be able to steer plane by default. Having it disabled, most users will see it as plane is broken / bug with MSFS. Very few will troubleshoot it and find this thread.

Can you please share a screenshot of your key binding to this feature?

Sure, here you go: 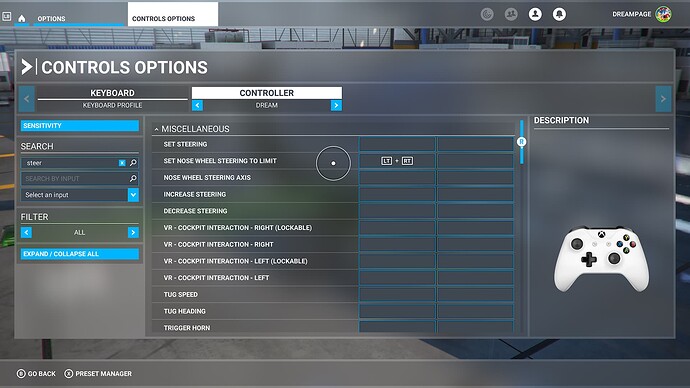 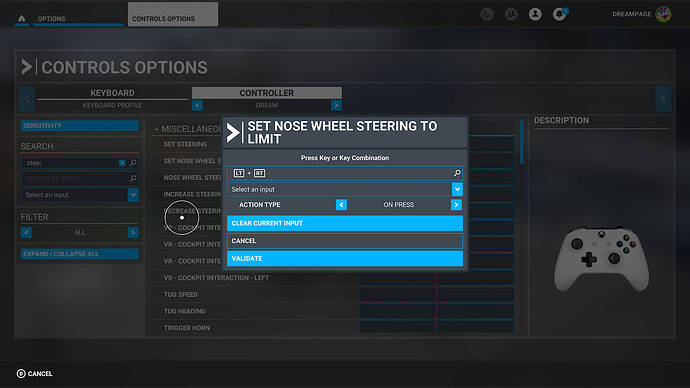 This was so confusing for me when I checked it in the control options.

Now I know what to do exactly.

Thanks a million for your time and kindness.

…or, you could do as I do and pin nothing and just use mouse and click in front of stick the NWS button, that enables the nose wheel steering for the rest of flight to your usual rudder controls, as it was before the update.
…using XBox controller on PC…

I have decided to do exactly this without assigning any keys. Does the job perfectly well.

Thank you once again.

That could be just as good (or an even better) method. I noticed that this key binding applies to all aircraft, however if you manage to press both triggers at the same time, it completely locks steering on non-supported vehicles. I landed in a Cessna 172 and wanted to quickly apply rudder to one side then the other, accidentally pressing both triggers simulatenously. After this I could not steer the aircraft anymore.

So it might be a better idea to bind something else to this, or nothing at all, and just deal with it in the F/A-18.

I made the changes to my T.A320 Joystick…Thank you…works as you noted.

Turn on the NWS as shown in the quick video below to steer the aircraft on ground: 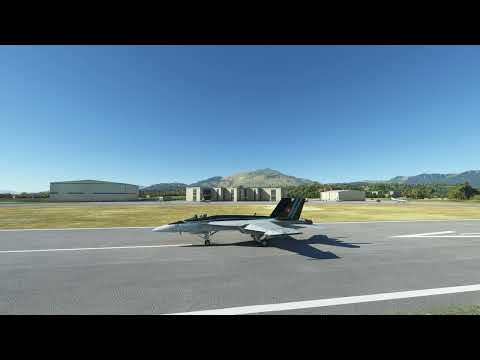 Learn how to do this in 20 seconds…