[Sugestion] On the control assigments

Day 1, extremely happy with the new Flight Sim. I’ve been out of the ESP platforms for a very very long time, and it is good to be back. However, something that is a feature for many, might also be an issue for others when assigning buttons for controlling the aircraft.

When selecting a button that had already been assigned by default when FS detected my hardware (HOTAS Warthog + TFRP), it doubles the functionality. I have looked in to the Forum and some people approve that feature. However, it is extremely annoying in some cases when I do not want that to happen (in my case I never want that, being used to XP and DCS). When I assign a button that is being used for another function, I want it to erase the previous one, not to have one button to control two things, search for the other input and delete it afterwards.

Thus, in order to please both who like the feature, and those who want that a new assignment to be used with only one function, would it be possible to have an option when the ‘this is already being used somewhere else…’, to clear the previous assignment? For example, checkbox or an ‘x’ to delete the previous function, such as in the image attached. 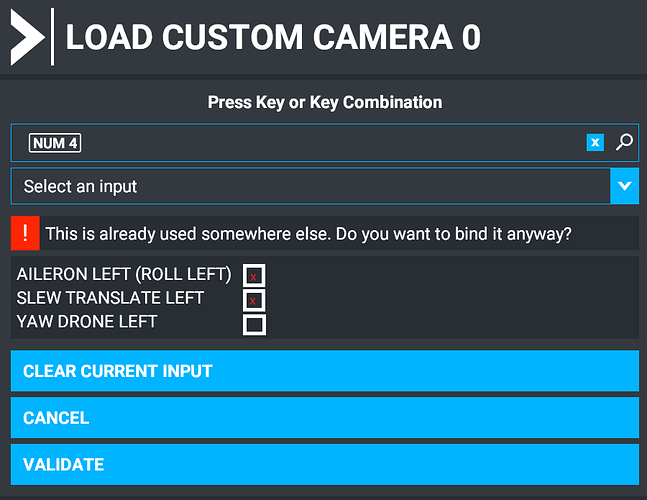 I found this thread waaay at the bottom of the wishlist, from before voting was a thing.
I think it deserves more attention.

It annoys me too that I have to look for the other binding to remove it.